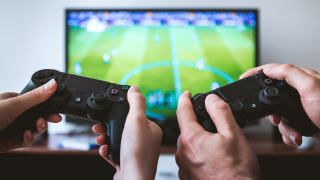 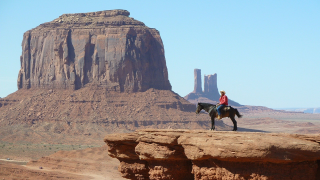 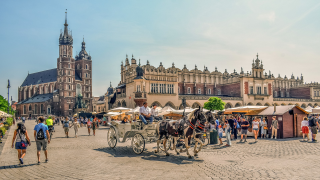 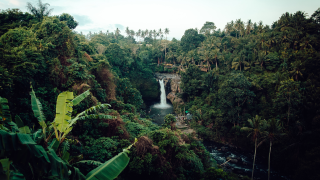 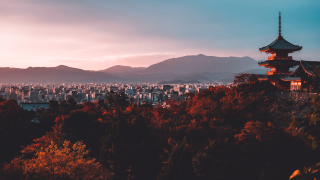 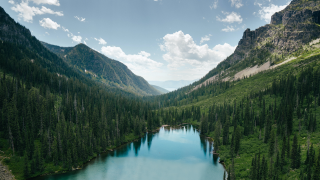 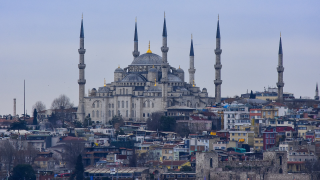 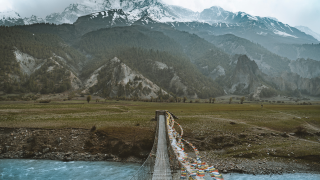 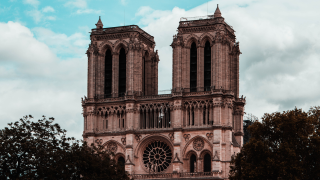 The Best Video Games to Play for Virtual Travel During Lockdown

Satisfy quarantine boredom and wanderlust with our round up of the best virtual travel video games to play in lockdown. From Istanbul to Kyoto, these top video games will transport you around the world with their realistic maps based on real-life settings.

Fans of the Wild West and Western movies are sure to enjoy the maps of Red Dead Redemption II, which are based on real-life areas of the Western, Midwestern and Southern states of the US. Set in 1899, the game follows the adventures of outlaw Arthur Morgan as he rides on horseback through settings based inspired by New Orleans, Texas, Virginia and Louisiana. If you're not playing on PC, you can buy the XBOX One version here and the PS4 version here.

The Witcher novels have now been made into both a TV series and a video game. The award-winning game follows the Witcher Geralt of Rivia as he battles monsters in a map based on the Polish regions of of Gdańsk, Wrocław, Kraków and Warsaw. If you're not using the PC version, you can buy the XBOX One version here, the Nintendo Switch version here, or the PS4 version here.

Lara Croft has travelled all over the world on her adventures, but the last instalment of the Tomb Raider series has, unsurprisingly, the best graphics of them all. Play this game if you want to imagine traipsing through the jungles of South America: the backdrop of her journey to the lost Inca city of Paititi is based on the rainforests of Brazil, Peru and Bolivia. If you're not playing on Playstation, you can buy the XBOX version here.

The Legend of Zelda: Breath of the Wild: Kyoto

Wishing you were in Japan? The game’s director, Hidemaro Fujibayashi, based the maps from The Legend of Zelda: Breath of the Wild on Kyoto's topography. Expect to see Shintō temples drawn from the real city, as well as mountains, forests and ravines inspired by the surrounding region of Arashiyama in this Nintendo Switch game.

For the fifth instalment of The award-winning Far Cry franchise, players are sent to defeat a fanatical doomsday cult in the state of Montana, US. Although the town of Hope County is fictional, the similarities between the game's maps and real-life Montana are striking: landmarks including St. Mary Lake in Glacier National Park and the historic Lutheran Church in Melville make appearances throughout. If you're not playing on XBOX you can buy the PS4 version here.

Shop for XBOX One

The fourth game in the Assassin's Creed series has one of the most captivating maps: Turkey. Players follow protagonist Ezio as he leaps across the rooftops of Constantinople in 1511 AD (present-day Istanbul) and the underground complexes of Cappadocia during the rise of the Ottoman Empire. Istanbul's famous sites including Topkapı Palace, the Galata Tower and the Hagia Sofia Museum all make an appearance.

Sleeping Dogs is set in a clearly recognisable contemporary Hong Kong, and displays an uncanny similarity to landmarks including the Causeway Bay Circular Footbridge, the Court of Final Appeal Building and the Bank of China Tower. The general look and feel of the city's streets are well replicated and the famous Jumbo Kingdom floating restaurant, which featured in the James Bond film The Man With The Golden Gun, also makes an appearance on this video game map. If you're not playing on PS4 you can buy the XBOX One version here.

Uncharted 2: Among Thieves: The Himalayas

In this instalment of the Nathan Drake series, the game's creators were inspired by the voyages of Marco Polo through eastern Asia in 1292. One of the most stunning locations on the video game map is the Himalayan mountains and its surrounding Tibetan villages. Game players will also get a chance to travel into the fabled city of Shambhala or Shangri-La, which is supposedly hidden in the Himalayan mountain range.

While the setting of Constantinople from Assassin's Creed: Revelations may be more exotic, critics prefer the map of French Revolution Paris in Assassin's Creed: Unity. The locations featured have been praised for their highly detailed and accurate replications, and those familiar with the French capital will recognise everything from the spires of Notre-Dame cathedral to the underground passageways of the famous catacombs. If you're not playing on PS4, you can buy the XBOX One version here.

Lockdown Gifts to Send Friends and Family in Isolation

The Best Women's Loungewear For Lockdown