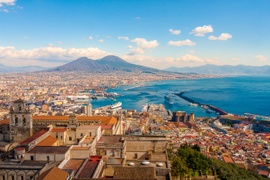 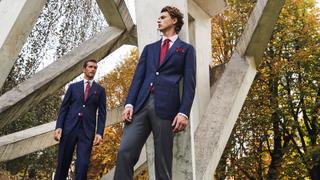 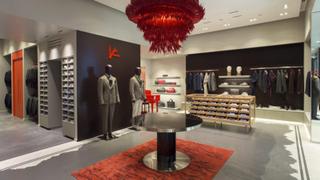 "Full fathom five thy father lies; Of his bones are coral made.” This line, from Shakespeare’s The Tempest has lodged itself firmly in popular culture, being quoted by Jackson Pollock as the title of a 1947 painting, James Joyce in Ulysses, even by Hawaii Five-0. As any diver will know, coral is a natural wonder – especially where it forms a natural skeleton for the sea in the form of a reef.

Red coral is also a good luck charm for the city of Naples and the logo of a third-generation family firm of Neapolitan tailors that goes by the name of Isaia. If you’ve not heard of it, that is because it’s a pretty exclusive outfit: in 1957, it moved from Naples to the next-door small town of Casalnuovo, where it’s been said half the residents are professional tailors.

Founded in the 1920s by Enrico Isaia as a drapery store, it was turned into a made-to-measure menswear shop. His sons developed the business and today their children preside over it, maintaining the needle-and-thread traditions of Neapolitan tailoring while embracing new technology.

The city’s sartorial spirit is one of elegance and subtle peacockery. This is something enshrined in the ritual of the passeggiata, where both sexes put on their nest to parade along the main streets of their towns and cities. In Naples this still happens in the early evenings along the seafront, though today hoodies and sneakers outnumber the shirts and ties.

Paradoxically, the Neapolitan look is relaxed and dandified at the same time. A gentle, soft shoulder is either left natural, or has padding inserted, resulting in a slightly pronounced “roping”, a high-cut armhole, a defined waist. There’s room for quirkiness too. At Isaia this is expressed in unusual colours and patterns, like plaid Capri suits or the lilac and red unlined and unstructured Sailor sports jackets. There’s also the brand’s cartoon mascot, Corallino (named after the coral logo), who is the brainchild of Gianluca Isaia, and gives an amusing class in the meanings of Italian hand-gestures on its website.

Isaia points out that “real ‘handmade’ tailoring is... a series of rules and artisan techniques that have been passed down through centuries and are continuously updated and cultivated”. As he says, “a made-to-measure suit is an extension and expression of the personality of a man who knows what he wants and demands the maximum quality”.

But don’t think this Italian family business with its impeccable heritage is uninterested in the present or future. Its Aqua series of garments – separate jackets, a suit and even a tuxedo – are made from water- and wrinkle-resistant fabric, so are ideal for travel. In the end, Isaia gives a valuable lesson in how past and present can combine happily and how style can be successfully married with substance.