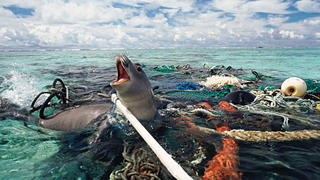 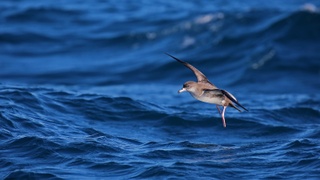 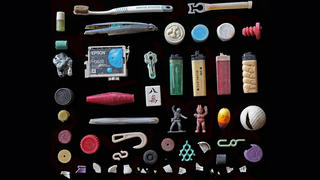 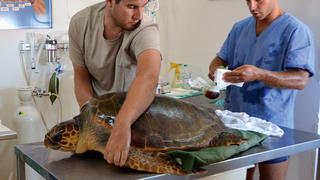 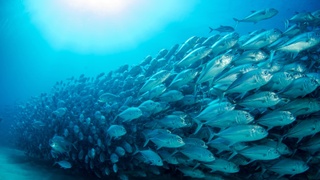 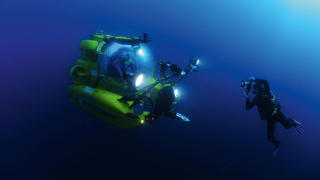 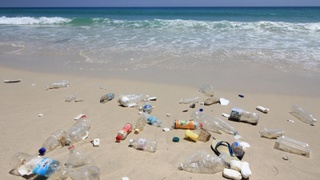 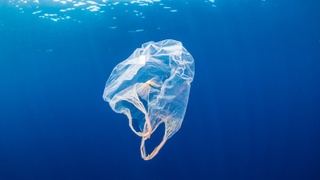 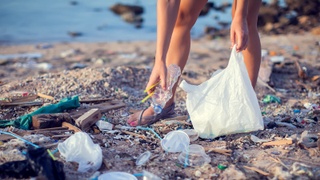 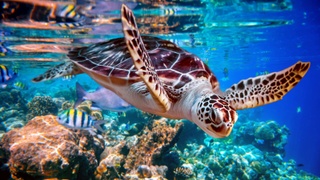 Plastic pollution is damaging our oceans, but sustainable solutions could help marine life. Find out everything you need to know about the environmental crisis through the documentary A Plastic Ocean.

Anyone sailing Australian waters will have seen shearwaters, or 'muttonbirds', wheeling through the sky. Though the shearwater subspecies is known to be in decline, around 17,000 breeding pairs remain among the 130 bird species that can be spotted on Lord Howe Island. The marine park and World Heritage Site is thought to be idyllic, but as Dr Jennifer Lavers, a research fellow at the Institute for Marine and Antarctic Studies in Tasmania, knows only too well, this is not the case.

In arguably the most shocking sequence of a new feature-length documentary, A Plastic Ocean, she is seen opening the tiny stomach of a 90-day-old chick, one of about 10 dead birds she had collected on a single beach that morning. She extracts 276 individual pieces of plastic, some the size of coins. “There is absolutely no doubt that this bird died as a result of plastic,” she says. “It has literally a gut full of it.”

The plastic accounts for 15 per cent of the chick’s body weight. “If we calculate that in human terms,” she explains, “it would be like having six or eight kilos of plastic inside your stomach. Imagine your quality of life. Once ingested, plastic can block or rupture the digestive tract and leak contaminants into the bird’s blood stream, resulting in stomach ulcerations, liver damage, infertility and, in many cases, death.”

Lavers is one of a host of international specialists – from oceanographers and environmentalists to the world champion freediver Tanya Streeter – who appear in the film, which was shot in 20 locations across the globe over four years. The person who set the cameras rolling is Blue Planetproducer Jo Ruxton, who conceived the idea as a TV documentary but was pushed – in her words – “to her limits, both personally and financially” to make it happen. In 2008, Ruxton first heard about the Great Pacific Garbage Patch, a giant “island” of discarded off the coast of San Francisco. It would make a great subject for a documentary, she thought. “I managed to get myself on to a research vessel that was going out to look at it,” she says.

As soon as the boat was 400 miles off shore, the scientists aboard began to test the water to check plankton levels. The results were horrifying. “Although you couldn’t see anything above the water – it all looked pristine –The plankton trawls were absolutely choked with tiny fragments of plastic,” she says.

There are five main circular currents, or “gyres”, in the Pacific, the Atlantic and the Indian Ocean, formed by the rotation of the Earth. They collect anything carried from river mouths and coasts and transport it to their centres. It takes an estimated 20 years for plastics leaving land to reach the centres of these gyres. Though plastic is ultimately indestructible, sunlight and salt make it brittle, and wave action causes it to break up into fragments. These tiny pieces of “microplastic” mix with plankton and are ingested by marine animals. “I realised then that it was a much more insidious problem than I’d thought,” she says. It was not something that could feasibly be collected and disposed of carefully.”

The plastic itself also becomes toxic the longer it stays in the water.“It absorbs decades’ worth of industrial and agricultural effluent including compounds that have been banned such as DDT and endocrine-disrupting chemicals linked with cancer, auto-immune diseases, infertility and cognitive developmental problems. These all have a route into the food chain by means of plastic waste,” says Ruxton.

“We are now producing more than 300 million tonnes of plastic a year,” Ruxton continues, “half of which is for single use.” Much of this will end up in the oceans, which are already believed to contain the eight million tonnes that are dumped annually. The numbers Ruxton cites are horrifying. The Container Recycling Institute says 100.7 billion plastic drinks bottles were sold in the US in 2014, equating to 315 bottles per person and 14 per cent of all litter. More than half were made to package water, a litre bottle of which will have used six litres of water and a quarter-litre of oil in its manufacture.

Ruxton was inspired in part by the success of The End of the Line, Ocean Awards judge Charles Clover’s documentary overfishing. To begin raising funds to make her film, Ruxton set up the Plastic Oceans Foundation together with lawyer and producer Sonjia Norman. To ensure the film has a legacy, the charity will continue to trumpet its message and campaign for cleaner oceans through education, business, science and policy. “We’ve made the film,” she says. “Now the real work begins”

Despite the gravity of the film’s message and the horror of some images, it is not without sublime natural beauty. The film features the first underwater footage of a majestic marine mammal, the elusive pygmy blue whale. The film is packed with adventure too, with dive footage of Tanya Streeter, and Professor Cristina Fossi surrounded by frolicking dolphins. There is even a submarine: the late marine conservationist and underwater cinematographer Mike deGruy descends 420 metres to an “abyssal plain” in a Comex submersible (a Remora 2000 Twin Seat 610M), where he encounters discarded plastic bottles on the seabed.

Of course, plastic will always be with us, but a change in attitudes could make an immense difference. “This isn’t like climate change or ocean acidification where you feel helpless and wonder what you can do,” Ruxton continues. “This is a problem we can solve through a change in behaviour. I want to get to the stage where buying bottled water is as frowned upon as smoking has become.”

If anything acts as a call to action, it is surely the Polynesian nation of Tuvalu that features in the film. “This beautiful pristine tropical island was completely sustainable until 1978 when it became an independent nation and began to import goods, and everything came wrapped in plastic,” explains Ruxton. “There’s nowhere to bury it. So the whole island looks like a landfill site and they burn it, so there’s a sort of thickness to the atmosphere. It’s really not nice."

"When we were there we were filming a family group of 30 people. Five of them had cancer and two had died in the previous 18 months. As filmmakers we can’t say the two are connected with the fact that the air must be full of dioxins and furans. No one’s done the epidemiological study. But I saw it as a vision of our future. The whole planet could end up looking like Tuvalu.”

A Breakdown Of The Facts:

Dr Christopher Green, a research scientist at Brunel University in London and scientific advisor of the film, shares the most important things you need to know about plastic pollution.

Plastic pollution is happening on a global scale. It is estimated that 8 million tonnes of plastic enters the ocean every year. That’s enough to fill 15 carrier bags for every metre of coastline on the planet - and even the remotest of areas, far from human habitation, have been affected.

Plastic is everywhere. Plastic is contained in many products that you may not be aware of. Plastic micro-beads are used as exfoliates in personal care products and wet wipes contain plastic. Even washing our clothes can lead to the release of polyester and acrylic fibres into the ocean from our washing machines.

Plastic pollution is an ongoing issue. A recent study of ocean plastic waste found that the top 20 contributors were mainly middle-income countries with growing economies, with China being the largest contributor. But developed countries are not off the hook as the amounr od plastic we produce per person is still high despite more effective waste management infrastructure.

Plastic pollution is damaging marine life. Nearly 700 marine species have now encountered plastic debris. Marine animals such as whales and turtles can become entangled in plastic litter and many species also ingest plastic, including an estimated 90% of seabirds.

Plastic can become more toxic than surrounding water. Banned pollutants such as the pesticide DDT, polychlorinated biphenyls (PCBs) and flame-retardants that linger in the sea are absorbed by plastic at concentrations one million times higher than the surrounding water. When marine life consumes plastic, they are ingesting these concentrated pollutants. That's even scarier when you consider the next point...

Plastic ends up on our plates. Cod, flounder and mackerel have all been found with plastics in their gut and micro-plastics have been identified in mussels and oysters. Even table salt can contain plastic.

Plastic pollution costs billions. There are huge costs associated with cleaning up litter, damage done to fishing and shipping industries and a even a loss of tourism to areas blighted by litter. The United Nations Environment Program (UNEP) estimated that the global cost of plastic pollution on the marine ecosystem was approximately $13 billion.

But there is hope. There's still more to learn about the impact of plastic pollution on wildlife and humans, but some governments are starting to tackle the issue. The EU has helped reduce the use of plastic bags and Cosmetics Europe has recommend that manufacturers remove micro-beads from their products. Plastic is a problem that requires regulators, manufacturers, waste managers and consumers to all be part of the solution, but solutions are possible. See plasticoceans.org for more information.