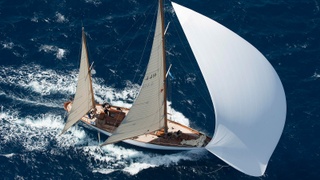 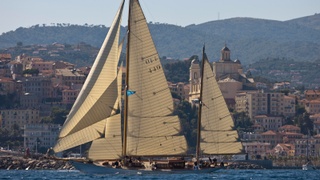 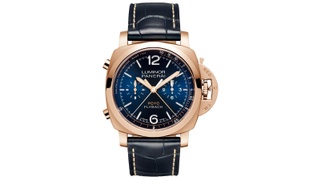 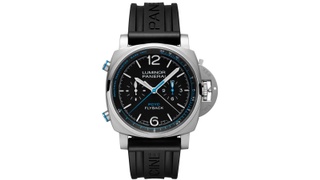 On board Duran Duran's icon: Panerai's Eilean docks in London

Some might say that the sight of Duran Duran dressed in fluorescent suits prancing on the bow of a boat in their now iconic but outrageously kitsch music video 'Rio' was too great a distraction to pay attention to the vessel they were actually sailing on. But for any true boat lover, it is the beautiful yacht Eilean that is undoubtedly the star of the show.

The 22-metre ketch boasts a storied past, first setting sail from the small village of Fairlie, Scotland in 1936, built for Scottish steel merchants the Fulton brothers at the famous William Fife & Son boatyard. In 1964 she was bought by Lord Shawcross, formerly the lead prosecutor at the Nuremburg Trials, and spent summers cruising around the Balearics before being sold ten years later, bought for use as a charter.

It was in Antigua in 1983 that she had her shining moment, when the British new wave band Duran Duran filmed their new music video aboard. While 'Rio' and its ode to eighties glamour and excess helped propel the band into the mainstream, Eilean was less fortunate. Shortly after filming, she collided with a ferry breaking her mizzenmast, and then sank on her mooring while waiting for repair.

Some 20 years later, having been dragged up a creek and left to rot, she was discovered by Angelo Bonati, the chief executive of Panerai watches, who fell for the boat's classic Fife lines. He took her to a shipyard in Genoa, where she was restored according to her original 1936 specifications, found in the archives at the Scottish Maritime Museum. In a fitting end to the tale, the restored boat and the band members were reunited for the Antigua Classic Yacht Regatta in 2010. Where frontman Simon Le Bon, a keen sailor since the age of 11, took the helm.

Fresh from competing the TransAt Classic race from Lanzarote to St.Kitts in January, Panerai has now brought her to London for a 2-week stint. Customers and participants of the Panerai Challenge Trophy will be able to step on board to see her beauty in person and have the chance to buy the new 2019 Sailing Chronographs, as well as pre-order upcoming models including PAM01020 and PAM00746.

Strap yourself in: The extraordinary experiences putting your Panerai to the test

5 of the best vintage sailing watches to buy now