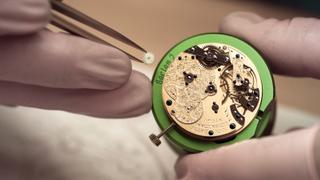 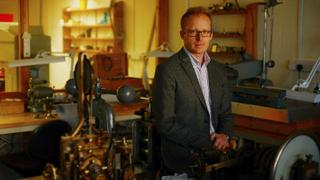 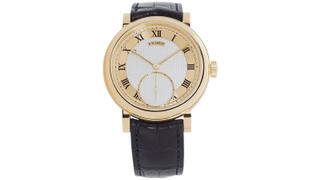 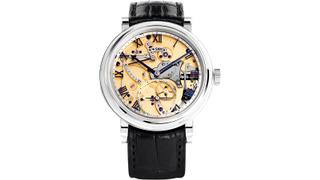 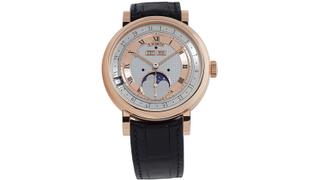 The apprentice turns master: Inside the rarified world of Roger W Smith watches

Roger W Smith learned from a legend how to create classic watches. Simon de Burton heads inside his workshop...

With Brexit looming large, I recently decided it was time to call on a watchmaker I have admired for 20 years without ever visiting his place of work – which, as the mention of Brexit might indicate, is not in some remote Swiss valley but in one of the more remote parts of the British Isles. Roger W Smith operates from the Isle of Man, where he and his small team produce around 10 watches per year for discerning horophiles around the world.

In 1987, as a 17-year-old student at the Manchester School of Horology, Smith was among the audience at a lecture given by Dr George Daniels, widely regarded as the greatest watchmaker of the 20th century.

After graduating, Smith was moved to write to him asking for an apprenticeship. Seven years later, the famously particular Daniels agreed to take on Smith, asking him to move to his operating base on the Isle of Man in 1999 to help him make a series of “Millennium” watches (that originally sold for around £20,000 but now fetch 10 times as much).

At the end of the project, Smith remained on the island, initially setting up a small workshop in the spare bedroom of his home before moving to a larger property, where he has recently opened a fully equipped, purpose-built atelier – complete with an area dedicated to the memory of Daniels, who died in 2011 having bequeathed to Smith the contents of his remarkable workshop.

Roger W Smith now has an international reputation as the greatest exponent of handmade watches in the true English style, with features such as frosted movement plates, silver, engine-turned dials and jewels set in gold chatons.

While fulfilling orders for its Series 1, 2 and 3 models, the team is also finalising the development of the Series 4, which will feature triple calendar and moonphase complications – and cost upwards of £250,000

Despite the price, Smith’s is still a British success story, with order books that are full for at least the next three years. Brexit? What Brexit?