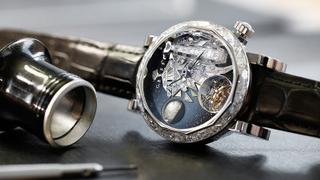 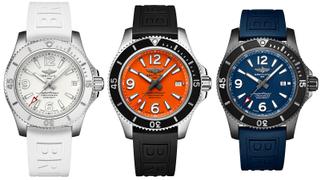 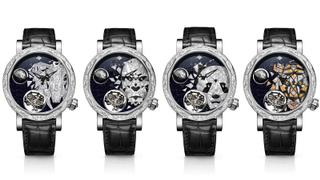 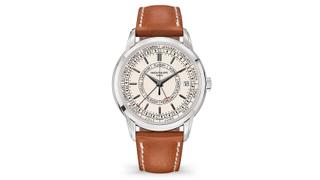 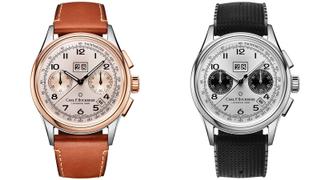 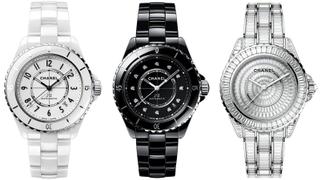 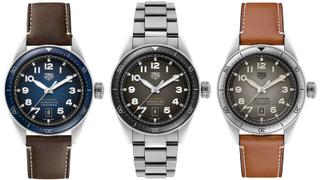 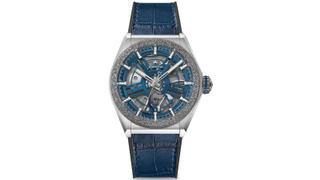 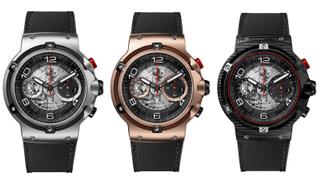 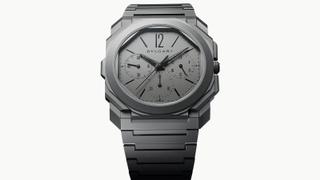 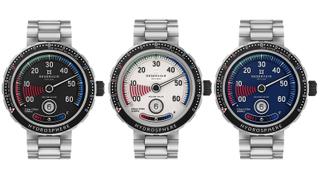 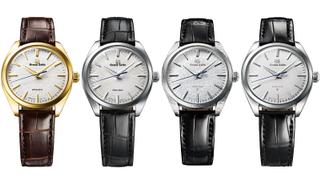 The new watches to know from Baselworld 2019

The annual Baselworld watch fair took place in the Swiss city from March 21-26, 2019 bringing with it a huge range of new collections, models and fine timepieces for collectors to covet. With many of the world’s top fine watch houses in attendance, here are the watches to see and be seen in this year…

The Superocean line has been a mainstay of Breitling’s watch family since it launched in 1957 and for 2019 the brand pays homage to its success with a whole range of modernised Superocean timepieces. Designed to appeal to both men and women, the new models range from 36mm to 48mm and each is powered by a Calibre 17 movement with a power reserve of 38 hours and water resistance ranging from 200 to 2,000 metres. In terms of aesthetics, the new watches are clean and sporty, bearing the characteristic hallmarks of any great diving watch: luminescent hands and indexes, unidirectional bezels and stainless steel cases with a choice of rubber or steel straps.

Graff is the master of beautiful bejewelled watches that also incorporate some serious haute horology and its new GyroGraff Endangered Species range is no exception. The five-strong line, four of which debuted at Baselword, are all unique pieces and depict some of the world’s most endangered animals – elephants, tigers, pandas, gorillas and rhinos – using a specially developed technique known as diamond marquetry. To create these stunning dials, each of which is arranged around a double-axis tourbillon and 3D moonphase complication – detailed drawings are first prepared before a gold mount with white and black plaquettes etched with minuscule numbers correlating to uniquely shaped diamonds is created. The dial is then covered in a layer of blue aventurine after which the mounts and their related diamonds, sapphires and gold pieces are used to build up the form of each animal.

How do you convince consumers to part with considerable sums of cash for a weekly calendar complication when the date is available through a glance at a smartphone screen? Make it incredibly chic of course. The newest reference to be welcomed into Patek’s Calatrava family boasts a new movement which displays the day, date, month and week number but it is in the dial that this timepiece really sets itself apart. Sensitively designed for ultimate readability, key information is displayed in concentric circles on the opaline dial using a handwritten typeface that adds personality and quirk to this unusual everyday watch.

With the latest addition to its classically styled Heritage line, Carl F. Bucherer takes inspiration from the 1950s and, more specifically, its first chronograph launched in 1956. This original timepiece was small, at just 34mm, with an elegant gold-plated case and sporty curves. Its modern counterpart features a larger 41mm case available in steel or rose gold, with both limited to 888 pieces, and boasts chronograph functionality as well as an annual calendar and tachymeter scale.

Chanel’s most famous timepiece, the J12, celebrates its 20th birthday next year and, to mark the occasion, director of the Chanel Watch Creation Studio Arnaud Chastaingt has given the original J Class yacht-inspired design a modern makeover. Six new pieces are available – black and white ceramic with or without diamonds and full baguette or pave diamond set – with the changes in design subtle but effective. The bezel, for example, has been refined and now features 40 notches, up from the original 30, while the ceramic crown has been made smaller, the hour markers moved to the centre of the dial and the hands made a uniform width. The caseback is now also in sapphire crystal to show off Chanel’s new in-house calibre 12.1 automatic movement. It’s the J12 but not quite as you know it.

Another reimagining of a vintage classic, Tag Heuer’s latest collection offers a modern spin on the motorsport-inspired timepiece offered by the brand between 1962 and 1985. The seven-strong line features the round 42mm stainless steel case of the first-edition Autavia while its luminescent three-hand design and oversized bezel – ideal for operating while wearing driving gloves – also come directly from vintage Autavia designs. Modern enhancements include a smoked dial in grey, black or blue along with a bidirectional bezel in black ceramic, blue ceramic or stainless steel and a calibre 5 Isograph movement. The Autavia comes with stainless steel and NATO straps as standard but can be swapped tool-free for a calfskin strap.

A true horological innovation, the Zenith Defy Inventor replaces the sprung balance that has been a mainstay of mechanical watch making for more than 300 years with a single-element oscillator. An evolution of the brand’s 2017 Defy Lab, the Defy Inventor’s single piece silicon oscillator replaces the 30 components needed to create a sprung balance thus removing the inaccuracies cause be contact, friction and instabilities from heat and magnetic fields, resulting in a highly accurate timepiece with certified chronometric precision. The Defy Inventor is also a great looking watch thanks to its textured Aeronith (an aluminium composite three times lighter than titanium) case and openworked propeller-inspired dial.

A continuation of Hublot’s long-standing collaboration with the Italian car marque, the Classic Fusion Ferrari GT turns away from the race track and takes its inspiration instead from the world of Gran Turismo vehicles designed for long, luxurious drives. Accordingly the three new limited edition pieces are subtler than their predecessors while retaining the signatures of a great Hublot watch. The 45mm timepiece is available in titanium (1,000 pieces), King Gold (500 pieces) and 3D carbon (500 pieces) with the HUB1280 chronograph movement unveiled by Hublot in 2018 highlighted through an open worked dial and sapphire caseback.

While Bvlgari may historically be best known as a purveyor of outstanding statement jewels - and there’s no denying it had plenty of these on offer at Baselworld 2019 - it has, in the past few years, also become a force to be reckoned with in the world of haute horology. For evidence look no further than the latest addition to the Octo collection which, at 3.3mm, is the world’s thinnest mechanical chronograph. 40% thinner than the previous record holder, this feat is Bvlagri’s fifth world record in four years and, when coupled with an elegant matte titanium case, results in an incredibly light, wearable and discreetly stylish timepiece.

A relative newcomer to the fine watch world, Reservoir specialises in timepieces which take their inspiration directly from the worlds of cars, planes and yachts. The latest addition to its collection is the Hydrosphere, a diving watch styled on the oxygen gauges used by scuba divers. Available in three colourways, the Hydrosphere features a 45mm steel case and an ETA 2824-2 movement powering an unusual dial in which the time is displayed via an hour window at 6 o’clock, retrograde minutes and central rotating seconds disc.

First unveiled at Baselworld 1999, Grand Seiko’s Spring Drive movement was a seminal innovation for the Japanese watchmaker. In 2019 the brand celebrates the 20th anniversary of this important development with a new series of dress watches in its Elegant collection. The first two timepieces (centre left and far left) house a new calibre 9R31 movement with dual-spring barrel in a 38.5mm steel or 18k yellow gold case with water resistance to 30 metres. The second two, meanwhile, also feature a new calibre 9R02 movement with dual-spring barrel and torque return system in a steel or platinum case. Both the platinum and gold timepieces also feature a textured ‘snowflake’ dial representing the snow on the mountains surrounding Grand Seiko’s Shinshu Watch Studio.

The new watches to know from SIHH 2019