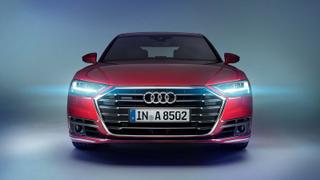 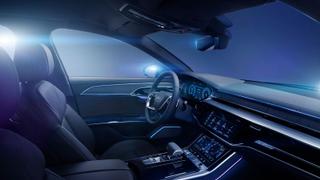 The road to relaxation: Inside the supremely comfortable Audi A8

Foot warmer, masseuse, perfume dispenser: the new Audi A8 is as much spa as car, says Simon de Burton...

As the light of the summer season draws to an end and the promise of a new Caribbean one on the other side of the world draws closer, the question of choosing the right car in which to transport guests from jet to marina may be vexing some owners’ minds.

It’s all about getting the balance right: while luxury, comfort, silence and swiftness are paramount it can also be important to maintain an air of discretion. The ability to make a statement while quietly blending in has made the Audi A8 a familiar sight at superports around the world and the latest version seems set to prove more popular than ever.

Available in standard and L versions (five inches longer), the new generation “mild hybrid” A8 is the world’s first series-production car developed for so-called “conditional” automated driving. This means it will both park itself on the street or in a garage and drive itself in slow-moving traffic.

As legislation adapts around the world, the car’s software can be updated to extend its autonomous abilities to a further four levels, to the point where the “driver” need not be involved in the process of making the car stop and go.

For the time being, however, A8 drivers and their passengers can settle back into an interior that is one of the most comfortable, quiet and high-tech of any car on the market. Most of the A8’s functions are controlled from a large touchscreen that can be activated by voice, touch or text and is complemented by a second screen in the centre console.

The instruments are fully digital and “virtual,” the seats adjust in 22 ways, the windscreen is designed for silence and there is even an automatic perfume dispenser to ensure a welcoming atmosphere.

In the back, each passenger gets personalised climate control, wireless phone charging and a demountable tablet that can make the most of the high-end infotainment system and ambient lighting. Whoever claims the seat at the left rear of the L version can also take advantage of a special foot warming and massaging unit.

With all this on offer, the relaxation process starts well before you even reach your yacht.