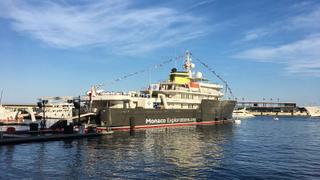 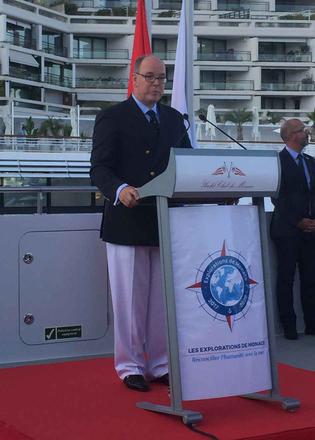 Backed by the principality and with personal support from HSH Prince Albert II of Monaco, Monaco Explorations will survey oceans across the globe to examine the effect of climate change and other environmental influences on the world’s marine ecosystems.

Planned to run until 2020, Monaco Explorations aims to raise awareness of the threats facing our oceans by funding a group of marine scientists to take a three-year circumnavigation of the globe on board 76.6 metre research vesselYersin.

The group will first stop in Madeira before continuing their journey across the Atlantic where they will undertake a variety of experiments researching environmental DNA, the effects of global warming on marine viruses and the health of the marine environment around submarine mountains. It is hoped this research will allow the scientists to identify the key causes of the oceans’ declining biodiversity and find remedies to help ease them.

Throughout the study Inmarsat and SSI-Monaco will provide the scientists with high speed global broadband known as Global Xpress which will enable them to share data, images and videos with onshore experts across the world.

“Monaco Explorations is an ambitious project that aims to shed light on some of the many ills blighting our oceans,” said Andrew Sukawaty, chairman of Inmarsat. “In order to avoid further environmental damage — and to repair some of that already caused — it is vital to conduct in-depth research, raise public awareness and establish innovative ways of interacting with our oceans.

“We are proud that our communications solutions have been identified as the most effective and reliable for such a pioneering expedition and we look forward to supporting the project throughout its three-year lifespan.”

Submit a nomination for the Ocean Awards 2018