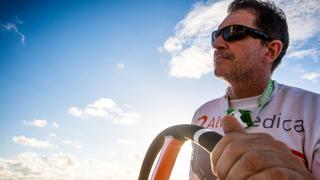 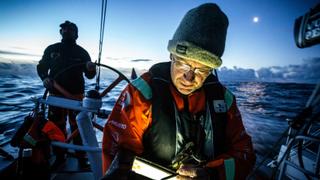 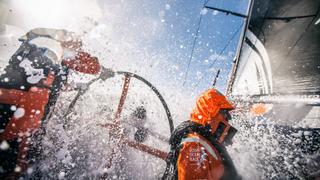 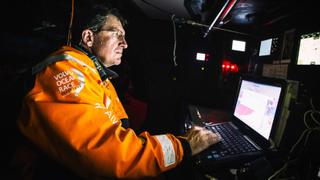 Marine biologist Will Oxley on sailing, sustainability and small change

Will Oxley is a marine biologist who worked at the Australian Institute of Marine Science as part of the Long-Term Monitoring Project on the Great Barrier Reef. But he is also a racing skipper and navigator who has completed more than 240,000 nm of ocean racing including several Volvo Ocean Races. Rather than trying to fit this big personality into a small definition, it would be better to say that Will Oxley is a scientist and sailor who brings passion and commitment to whatever he does, as Claire Mahon discovers...

“I have recently been nominated to World Sailing’s committee to create guidelines for making sailing more sustainable by 2030; as a sailor and a scientist I can help in both of my roles,” Oxley says. “Our goal is to analyse sailing and make it more sustainable from environmental, social and economic perspectives. We need to address the fact that there are a lot of older white males out there sailing and get more and different people involved. We also have to look at economic aspects of affordability. But more than anything else, sailing needs a healthy environment, it’s dependant on it. We have to reduce the footprint of our sport.”

Sailors already tend to be environmentally aware, but Oxley, because of his training and experience, is even more so. “I spent 20 years working on the Great Barrier Reef and have seen first-hand the damage and stress that small changes in temperature can bring to ecosystems. But it’s not all bad, about 20 - 30% of the areas I was monitoring got back to healthy levels, so there is potential for recovery.”

If Oxley was on the Great Barrier Reef, how did he find the time to participate in the BT Global Challenge and the several editions of the Volvo Ocean Race that he has competed in so successfully? “I would split my time!” he says cheerfully. “Three years as a scientist then five weeks of sailing. I became a full-time sailor in 2005 and have found that it’s a better soapbox for talking to people about environmental change. I am passionate about both my specialties; I’d say that I have the two best jobs in the world.”

As a man who has literally sailed the world’s oceans and more than once at that, can Oxley share any horror stories on the environment? “Strangely, isolated places are the most fragile of all and they take longer to recover,” he says. “But we see the most drama on the surface: the last time I participated in the VOR we had to clear garbage from our hull every ten minutes going through the Straight of Malacca. There were literally islands of trash.”

As a scientist, what does Oxley think is the greatest threat to our oceans? “Ten years ago if you asked me I would have said climate change because I thought that plastic pollution was just ugly. Now that we have a better understanding of microplastics I see things differently. Microplastics are everywhere: in plankton and the marine animals that feed on it. We know that they have an impact on smaller animals but don’t know enough about their effect on humans yet. But they’re definitely getting to us through the food chain and through the water we drink.

“But just as a small change for the worse can do great damage, a small change for the better can have a huge positive impact,’” Oxley continues. “I have seen a big shift in the sailing community with teams such as Vestas 11th Hour Racing doing a lot to raise awareness. Everyone is contributing - just five years ago there were always plastic bottles of water aboard boats. Now racing yachts use pumped water and we drink from canteens.

Ocean Talks 2018: Finding a solution to the plastic crisis