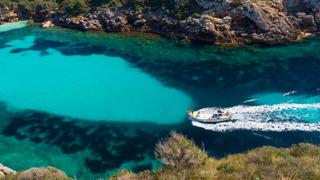 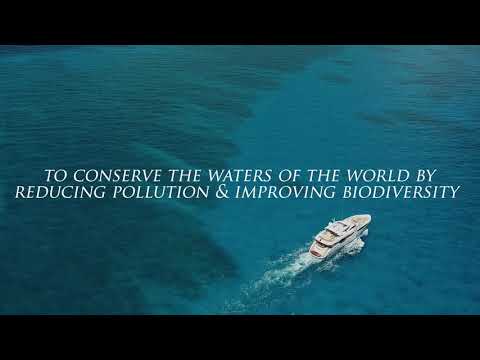 After announcing its partnership with the Blue Marine Foundation at the Cannes Yachting Festival 2017, British boatbuilder Sunseeker has launched its first major ocean conservation campaign with the charity. Project Menorca will see Sunseeker and Blue team up with a number of local organisations, such as the Menorca Preservation Fund, to help tackle the numerous pressures facing the island’s marine environment.

The land mass of Menorca became a UNESCO Biosphere Reserve in 1993 and boasts a marine reserve in the north of the island but, without proper regulation and policing, fish populations and other marine life have been severely affected by illegal and unregulated fishing, tourism, climate change and plastic pollution. While change is in progress thanks to an appeal to extend the Biosphere Reserve to the ocean and establish new protected areas, there is still much to be done to tackle the island’s issues.

“When I came to Menorca I was amazed by the amount of big fish here as they don’t exist elsewhere in the Mediterranean,” explained Rory Moore, senior project manager at the Blue Marine Foundation, of the project’s location choice. “Menorca has a marine protected area but it isn’t being properly monitored. With a new protected area announced and the planned expansion of the Biosphere, now seems like the perfect time for Blue and Sunseeker to step in and help local organisations. The seas around Menorca could be an example of recovery that can be rolled out across the Mediterranean.”

Among its numerous activities, Project Menorca will work with local fishing associations to create models for sustainable fishing, recruit on-water rangers to help monitor fishing activity, establish eco-moorings to minimise anchor damage to delicate seagrass beds, work to remove plastics and abandoned fishing nets from the seas around Menorca and encourage the use of biodegradable and reusable shopping bags across the island.

“After launching our partnership with Blue in 2017 we have now chosen the Balearics for our first joint project because, as a key boating area for our owners, we felt it would really resonate with them,” said Simon Clare, marketing director at Sunseeker. “We’re hoping what we do here will make a real difference. We’re starting in Menorca but eventually we want to spread the message around the world to all yacht owners. If we don’t do something quickly the next generation of yacht owners won’t be able to enjoy the beautiful ocean environment we have today.”

In addition to the launch of Project Menorca, Sunseeker will also be supporting the work of Blue through the Blue Marine Yacht Club. Sunseeker owners can choose from BMYC’s three membership levels with all money raised donated to support the work of Project Menorca. Depending on their level, members will have the opportunity to take a guided tour of the activities taking place in Menorca or even have the chance to name one themselves.

“We are passionate about the marine environment worldwide. Our luxury yachts have been crafted so that Sunseeker owners can enjoy them to their fullest potential, wherever they may be," added Phil Popham, CEO of Sunseeker. “We strive to be global leaders in all that we do and it’s important to us that we also do our part of help protect one of our most valuable resources, so that we – and future generations – can all continue to enjoy our precious time on the water. Our partnership with Blue provides this focus and will lead to other projects worldwide.”

The find out more about Project Menorca and how you can get involved visit sunseeker.com/blue.