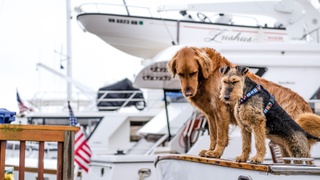 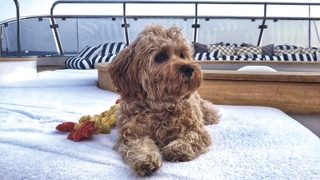 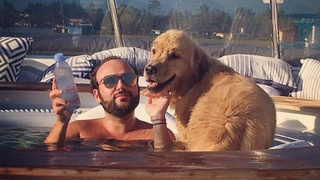 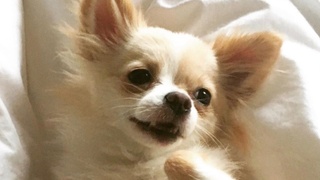 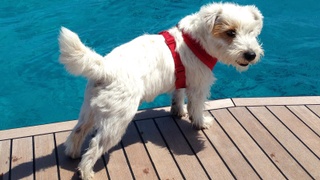 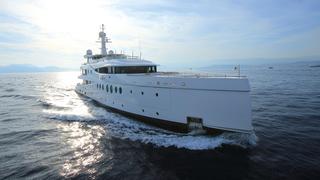 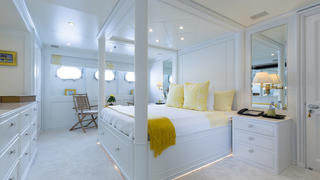 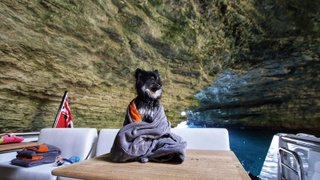 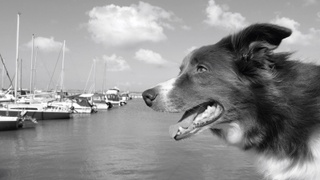 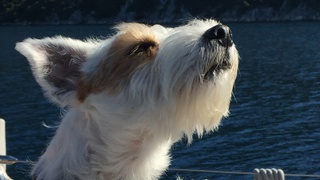 Man's best friend: The joys of bringing pets on board

Yachting families are discovering the joys of bringing man's best friend on board, says Angela Audretsch

There is a famous adage warning against working with animals and children but, when it comes to yachting, most would agree the opposite is true. The joys of family time on board have long been championed, but for many travellers adding furry (and sometimes not so furry) family members to the guest list is what really makes the superyacht experience complete.

Whether it is crew cats prowling below deck or big dogs leaping from beach clubs, most pets adapt well to life at sea. With a little advance planning, the right gear and some expert advice, your pet can accompany you almost anywhere in the world.

While ship’s cats were once a familiar sight – indeed, for centuries it was considered lucky to have a feline slinking around on board – a quick scan of the sundecks at yachting hotspots today reveals that the most common superyacht sidekick is the dog. Adaptable, trainable and fun-loving, a canine can make a wonderful cruising partner.

“There is no greater joy than having your dog on board with you,” says Sabina Nasser, owner of 42.7 metre MondomarineBina. Nasser describes her family as “lifelong dog lovers and owners” and their well-travelled pets regularly join them on board. Two are repeat seafarers: Nasser’s brother’s golden retriever, D’Art (short for D’Artagnan) and Ziggy, her nine-month-old cavapoo (Cavalier King Charles spaniel and poodle cross). “Ziggy is the boat’s newest mascot,” she says. “My last dog, Boo, a Yorkie, was also a regular at sea. Dogs are fantastic for adding a special energy and fun.”

For Kristin Ducote, not having a dog on board is like leaving a member of the family at home. Ducote and husband Chapman’s long-haired chihuahua, Fleur, accompanies them on longer trips, and they regularly enjoy time with a couple of their relatives’ King Charles spaniels on board too. “Once you see them running and playing on a deserted beach, you’ll know you made the right decision,” she says. “Being on a yachting holiday usually means you have lots of free time for long walks and playing. You have even more time to spend with your pet on your yacht than you do back home.”

It has arguably never been easier to bring your dog along on your travels. “Since the relaxation of pet travel regulations in Europe and North America, it has become quite normal to travel with your pets,” says Siobhan Brade, director of Superyacht Veterinary Service, which provides veterinary and pet travel consultancy for yacht owners, whether it is within Europe or on more complex trips around the world.

Brade's number-one tip is to plan ahead. "The paperwork, visas and vaccinations required very much depend on the places you have been to before," she says. "Some are quite simple, but some are fairly complicated and can take months of planning. The sooner you can start the process the better, to avoid any last-minute panics and costly itinerary changes.” For Brits, things may become more complicated following Brexit, of course, but if you visit your vet at least four months before you plan to travel, they can advise on the best way to proceed.

If you have never been on board with your pet before, Brade advises making sure that they are comfortable travelling first, that they have their sea legs and don’t get stressed by the experience. Every pet is different and not all will immediately take to life on board.

When another owner of a 30-metre sailing yacht first brought her Jack Russell on a cruise almost a decade ago, she would never have guessed just how well he would take to life on the water. “Dobby loves sailing,” she says. “He has joined us since he was a puppy and I can’t imagine not being on board with him any more. He loves to be around people and the action, with the wind in his face. He was even on board at our last regatta, the Barcolana in Trieste. He is a true sailor.”

Making a yacht pet-friendly is something that many owners do from the outset of the design process. Custom grass patches for pooches to do their business on are quite common, but pet considerations can go even further. Aquarius, the 92 metre Feadship, features a dog door panel behind the owner’s office desk, for example, while the door sensors on the same yard’s 68 metre Lady Christine are positioned at dog height. Add to this extra guard rails, doggy wash stations and even artistic homages to the pet itself, and it’s not unusual for yacht design to thoroughly incorporate the needs of four-legged family members.

“Dogs are a big part of many people’s lives – they become a part of the client’s style of yachting and must be accommodated,” says designer Tim Heywood, who worked on the 62.4 metre Amels Madame Kate, named after the owner’s Maltese. Heywood added an extra guard rail to deck edges and stairways, and Kate’s stainless-steel portrait (drawn by Heywood) is the yacht’s logo. He recalls another project where the artistic tribute was slightly less conventional: the client made a replica of his recently deceased German shepherd, which sat as a guard dog at the top of the passerelle.

Peter van der Zanden, head of design and development at Heesen, says that the primary concern in designing for pets is safety. On the Dutch yard’s 49.8 metre Monaco Wolf, a project that was adjusted for the owner’s dogs, the space between the railings is protected by glass or grilles, for example, and there are also extra-small staircase gates. Specially conceived swim platforms also make life easier and safer for pets. Roberto Cavalli’s yacht Freedom saw designer Tommaso Spadolini create a large gangway with steps that can be lowered into the water, allowing the owner’s two German shepherds, Lupo and Lapa, to swim safely.

This kind of adjustment is not a prerequisite though. “Our carpets are white, our sofas are white, Bina is a very white boat,” laughs Nasser. “She’s not especially suited to dogs. We, of course, take safety measures to make sure there are no dog overboard situations, but we didn’t make any special compromises on the interior design.” From doggy life jackets to temporary gates, Ducote assures that there are a whole host of things you can do to make a trip safer for your dog without installing special features.

Ask anyone who owns both a yacht and a dog and they will tell you that, ultimately, the key to your pup’s happiness on board lies with the crew. From regular teeth brushing and walks on remote sandbars, to special meals, handmade toys and swimming lessons, nothing is too much.

The crew of 55 metre Amels Gene Machine found themselves with their first dog on board last summer, the owners’ daughter’s Pomeranian called Versace. “We had to win over his trust and make sure he was safe at all times,” says Emma McDonald, chief stewardess on board. “Most of my day was centred around him and his needs. I think I speak for everyone when I say it’s hard not to smile when a fluffy little puppy comes running up to you wanting a cuddle. The deck crew gave him swimming lessons, he went jet-surfing, jet-skiing and paddleboarding. But his favourite thing was sunbathing in the inflatable giant unicorn or flamingo.” By the end of his two-month trip, Versace knew his way round the boat and could often be found in the galley enjoying morsels of Wagyu beef from the chef, or cuddled up with crew members for naps, bringing new meaning to the phrase “it’s a dog’s life”.

“Our crew loved the animal diversion,” says Delisa Mayer, who with her husband, Tony, and three children took their four-year-old Labrador Levi (and 13-inch bearded dragon Pu) around the world on board The Big Blue. “Staff often spend hours doing manual labour or long watches, so to be with Levi or Pu was a nice break from the normal routine.”

High on the list of crew duties when dogs are on board is “business time”, whether this is toilet training or making RIB rides ashore for toilet breaks. While every dog is different and will have a preferred scenario, the logistics of life at sea often mean that it isn’t always possible to find land. Puppy pads or “grass” patches allow dogs, both large and small, to do their business on board during longer periods at sea – but this obviously requires a bit of co-operation. The Mayers began training Levi while they were still in Fort Lauderdale, three weeks before setting sail. Even then, he only got the hang of it three days after leaving port.

For the Mayers, taking Levi on such a long and off-the-beaten-path voyage came with its share of challenges (like toilet training) as well as rewards. He watched orcas follow beside the boat; he got lost hiking in the Marquesas and had to be lowered down a four-metre cliff; he met fascinated villagers on remote islands; and he snoozed at the children’s feet during lessons in their onboard classroom. Being able to take the family dog with them ultimately guaranteed lifelong memories.

More yacht owners may be taking their pets on ocean adventures every year, but charter guests might find it harder to source a pet-friendly yacht. Stephanie Archer, senior charter manager at Ocean Independence, believes that there should be space for more charter yachts that welcome pets. “It is increasingly the case that a line shouldn’t be drawn at children for inclusion in a family yachting holiday, but extended to dogs as well, wherever possible,” she argues.

Archer is no stranger to accommodating pets on charters and Ocean Independence has had several pet-friendly yachts in its feet over the years. One such was 60-metre Katina, previously managed by Archer. The yacht’s captain, Antonio Koludrović, recalls one charter party with a lively Pomeranian who was on board for a 46-day trip. This particular canine followed the same vegan diet as his owner and would often frequent the crew mess looking for meat-free treats and plenty of attention.

Dobby’s owner remarks that since she started sailing with her dog, it seems like nearly half of all the yachts they encounter have a four-legged friend on board. “These ‘yacht dogs’ sense each other and greet each other across the water; it’s sweet,” she says. And she is not surprised that so many are choosing to bring their furry companions with them. “There is honestly nothing negative about it. We have been everywhere from Montenegro and Croatia to Spain and Capri, and Dobby has only ever added joy.”

Animal antics: 11 of the best pets on board

How to design the ultimate family superyacht