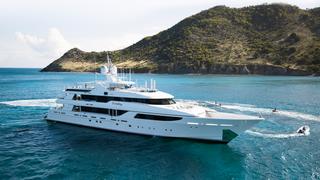 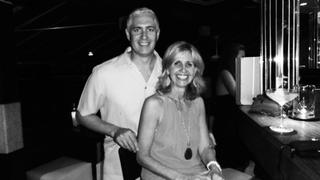 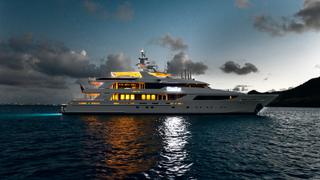 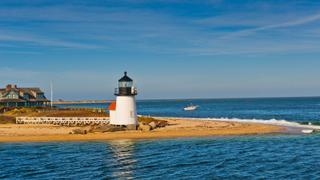 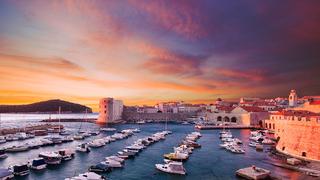 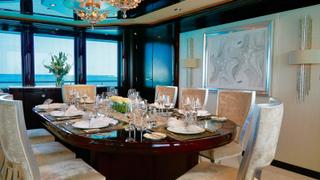 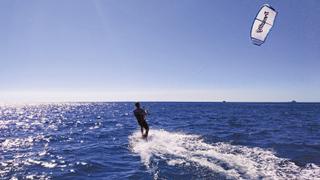 On board with Paul and Maureen Petracca, owners of 49m superyacht Trending

After racking up 40 charters, the Petraccas decided it was time to buy their own boat – and all that experience informed one far-reaching refit, as they tell Tristan Rutherford...

The moment that Maureen and Paul Petracca knew they wanted to own their yacht came after 40 successful charters.“On our last trip the captain was the worst we’ve ever had,” says Maureen. “He even stranded our son and his fiancée on a tiny island off St Barths. Genuinely no one knew where they were.” After four hours playing Robinson Crusoe, the young couple were lucky to hitch a ride with a passing boat back to the Petracca family’s charter. “For the amount you pay for a week aboard, you want the charter experience to be perfect,” continues Maureen. “At that point Paul and I looked at each other and said: ‘We need to take control of this ourselves. Let’s buy a yacht of our own!’”

The result is Trending. “After 20 years of chartering several times per year we knew what we wanted,” says Paul. The twin-angled brief called for a shallow draught for cruising the Bahamas, the Petraccas’ nearest fly-in, kick-back island chain, plus a maximum length of 50 metres “because above that some ports need a pilot, and there are other regulations and entanglements”, says Paul. The equation delivered seven or eight possible yachts, leaving two 50 metre Westport 164s in contention. One became the perfect blank canvas for an ambitious overhaul into an understated and luxurious six-cabin superyacht that cruises across the Atlantic at up to 20 knots.

She’s certainly a step up from Maureen and Paul’s first foray on to the water. “We both grew up as lake people,” explains Paul. “Each of us had a summer house, and mine came with an aluminium boat with a nine horsepower engine.” As powerboats were a rarity, the family runabout was used to the full for fishing and racing. Maureen’s family was based on a lake on Cape Cod. “Our first boat was fibreglass with a six horsepower engine out back, and we graduated to a 5.8 metre on which we learned to waterski.” When married, the couple jointly purchased a 9.7 metre Edgewater. “We still use it to hop over to Nantucket or Martha’s Vineyard,” says Maureen.

From their Massachusetts home, the Petraccas’ career and vacation horizons broadened. Paul is now the chief investment officer at Pemco Management, which focuses on public equity investments, primarily in the technology and healthcare spaces. Maureen oversaw a far more important project: the annual yachting trips for their three children and family friends. After dozens of charters from the likes of Camper & Nicholsons, Fraser and IYC, the Petraccas knew precisely what they wanted from a week in the Mediterranean or Caribbean. “By the end of our charter life we started bringing our own specialised fishing gear,” she explains. “We sometimes brought our own divemaster. Once we even shipped in our own tender.”

Undersea exploration would play a pivotal part in the Petraccas’ charter adventures from 1996 to 2015. The entire family are PADI certified divers. The 700 islands of the Bahamas particularly appealed, not least the Exumas. Croatia also delighted the Petraccas a few years back with its countless wreck dives. It was Dubrovnik that entranced Maureen. “We toured the medieval walls and UNESCO-protected Old Town, which were beautiful.”

Before the Petraccas’ own Westport could set sail for Europe there was work to be done. “Our purchase was a 1980s throwback,” recalls Maureen. It contained thick rugs, and heavily upholstered furniture littered the voluminous interior. The vessel, formerly called Vango, had been owned by a retired couple who used it infrequently, “which was great because she had very low engine hours”, says Paul. It was Maureen who oversaw the interiors as part of an all-encompassing refit from 2015 to 2016.

Light marble and white stone were laid across the main saloon. Oversized windows pour light on to the chrome, taupes, mirrors and creams. Rainforest showers and double sinks grace every en suite. A hint of individuality is provided by Maureen’s underwater photography portraits from as far afield as St Barths, Barbuda and Saba, the Dutch Caribbean island that contains the Netherlands’ highest peak. “Our experience from 40 charters has been distilled into this space,” says Maureen. Most importantly, the finish isn’t regally stiff but royally comfortable, with sky blue fabrics and enough crystal glasses to decant the entire Napa Valley.

Stepping aboard, it’s clear why they purchased a Westport over any other yacht. “Quite simply, we knew we could modify the hell out of it,” says Paul. A bridge extension has been constructed behind the tri-deck’s upper saloon, creating an additional raised dining area for all 12 guests. “The view is great, but the privacy is priceless,” says Maureen. “As Trending is sometimes tied up in a Mediterranean port you get people promenading past.” And who wants them watching you having dinner? An illuminated bar sparkles in the night sky, as a sound system rocks the extra club area installed on the Portuguese deck just in front of the bridge. “We’re a little afraid of the sun these days so sails shade the top by day.” A therapeutic Michael Phelps Signature Swim Spa with shaded lounging areas was added too. “I prefer pools that can accommodate many guests,” says Maureen. Hers can welcome eight.

Westport, based in Washington State, comes with five decades of North Pacific experience. “The company is up to hull No 15 or 16 for our largest model, the W164,” says Paul. “So most issues would have been resolved, which allowed us to incorporate those improvements in our yacht. We also knew we could get any spare parts as we’re based in the US.” Ultimately, the refit cost $5 million. “One name we thought of for the yacht was Legacy Killer, as it was just so appropriate,” he laughs. “This yacht keeps me coming to work and earning my keep.”

The electronics on board were a focus of Paul’s. “As guests aboard our own yacht we want to share videos from our iPhones directly on to all the screens,” he says. “I believe charter clients want to do the same.” His flotilla of toys, meanwhile, is truly enviable. There are Seabobs for speed snorkelling and glass-bottomed kayaks for slow drifts across virgin reefs. “When we bought the two RIBs I asked: what’s the biggest our crane can lift?” The result is four metre and 5.5 metre Novurania tenders, the latter with 120hp out back for fishing, diving, island picnics or secret beach retreats. Paul’s desire for perfection is ever present. “I’m a maintenance freak who wants every toy to work all of the time, for our sake and everyone else’s.”

The flotilla flagship is a 11.3 metre Boston Whaler. “Our son Christopher is a qualified captain in his own right so it’s his chance to drive,” says Maureen. The Petracca family uses it for sunset cruises, but only after speed records have been smashed via its triple 350hp outboards. The boat has “all the creature comforts” including electric shades, a barbecue, night vision equipment and an air- conditioned front cabin. Guests are welcome to invite Trending’s PADI instructor along for the ride. The Petraccas frequently use the boat for their latest craze – kitesurfing – which is best practised on the mirror-calm, searing-breeze waters off Barbados and the Grenadines.

Greater adventures await in the next two or three years. Maps have been consulted for a grand voyage through the Panama Canal. The route would allow for whale watching off Baja and leopard shark dives off LA’s Channel Islands, before passing Westport’s HQ near Seattle. Prince of Wales Island would then mark the gateway to an Alaskan summer. Will charter guests be able to book part of their route? “Sorry to disappoint, but it’ll be only us the whole time,” says Paul. “That is if I can keep myself away from the office for that long.” After 40 charters the Petraccas are now master of their own yacht.

On board with J Class yacht owner John Williams