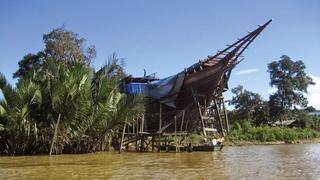 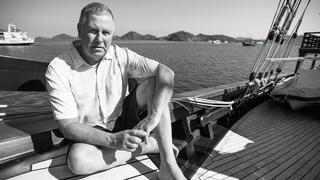 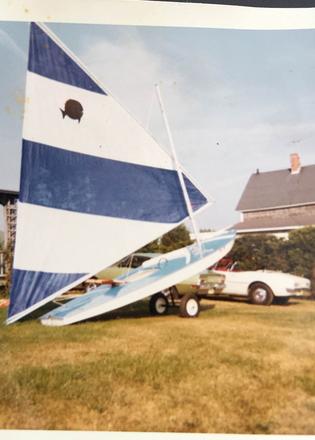 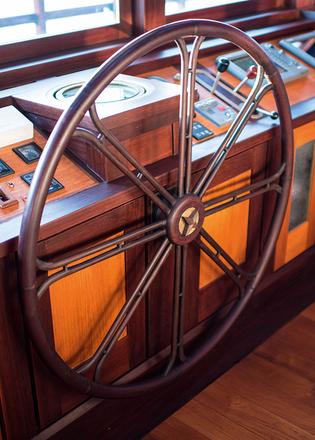 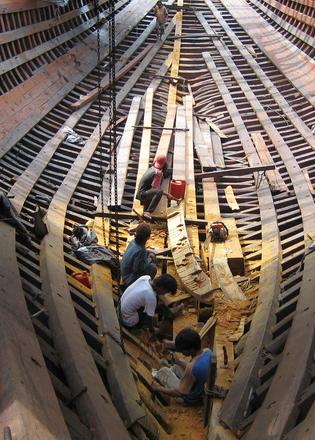 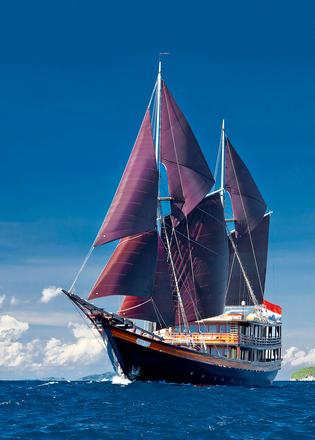 "I have always known that the very best way to travel is by boat, and probably by sailboat,” says superyacht owner Mark Robba. “You’re always home and, if you get tired of one place, you just move on to the next.” Robba, glove entrepreneur and phinisi superyacht owner, has led a peripatetic life, from a childhood spent moving around the US every couple of years following his father’s work, to relocating to Indonesia in 1998. But even here he has not stayed still. His passion for yachts led to the mammoth eight-year build of 51 metre Dunia Baru, which started life in the Indonesian jungle and now cruises his adopted home’s 17,000 islands.

As a child Robba wasn’t a natural sailor. “My grandfather had built a house out on Cape Cod so we always spent a month there in the summer,” he says. “We had a Sunfish dinghy and I remember when I was five or six I was terrified of it. But when I was in sixth grade we got a Boston Whaler and that probably pushed me more into being on the water.”

After high school, and with the family now living in South Carolina, Robba started a course in mechanical engineering at Clemson University, where he quickly became involved with the sailing team. “We would compete just about every weekend for eight months of the year,” he says, “all over the southeast US and even as far north as Chicago, where we sailed dinghies in a wind chill factor of 25 degrees below.”

After his second year, Robba became commodore of the university sailing club, and his course was set. “I met a German fellow who had a 16 metre Sparkman & Stephens yawl that was built by Abeking & Rasmussen. She had a flush deck and was a very gorgeous boat.

"I took a job as crew for the summer but, after picking up the boat in the Bahamas and sailing to New York through some bad weather, the owner fired two French crew and told me I was now the skipper.”

Two and a half years spent skippering the yawl and another 18 metre sloop gave Robba a wealth of experience, not only of sailing and singlehanding but also how to look after a boat. “I was in a lot of yards and saw a lot of boats so I guess that’s where I developed my understanding of what a proper yacht should look like.”

It was at this point that Robba was faced with a life choice – either to make a career out of skippering or go back to college to finish his education. “I chose to go back and finish,” he says. He returned, not to mechanical engineering but to a BSc in industrial management with a minor in economics, after which he took a job in Kansas while completing an MBA in the evenings. “After five years I knew I wanted to be back on the coast and found a job in Massachusetts working for Acushnet, parent to Titleist and Footjoy and, as such, one of the world’s leading golf companies. My role was quality assurance manager for all purchase-for-resale items, from apparel to golf carts and golf gloves.”

Travelling around 160 days a year meant Robba became accustomed to life on the road, and in particular to the Far East. “Any new factory had to be approved by me,” he says. “I guess I did well. After two years I was made operations manager for golf gloves worldwide.” Three years later the company pulled out of factories in South Korea, leaving them with empty order books. “I saw an opportunity to step out and represent those factories,” Robba explains. “We had started sourcing product in Indonesia and that’s how I began my own business in Indonesia in 1992. I had an acquaintance who was friends with the president of the Wilson brand, and he pulled that client in for me. In our first year we had a $10 million turnover.”

It was also in 1992 that Robba got his own yacht, a nine metre Tartan 30 that had been owned by his uncle. He replaced that with a 12 metre wooden lobster yacht, his first wooden boat. “I learnt a lot in that time,” he smiles, “in particular making sure they don’t leak!”

Robba moved permanently to Indonesia in 1998, having opened his first factory in Jakarta the year before. “Around the turn of the millennium Indonesia was a pretty scary place, but we persevered and, in 2002, we made a decision to move to central Java, where we built a rather large factory that opened in 2003.” PT Sport Glove Indonesia’s output now spans the gamut of gloves, from golf, running, riding and cycling to military gloves, work gloves and gloves for the oil and gas industry.

His manufacturing and quality assurance background has honed Robba’s eye for detail, which is evident as we sit forward in Dunia Baru, his beloved phinisi. The intricacy of the woodwork that surrounds us balances neatly with the solid heft of her construction, but her build is a story of frustration, joy, learning and experience that spanned eight years in total. “I remarried in Bali in 2005 and was looking for something to do when my family came over for two weeks,” he says, “and I thought going for a cruise on one of the traditional phinisis would be great.

“At the time I was planning on building a villa in Bali but decided instead to build a boat. I had heard you could build a phinisi for around a million dollars and I thought it would take about two and a half years. My son was a high school sophomore so the idea was that the boat would be finished in time for his graduation. His indoctrination into Indonesia was going to be a year-long sail through the country.”

It quickly became apparent that Robba’s calculations had been off – on all fronts. “I didn’t give it as much thought as I probably should have,” he admits. “What I find is that there are a lot of great people in the marine industry but not a lot of people who want to talk about the true cost of anything. We negotiated with a guy who had built another famous phinisi. We agreed on a price of $130,000 to build the hull and superstructure – but later I discovered that we also needed $100,000-worth of bolts, which we had custom made.”

A contact Robba made at the International WorkBoat Show in New Orleans put him in touch with an East Coast marine systems supplier and, such was the interest in Robba’s build-in-the-jungle project, one of the partners quit to join the build.

The site for the hull construction was a two-hour ride by speedboat up river, on the fringes of the jungles of Sulawesi, where all the wood for the build was harvested. With a team of just 20 Indonesian builders and carpenters, the hull gradually took shape. “As the project progressed I realised it was more complex than I had anticipated,” he explains.

The build faced other, unique challenges, too. At one point, three and a half years in, the local mafia seized the hull and superstructure and threatened to put the yacht into auction. “They wanted around $100,000 to stop the auction,” Robba says, “but my company director in Indonesia told me not to play ball. We pushed for the auction, which annoyed them, and managed to buy the hull back for around $40,000. I had around half a million invested in it at that point. It also meant that when the hull completed the 1,500-mile tow to Bali for fit-out, the local police had nothing on us.”

It was in Bali that the build was completed over the next five years, with Robba drawing inspiration from the local furniture stores, Indonesian culture and his travels to top hotels around the world for finish and decoration. The final stats are impressive. In total, 800 cubic metres of wood were used in Dunia Baru’s construction – primarily ironwood with some teak – along with 1.5km of strip lighting and 360 LEDs. The result is a glorious blend of traditional and modern – but at a price. Robba estimates that the final build cost six times his original estimate. “When the boat was finally finished we went through all the emotions,” Robba says. “It qualified as the adventure, the ultimate adventure.” This is reflected in her nameplate: “Dunia Baru Adventures”.

It is a key tenet of Robba’s philosophy. “I’ve always tried to instil in my family and children that you should never take a vacation,” he explains. “You can sit by a swimming pool and it’s just kind of boring. Really, what we always want is adventure, and the way I define it would be when you did something where you experienced all the emotions, and not just joy, happiness and excitement but also feelings of discomfort or frustration. But once you’ve done it you have a feeling of accomplishment.

“When I’d be sitting in my office and having to pay for the boat I’d become very frustrated. But then every time I went to the build in the jungle I’d leave with this positive sense of everything,” he explains.

There’s no question that Dunia Baru’s build has been an epic journey in itself, driven by Robba’s desire not to cut corners, either under the skin or in her finish. In fact, she is built to ABYC standard. “From the very beginning I laid out that Dunia Baru had to be the best boat ever built in Indonesia,” Robba says. “She is kind of the pride of Indonesia.”

Robba built her primarily for private use, and regularly explores new areas of Indonesia, from Komodo to Raja Ampat, often with friends and various family members on board. However, she is also proving a popular charter yacht, with guests enjoying her combination of all-mod-cons luxury, features such as her country kitchen style aft galley, epic sound system and affable Indonesian crew. Moreover, with a permanent onboard divemaster, she really does provide a perfect platform for exploring the wonders of Indonesia’s underwater world, from vibrant reefs to stunning marine wildlife.

“There are other yachts that offer more of a cultural experience,” Robba concludes, “but if you want to have a really good time you should go on Dunia Baru.”