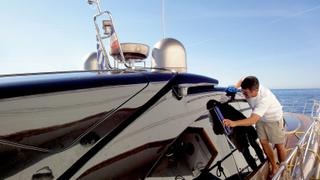 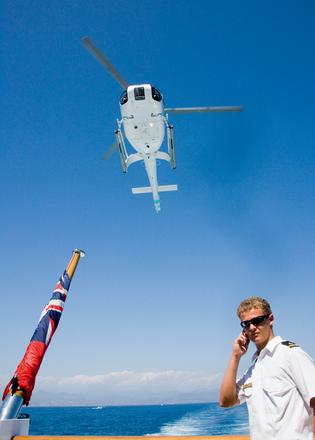 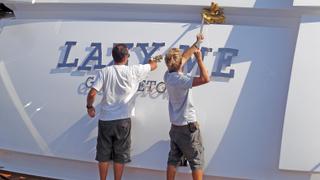 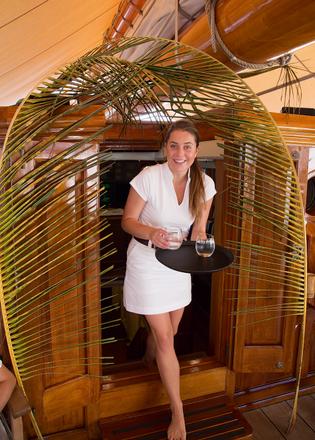 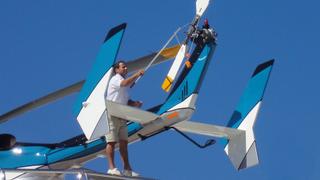 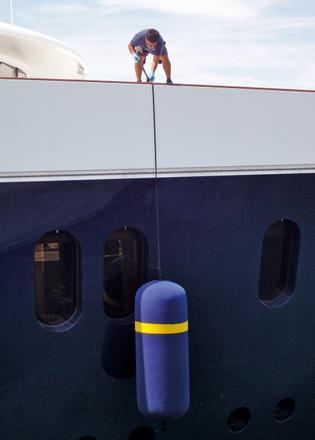 Yachts need the right staff, made of the right stuff, to ensure a happy ship. Caroline White discovers the secrets of crew casting...

The wrong superyacht crew will transform your precious days at sea from the grandest holiday money can buy into the world’s most expensive purgatory. You’re trapped. And you’re paying for it. So while it might be more tempting to ponder the marble top for your sundeck bar, it’s also worth learning a little about how to find the right crew – and how to remedy the situation if you end up with the wrong ones. Or you might spend more time than you’d intended at that bar.

To a degree, the traits desirable in potential crew are obvious. Ian Pelham, director of crew agency Preferred Crew, reels off qualities such as attention to detail and teamwork, as well as broader attitudes such as a sense of adventure and “getting joy out of watching people end up happy”. Similarly, Louise Cailbourdin, crewing manager at the Crew Network, Fraser’s crewing arm, lists pride in appearance and good personal hygiene, adding “the light in their eyes that shows enthusiasm”.

When he’s hiring, Tripp Hock, captain of 45 metre Heesen motor yacht Amore Mio, looks for a certain grit in that enthusiasm. “The one thing you can never teach is that ability to be pleasant 24/7. I am often judging candidates during interviews – imagining, after endless weeks of back to back charters, will their smile win the battle over the fatigue or not?”

What’s more surprising is that, leaving aside dishonesty and major psychological problems, Pelham thinks that most character types can be accommodated on one yacht or another – it’s just a matter of finding the right match. “I’ve got a client who had been through a number of different deckhands,” he says. “The problem was that everybody on deck was from a particular region of Australia, where their sense of humour was a little aggressive, even insulting. Folks that came in without that same cultural niche felt very quickly isolated – and with this particular group if you reacted negatively or were embarrassed by the way they picked on you, the picking became harder. So they needed somebody who had a thick skin so that they would fit in.”

This is where crew agencies earn their stripes, really getting to know crew and building up a portfolio, with someone to suit every boat. The logical extension of that is psychometric testing (the best known example of which is the Myers-Briggs test) to establish personality types, strengths and weaknesses and therefore help a captain or owner build a rounded and cohesive team. “I am 100 per cent in favour of them,” says Pelham. “The only reason we don’t use them is that they’re outrageously expensive, but if somebody created psychometric testing ‘lite’ I am convinced that it would do very well in yachting.”

Pelham finds the major issues come when crew aren’t honest with themselves. “Where we bump into the most trouble is if somebody hasn’t really given thought to what they want. If they don’t know what they’re looking for and if they have some charisma, they may be able to sell themselves for a position or a programme, but once they get on board they don’t fit and they end up not staying very long.”

So how do you cut through the charm and get to a truth that a potential employee doesn’t want you to know? Sometimes the flaw in a candidate is so brazenly on show that very little insight is required. “There was one occasion when a crew member swore blind they didn’t smoke, but had a packet of cigarettes in their breast pocket throughout the interview,” Cailbourdin says.

Most of the time, though, this is where interview experience pays dividends. “If you ask somebody the same question in two different ways – one where it seems that you’re trying to bring out one particular answer and another where you’re trying to bring out the opposite – if they haven’t given thought to what they want to do, they’ll try to answer the question the way they think you want to hear the answer,” says Pelham, “and you will end up with diametrically opposed answers from the same person. That’s usually an indication that they’re not solid in what they’re seeking.”

Cailbourdin points to body language: “Lack of eye contact, slouching, folded arms or, if you ask probing questions, their eyes start rolling or they become defensive. Fortunately this contrasts with our usual interview experience.” She also warns that sometimes enthusiasm comes with a drawback. In years gone by, when becoming a crew member didn’t require someone to invest in basic training, newcomers were often only motivated by fun and adventure. “So the smell of alcohol at 9am, for example, or slurred telephone conversations at lunchtime were frequent red flags.”

That doesn’t mean, however, that “green” crew members are always a bad idea. “There are huge benefits in going with crew that are fresh to the industry,” says Pelham. “The number one complaint I get from captains, mates, chief stews about somebody with a year or so under their belt is they go back to ‘well, that’s not the way we did it on our last boat’. Bad habits don’t necessarily mean knowing how to sneak around work or avoid doing things. Fresh crew come in like a sponge, ready to absorb whatever that particular manager has to offer.”

Hock thinks that experimenting with unconventional hires can have huge potential benefits. “For example, at the moment I have a 40-year-old junior deckhand,” he says. “While not the traditional demographic for that role, he brings a freshness, an eagerness to start in the industry at this age – and a maturity – that makes him a really wonderful crew member.”

But whatever their experience, surely the most obvious way to find out about a potential crew member is through their CV and references. “I’d recommend that even if you have a written reference, you or your agent call and do a verbal reference check,” says Pelham. “There are things that nobody puts in writing. Nobody says, ‘would you please put down that I adhered to the boat’s drug and alcohol policy’. But that’s a question that needs to be asked.” Also, sometimes people just lack integrity. “Checking licences is important. There have been cases where licences have been fake,” says Cailbourdin.

As important as selecting the crew of your dreams, though, is ascertaining your respective rights and responsibilities – particularly if one or two turn out to be less dreamy than you’d expected. “We’re split into two camps,” says John Leonida, a partner at UK law firm Clyde & Co. “If it’s a commercial boat it’s governed by the Maritime Labour Convention. Crew will have an appropriate employment contract and disciplinary procedures, in the way that a big corporation or any serious company has onshore.”

If it’s a private boat, not governed by the MLC, things can get more complex. Leonida gives an example: “You are a crew employment company or an owner and you decide that a crew member’s contract is governed by BVI law but the yacht is permanently berthed in France and the crew member has some connection with France – they have an apartment there, they pay taxes there. It may then be that French law applies. We’ve seen it on several occasions over the years, that the crew member is dismissed and suddenly we find ourselves within the French legal system. Then you’ve got to take the decision – do you challenge jurisdiction or do you just go with it?”

In general terms, avoiding such complications often boils down to being a reasonable employer – yet there are some obvious no-nos that still come up time and again in superyachting. “You hear the stories that a stewardess will be hired, but then madam might find that she is too pretty and wants to get rid of her,” says Danny McGowan, strategic organiser focusing on superyachts at maritime trade union Nautilus International. He suggests the wisest way to proceed is to adhere to the Merchant Navy Code of Conduct, which has been ratified both by Nautilus and the MCA and which he describes as “one of the fairest disciplinary processes that we could see somebody taken through”.

What you don’t do, says Leonida, “is just fire on a whim, unless there is gross misconduct or the safety of the vessel is at risk, at which point you can offload them, but not necessarily fire them. And, of course, you can’t just abandon a crew member on a small atoll in the middle of nowhere. You have an obligation to get them back home.”

McGowan suggests getting in contact with his union before things get nasty in the first place. “For example, companies like Shell and Maersk and huge shipping companies have voluntary agreements with us where we’re able to do [mediation],” he says. “They maintain those agreements with us because they’d rather deal with an organisation of our standing and history when it comes to discipline and dismissals than either individuals or solicitors engaged by someone looking in the phone book.”

And, of course, that will leave you more time to enjoy your sundeck bar, on a voluntary basis.

Kanaloa: The 48m CRN yacht that was saved by her crew