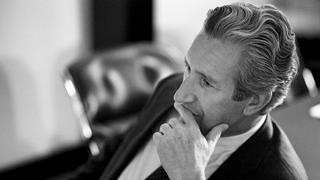 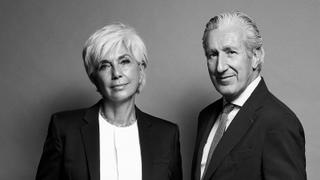 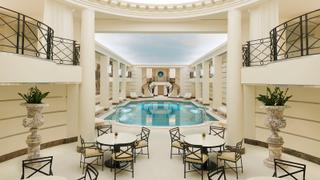 He has worked on private houses for Bill Gates, Calvin Klein and Leslie Wexner, as well as the restoration of the Statue of Liberty, galleries at the J Paul Getty Museum, Cartier’s flagship Fifth Avenue Mansion, and the renovation of the Ritz Paris hotel. Now Thierry Despont is branching out. The celebrated French-born architect and designer has dipped his toe into the superyacht waters and is diving into a new partnership.

It all started some five years ago. Despont spent a week sailing around the Italian islands aboard a 50 metre Perini Navi. His task was to report back to its owner on “what to do” with it – although the boat was already finished, Despont decided to change all the furniture and part of the layout. Having enjoyed the experience, he decided that yachts could be part of his future. “A boat is either like a private home or, if it’s to be chartered, it’s like a hotel,” he says. “And we do houses and we do hotels.”

Despont recently formed Design Partners with Paris-based Linda Pinto, the sister of the renowned interior designer Alberto Pinto. The idea is to become, as Despont puts it, “the LVMH of interiors, to create ‘a one-stop design shop’, and to work on the best houses, hotels, planes and yachts.” The plan is for the new brand to be active all over Europe, the US and the Middle East.

Although Despont, whose day job office is in Tribeca, freely admits that Pinto has far more experience with boats than he does, he feels their combined talents make them perfect partners. Friends for years, he and Pinto share a mentor, Hubert de Givenchy. Despont feels their combined assets – especially his team of architects, with its skills in 3D computer rendering, and Pinto’s elevated design aesthetic – make them natural collaborators. In addition, they often share clients, with Despont designing the house in the US, and Pinto the house in Europe. “And now they’ll ask us to do their boats.

Each brings with them a team of around 50 people, many of whom have been working together for more than 20 years. They will tackle projects from top to bottom: after working on the architecture and the interiors, they will move on to the furniture, the china, the linen. “We’ll even frame the family pictures,” Despont says. And he enjoys collaboration. “I don’t want to have carte blanche. I’m a good listener. I love getting into people’s heads, their likes and dislikes. I like to give shape to their dream.”

Long accustomed to working with engineers on buildings, Despont says that working with a marine architect is a very similar collaboration. He cites the example of a joint project with yacht designers Bannenberg & Rowell – the client was the owner of a large American retail company and Despont had previously designed his house. “It was like a piano duet. You have your way of playing, as does the pianist next to you, and together you make music.”

So what, in Despont’s opinion, makes a good yacht interior? His favourite boats, he tells me, reflect the personalities of their owners. He cites the examples of a Niarchos family yacht and Givenchy’s specially designed gulet. Yachts that will be available for charter are very different, however, as they must “work for different people” and have a style and image that is current, like a hotel. Most commercial yacht interiors Despont finds boring: “They’re all beige on beige, with a touch of grey. No imagination.”

Despont is working on a Cipriani hotel in downtown Manhattan, located in the old ferry terminal that served Governors Island. He took inspiration from the Italian ocean liners of the 1930s, he says, and the bedrooms will be like first class cabins, overlooking the harbour.

He then shows me the design for his newest project with Pinto, a mobile apartment that looks like a sci-rocket ship. Having completed a luxury location trailer for a prominent movie producer, Despont says that he “loves the notion of luxury on the move.” If you have a boat and you want to go to the most remote and exotic places you can take the tender ashore, but where do you go then? The solution, Despont insists, is a luxury trailer that can be delivered wherever it is needed. Equipped with solar sails that deploy to provide electricity, it is like an apartment on four wheels, with a living room, kitchen, bedrooms, a bathroom, dressing area and an observatory. “If you really want to get away, this is ultimate means of escape for a billionaire.”

In his spare time, Despont likes to fish and paint watercolours of his catch. “I’ve loved fishing since childhood. I spent all my summer holidays on Ile d’Yeu, on the Atlantic coast of France. I was fishing from the jetty, from the rocks, from the lobster fishing boats. When I was 20, took a job on a tuna fishing boat and went out all summer. It was the toughest thing I’ve done. On our first run we went almost as far as the Azores.”

One day, Despont says, he will have his own yacht. And, as for so many others, it is his dream to “own a sailboat and to sail around the world.”

Family values: Ezequiel Farca on the interior design of a 35 metre Benetti