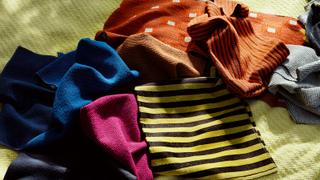 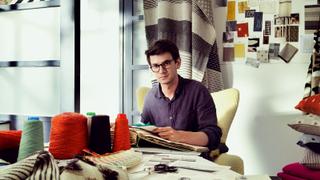 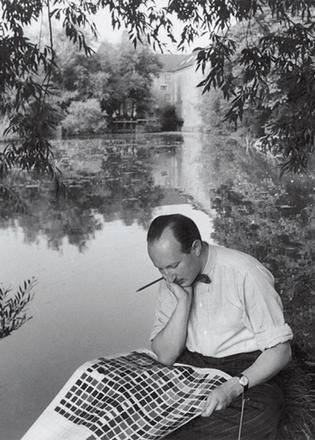 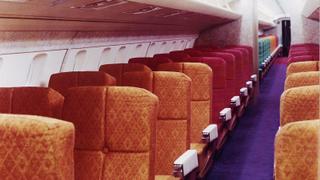 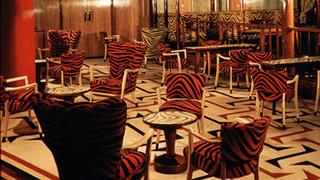 Sam Reich is on a one-man mission to bring beautiful, textured fabrics into your boat and home. Reich is the grandson of the late Tibor Reich, the Hungarian-born designer who revolutionised post-war British interiors with his refreshing palette of colourful textiles. His work was found in the chicest of places, from Clarence House (where one of his fabrics was chosen by the then Princess Elizabeth in 1947) to gracing the saloons and cabins of the elegant ocean liners of the 1950s to the upholstery for the Anglo-French airliner Concorde in the 1960s.

However, in 1976 the great designer’s mill near Stratford-upon-Avon, UK, closed and none of his four children wanted to take it over. Then, at the end of last year, 20 years after his death, his entrepreneurial grandson decided to relaunch the Tibor brand and make these marvellous textiles available once again.

“A lot of these important designers of the post-war period get forgotten in history,” says Reich, who, at 26, looks like a cross between Harry Potter and Hugh Grant. “Having studied history, I was very determined to make sure that the legacy of Tibor didn’t just disappear.”

Sipping tea in the company’s studio in Holland Park, West London, Reich jokes it was “naivety” that set him on this path, but having set up a music streaming business when he was 13 it is clear he has drive. That business grew to such an extent that he spent much of his time at Bristol University running it from the family house.

Reich was only five when his grandfather died. However, after university he spent a year studying the archive of 30,000 designs, along with thousands of newspaper cuttings, and he is now very familiar with his work. Interior designer David Bentheim, who is Tibor’s nephew, has also helped with the relaunch. He worked with Tibor in the 1960s and consults on the textiles that contemporary interior designers might want to use.

To start with they have launched 10 designs in five colourways. “It’s a very, very complex process,” says Reich, holding a bobbly yarn spool. “We start by sourcing the wools. We’ll take a fabric from the archive and then I work with the yarn spinners. You match the yarns and then you spin the yarns and send them off to the dyers.” After this they are twisted, weaved and finished. “Most just buy stock yarn. We do it the proper way from start to finish. That’s why you end up with fabrics that have beautiful textures and they’re original.”

Tibor came from a Jewish family of textile industrialists. “He cited his inspiration in colour as coming from Hungarian peasantry outfits,” says Reich. “The factory in Budapest was weaving braids and ribbons for Hungarian national outfits.” After training in Vienna, he left in 1937 to study textiles at Leeds University. “I think he foresaw the problems [in Europe].” He set up the mill in Stratford-upon-Avon in 1946 and was soon designing fabric for the leading couturiers of the day: Norman Hartnell, Hardy Amies and House of Molyneux.

Tibor might not have strayed into interiors had it not been for the hefty tax on couture at the time. “He found a loophole in that if he could produce fabrics of a certain weight in interiors, you wouldn’t get that massive purchase tax,” says Reich. “In 1947 he started to bring this idea of fashion into furnishings and that is very much what we do.”

Tibor reached his zenith at the right time in history. At the Festival of Britain in 1951, he revealed his deep textured fabrics on the latest furniture in daring new shades: kingfisher blue, sunshine yellow and Siamese pink – a complete break from the drab colours available during post-war rationing.

Tibor played with the yarns, mixing threads the way a painter blends and builds colour. He designed all the fabrics for the Royal Shakespeare Company, naming them after Shakespearean characters. “That was his major break into big manufacturing and he started working with all the big furniture manufacturers of the day like Ercol and G Plan,” says Reich.

Then came the boats. “The Cunards and so forth used a huge amount of Tibor textiles, because they were very luxurious.” The archive is filled with press cuttings and adverts shouting out that Tibor used Zebra on TSS Olympia and “deep textures” for Britannia. When Cunard re-upholstered the suites on the _Queen Mary _it was his Shaftsbury fabric it chose because it went well with contemporary and traditional furnishings.

Tibor’s interest went beyond textiles and “he did special things like the children’s cabins for some of the boats”. It’s a legacy Reich is keen to continue. “We are working on bespoke deep textured weaves for prestigious new superyachts with some of Paris’s most exclusive modernist interior designers to create dramatic interiors.” With all the designs in the archive, the brand is well set up for bespoke work, which makes up half of its orders. Among new commissions are fabrics for the forthcoming Soho House in Shepherd’s Bush.

Some of Tibor’s fabrics, such as the classic Royal Boucle or the Princess (made for Princess Elizabeth), are being matched exactly to Tibor’s original designs whereas others are being adapted for a more modern audience.

Alongside the core collection, the brand is also working on turning some of Tibor’s popular designs into outdoor fabrics. With representation in Paris and having recently launched in New York at Holland & Sherry, and in LA at Thomas Lavin, Reich is keen for Tibor’s individual designs to conquer the world once more. Armed with his business acumen and his grandfather’s unique designs, Reich will surely succeed in his mission to get these beautiful fabrics aboard the world’s smartest ships once again.

She wears it well: How to pick the best fabrics for every room of your yacht

Cottoning on: The insider's guide to buying bespoke linen

Everything you need to know before buying linen for your yacht