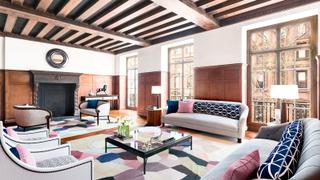 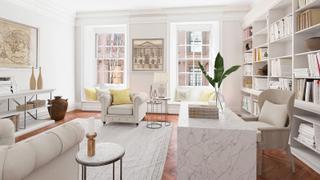 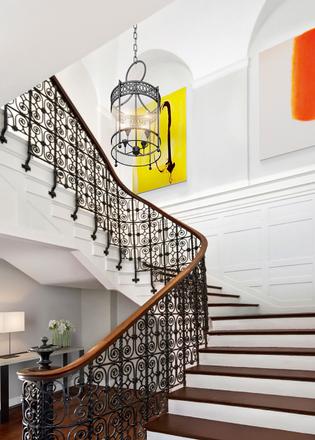 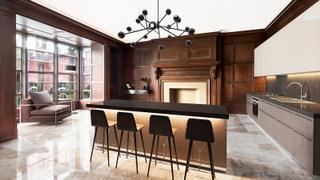 If you want a slice of one of New York’s most affluent neighbourhoods, now may be the perfect time to invest in your next urban home. In a city where space is the ultimate luxury this Upper East Side townhouse, designed by the late great Charles A Platt and our property of the month, offers it in abundance, says Francesca Steele.

It was Central Park, completed in 1873, which saw the creation of New York’s Upper East Side as Manhattan’s affluent homeowners decided to abandon larger mansions in favour of spectacular views. Towards the end of the 19th century, rows of townhouses sprang up between Fifth Avenue and 96th Street. Madison Avenue boutiques and the cultural frisson offered by nearby museums certainly haven’t hurt the local property prices, which are among the highest per square metre in the world. But now could be the time to bag a chic brownstone at a decent price. Estate agents say that prices have fallen in Manhattan’s luxury market due to the residual effects of “pre-election jitters”.

A growing lack of inventory has created a lethargic market that is waiting to see what happens. “Upper East Side co-operatives, once the cornerstone of the luxury market, have become the ‘value buy’ relative to the more recently coveted condominiums downtown,” says Kirk Henckels, vice chairman of Stribling, a New York Savills associate.

With an illustrious list of clients that included the Rockefeller and Roosevelt families, Charles A Platt dominated American architecture in the early 20th century. Just moments from the Sara Delano Roosevelt Memorial House, another Platt design, Number 125 East 65th Street, is for sale with Sotheby’s International Realty for $29.5 million.

This impressive five bedroom Upper East Side, Lenox Hill home is a beautiful example of early 20th century American Renaissance style. Built in 1905 for the American physiologist, Frederic S Lee, who worked nearby at Columbia University’s College of Physicians and Surgeons, it is a classic example of the neo-Georgian revival.

Slotted between an impressive and eclectic townhouse block ranging in architectural styles including Federal brick townhouses, limestone Beaux Arts townhouses and lovely Victorian brownstones, is this commanding townhouse, which the agent says is likely to get snapped up by “hedge fund professionals, tech professionals, celebrities, international buyers or corporate executives”.

At more than 10 metres wide, it is unusually large – most townhouses are less than eight metres wide. High ceilings around the house reach 3.6 metres in the living room, which also has three floor-to-ceiling French doors opening onto balconies. Behind the brick façade, lovely period detail remains: mouldings, fireplace mantels, panelling and herringbone floors. A double-width staircase runs up through the six floors. On the ground floor, beyond the entrance foyer, you will find the kitchen and the library. One floor up is the dining room and drawing room, before you reach the four main bedrooms on the top two floors of the house.

The agent, Louise Beit, associate broker at Sotheby’s International Realty, points out that the floorplan is extremely flexible because of its unusual width. “This vast space allows four bedrooms per floor, which amounts to eight bedrooms,” she says. “Alternatively, the master suite could encompass the full width of the townhouse.”

The fifth bedroom is the staff room on the garden floor, alongside the family and media room, which looks out onto the Chinese-walled rock garden – complete with traditional Chinese plants. This garden is a nod to the Chinese Institute, which was based in the building for nearly seven decades after being gifted the property in 1944. For outdoor lovers there is also room to create a roof garden at the back.

Nearby are all the things one would expect of an Upper East Side mansion’s neighbourhood. A stone’s throw away are the homes of celebrated New Yorkers such as Woody Allen and Michael Bloomberg. Several good private schools are also within walking distance, including the Brearley School for girls and the Buckley School for boys, as is the Metropolitan Museum of Art.

Number 125 East 65th Street is on the market with Sotheby’s International Realty, sothebyshomes.com

The celebrity-approved luxury properties for sale

Swim fan: The best urban homes with pools for sale