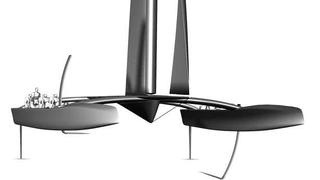 Oracle Team USA has published the Protocol for the 35th America’s Cup, the document that governs the terms for the next event.

Negotiations to reach this point have been long, tense and protracted as Oracle has struggled to find common ground with Team Australia, the Challenger of Record. The Protocol tells us that the next Cup will take place in AC62s, a smaller – and hopefully more affordable – version of the wing-masted, foiling catamarans that raced on San Francisco Bay last year. The new yachts will be crewed by only eight sailors instead of the 11 it took to man the AC72s.

The finals will take place in summer 2017, although where is yet to be determined. The Defender would love to take the Cup back to San Francisco, but the city is playing hardball in negotiations. So Oracle has given itself until the end of 2014 to finalise the venue, with other possible cities including Chicago and San Diego.

Grant Dalton of Emirates Team New Zealand says it is impossible to nail down sponsorship agreements while the venue remains unknown, and with the entry fee of $2 million due by no later than 8 August 2014, Kiwi fans accuse the Protocol of deliberately aiming to keep the team out of the Cup.

Further controversy arises from the announcement that while challengers are restricted to building just one AC62, the Defender can build two. However, we won’t see the AC62s racing until 2017 so, in similar fashion to the last Cup, teams will get up to speed in AC45s on the America’s Cup World Series (ACWS) in 2015 and 2016.

The ACWS will be used to seed teams for the America’s Cup Qualifiers (ACQ), which takes place in 2017 and will involve all challengers and the Defender. The top four challenger teams from the ACQ will proceed to the America’s Cup Playoffs, with the winner going forward to contest the 35th America’s Cup against Oracle.