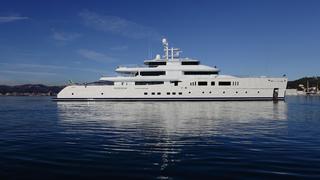 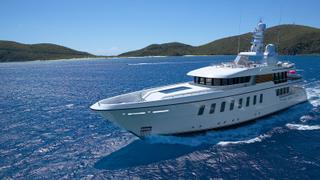 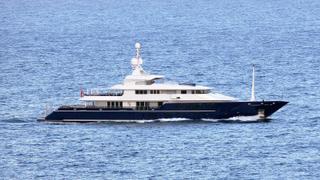 Seven yacht sales were announced in the past seven days, including the biggest deal of the year so far — the 73 metre Perini Navi-Pichiotti motor yacht Grace E (pictured below), which was sold by Fraser and Y.CO after less than six months on the market. This bumper sale boosted the total asking price of the yachts sold this week to more than £91 million ($122 million). Fraser was the most active brokerage house, having been involved in two completed deals.

Two yachts were listed for sale this week with a combined asking price in excess of £44 million ($59 million). The largest new listing was the 68 metre Nobiskrug motor yacht Triple Seven, which is back on the market with Burgess five years after she was last sold.

Subscribe to BOAT Pro to access brokerage sales data and unlimited specs for 12,241 yachts in our Superyacht Directory – the world’s most comprehensive superyacht data.