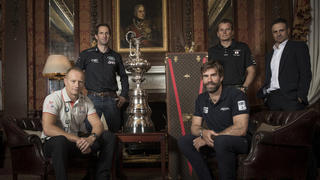 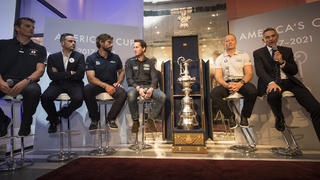 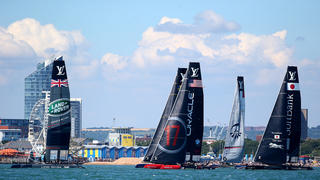 There we revealed a framework agreement between the current teams that sets out most of the conditions for the next two editions of the America’s Cup, locking in a plan for the future in a way that’s never happened before. Instead of the uncertainty that would normally follow the final race in Bermuda this summer, we already know the type of boat that will be raced next time, plus the rules and the timing of the next two Cups.

And we even have a plan for the World Series. All that’s left to decide is the location of the final matches, which the new defending champion will get to choose. But with everything else laid out, all the stakeholders, from the teams, to the sponsors, to the TV rights-holders and future World Series venues, know what happens next.

Let me give you a bit of background to show you why this agreement is such a big deal. Unlike just about every other sport in the world, when a team (and its yacht club) wins the America’s Cup, they really win the America’s Cup — not just the title, not just the trophy, but the rights to the next event. Under the Deed of Gift, which was written in the 1800s, the winner becomes the trustee of the event and as such works with a challenger to agree on a vision for the upcoming contest.

Nearly everything — the race’s location and timing, the class of boat, whether there will be a World Series and how it will count and the Youth America’s Cup — is open to negotiation. All of this takes time and that means any momentum gained from an exciting America’s Cup — like we had in San Francisco in 2013, for example — can evaporate during a one year vacuum.

This time, with more sailors in key management roles and with guys such as Larry Ellison, Russell Coutts and Martin Whitmarsh (Land Rover BAR and ex-Formula One) providing a push, we decided to try to accelerate this process. We asked ourselves: could we agree now about what we would do next instead of waiting for the race to be over? If it sounds like an obvious route to take, that’s because it is.

To be honest, it’s not the first attempt but in the past the teams have always been too greedy in trying to control the next event if they became the Defender. Ironing out this agreement was far from easy but we all made compromises — and I give the team owners a lot of credit for seeing the bigger picture.

I’m really excited we were able to get this across the line. I think it means the America’s Cup has a bright future no matter who wins. Well, almost. To date, Emirates Team New Zealand hasn’t agreed to come on board with this, for reasons it (at the time of writing) hasn’t articulated.

It is strange; as a team that claims to rely on commercial sponsorship, you would think the Kiwis would see this as a good thing. Maybe they’ll come aboard in time. Meanwhile, there are several potential new teams who already see the benefit in what we’ve done and are lining up campaigns for next time, which is encouraging.

Overall, to grow the event and the sport, we need certainty, consistency and to improve the return on investment for partners and owners. This framework agreement does all of that and more. I think the sailors who were part of this — Dean Barker, Ben Ainslie, Iain Percy, Franck Cammas and myself — are proud to have contributed to this agreement. We’re glad to have it signed, sealed and delivered, so that now we can go back to our day jobs — making boats fly and trying to win the America’s Cup.