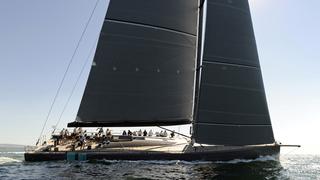 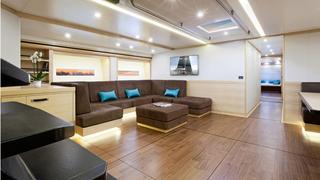 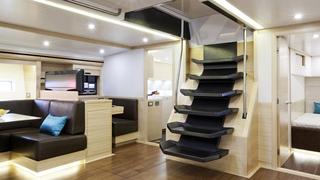 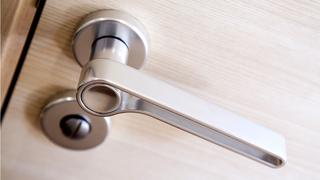 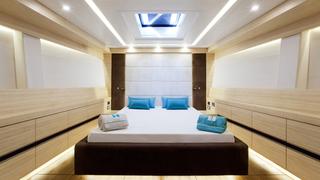 Hamilton II - a delightful mix of performance and luxury

During the summer of 2010, Charles Dunstone wasn’t enjoying racing his 35.65 metre yacht Hamilton II as much as he had done previously. Not only did he often find himself in uneven contests against boats with disparate ratings, but the desire to be competitive was putting loads on the boat not anticipated when she was built for cruising in 2005. At about the same time, Wally founder Luca Bassani became aware Dunstone’s circumstances were not unique; he wondered if there was an opportunity to develop a new type of Wally.

Right from the start it was considered vital the new class should fit in with the existing Wally ethos: to promote high-performance yachts with comfortable cruising interiors, and simple and safe sail-handling systems. Bassani entered a consultation process – involving five leading naval architects and a number of potential clients, culminating with an open forum at the Wally AGM in Saint-Tropez in September 2010 – as a result of which the WallyCento class was born.

The length, as the name suggests, would be a maximum of 100 feet (30.48 metres) – ‘The perfect size,’ says Bassani, ‘to combine absolute comfort, outstanding performance and racing manoeuvrability.’ It would be a ‘box rule’ class rather than a one-design, to allow owners the freedom to choose their own designers and builders, while giving the boats very similar IRC ratings to provide close racing.

Dunstone decided that the WallyCento was the best way forward and quickly assembled a formidable team to produce one: Design Unlimited for the interior design and exterior styling; Judel/Vrolijk for the naval architecture; a project management team including James Stagg and Richard Clampett, together with Richy O’Farrell, who had been captain of several Dunstone TP52s and would assume the same role on the new boat; and, as he was keen to go to a British yard, Green Marine to build the hull, deck and structure at its new premises at Hythe, UK. For the fit-out, the project used a build box at Green Marine and managed the subcontractors, working closely with Green’s project manager Simon Smith and production planner Connell Daino.

The timescale was demanding from the start, as Dunstone stipulated the new boat be ready for the Superyacht Cup in Cowes in July 2012. He would then go on to the Maxi Yacht Rolex Cup in Porto Cervo, where he expected to race against another new WallyCento, Sir Lindsay Owen-Jones’s Reichel/Pugh-designed Magic Carpet 3.

In February 2011 Green Marine began building the hull and deck, which were constructed in female moulds from carbon pre-preg with a mostly Nomex core. By Christmas 2011 they had been bonded together allowing C-Designs, responsible for the design and installation of the systems, to start work on board.

Design Unlimited had been progressing the interior at a similarly rapid pace. The starting point was to work around restrictions imposed by the structure surrounding the lifting keel and mast. ‘It was also quite tricky as the crew wanted open spaces for ease of sail handling,’ explains Mark Tucker of Design Unlimited, ‘and although this fitted in with the owner’s desire for a large saloon, it met with initial resistance from Wally.’ But once it was shown that the proposal – a straight passageway going from the full-beam saloon forward to a wider lobby and a double door leading to the owner’s cabin – allowed space for other cabin requirements, an agreement was reached.

Although it was decided that the displacement should be at the top end of the WallyCento parameters, weight was kept to a minimum in every aspect of construction so that the balance to maximum weight could be put into the ballast, making her more powerful. Design Unlimited worked with Struik & Hamerslag, contracted to construct and install the interior, to ensure ‘every kilogram of weight would be used to maximise the boat’s performance, but without compromising quality’, says Tucker, resulting in joinery mainly constructed from aluminium honeycomb panels with lightweight plywood skins.

‘Every practical opportunity to save weight in the systems was given the highest priority,’ adds C-Designs’ Nick McGarry. The keel ram cylinders were made of high strength alloy wrapped in carbon fibre, for instance, and titanium was widely used throughout. ‘With racing boats it’s easy to manage the weight, but with a cruising interior and engineering systems it’s quite complex,’ Stagg comments, ‘but we’re happy with where we’ve ended up.’

_Hamilton_ was launched as planned in early June, which allowed a further six weeks to install the keel, step the mast, commission the systems and conduct sea trials before her first race. ‘The key to finishing on time was a great team effort,’ says Green Marine MD Marcel Müller. ‘Everybody had a clear target and was able to be flexible when necessary, and there was not a single moment when anyone fell out.’

The finishes throughout the interior provide the ‘warm, comfortable feel’ that was part of Tucker’s brief: bulkheads and overheads in Sunbrella Natural Linen or off-white paint; walnut soles but with racing replacements in the owner’s cabin and saloon – ironically slightly heavier but better suited to the rigours of urgent sail movements; and doors and joinery units in Sen – a delightful Japanese timber similar to ash but lighter in colour and (crucially) weight.

The design for the cockpit geometry was the result of a collaboration between the project management team and Design Unlimited. Aft of the companionway is a guest seating area leading to the huge workmanlike cockpit, with eight Harken hydraulic winches around its perimeter.

Within the cockpit are three pairs of Adriana Monk-designed ‘sculptures’: the steering pedestals outboard, the central control consoles, and the curious L-shaped structures near the transom that provide handholds for guests to cross this particularly wide part of the boat safely. Monk was also responsible for the colour scheme, which includes strategic use of turquoise, most noticeably in the distinctive H that gives a light touch to the ‘Thames Mud’ topsides. The laid teak deck is a Wally requirement but the 6mm thickness is, not surprisingly, the minimum allowed.

At the Superyacht Cup in Cowes, Dunstone (now Sir Charles, having been knighted in the Queen’s Birthday Honours list the previous month) was delighted when he steered Hamilton to overall victory. The original idea was that Hamilton would be racing in a class of WallyCentos, but a third one has yet to be ordered. Some have clearly been waiting to have a proper look at the first completed boat – and Hamilton was at the Monaco Yacht Show for precisely that purpose – but there will still be a lead time of a couple of years after a new boat is ordered.

In the meantime, as Dunstone starts to enjoy Hamilton II again in the cruising role originally intended for her, he and his Hamilton team – while fine-tuning the performance of his awesome new boat – can look forward to doing battle with _Magic Carpet 3 _next summer.