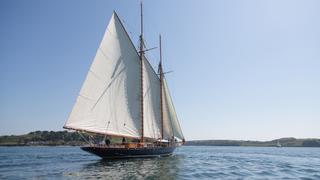 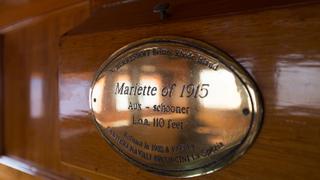 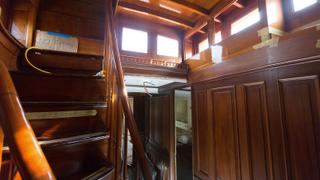 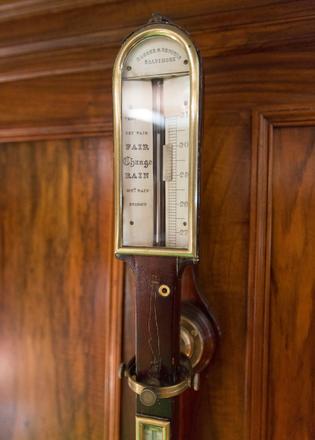 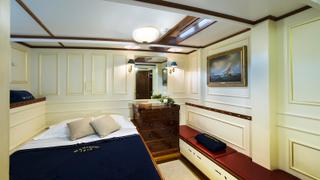 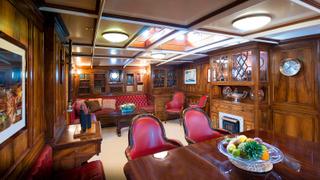 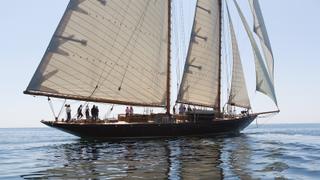 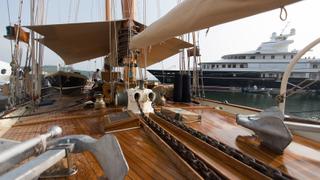 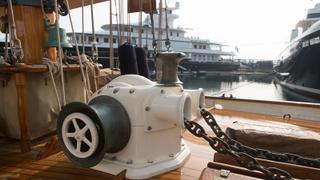 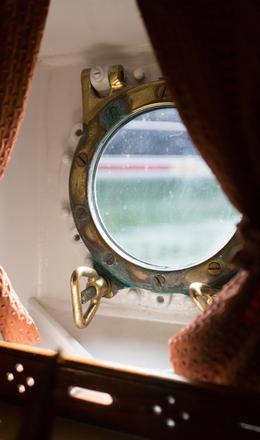 Living legend: Inside the major refit of Herreshoff schooner Mariette of 1915

The Herreshoff schooner Mariette of 1915 has had a good innings, says Nigel Sharp, and thanks to Pendennis she’s ready for her second century...

Committing to the major overhaul of a classic yacht can be a fraught experience. Piecemeal upgrades and improvements over the years can keep it on the water, but once you lift the lid properly you’re not always sure what you’re going to find. And when the yacht in question was built in 1915, has undertaken countless transatlantics and regattas and been through a score of owners (including the US Coastguard), fraught can become fright.

The last major refit undertaken on the Herreshoff schooner Mariette of 1915 was completed in La Spezia, when she was owned by Tom Perkins. The US tech billionaire famously binned the Bermuda rig, returning the yacht to her original gaff set-up, and replaced the engines and props. But that was in 1995. More than 20 years later Mariette checked in to Pendennis in Falmouth, UK, for another major overhaul. Long-time captain Charlie Wroe admits there were a number of “unknowns”.

In 2013, Wroe had project-managed a highly successful “DIY” restoration of a slightly smaller schooner, Kelpie of Falmouth, for the same owner. A similar approach was considered this time but the decision to hand her over to the workers at Pendennis proved a good one. “We knew they do good work and we had a good working relationship with them, and that would mean less stress for everyone,” he says. She was hauled out at Pendennis’s yard on 1 September 2017 for work to begin.

The deck was an early focus. Mariette’s original deck consisted of pitch pine planking laid directly on top of the steel deck beams. This was replaced in the 1980s with a deck comprising teak planks on a plywood subdeck, but by 2017 it had become clear that this deck would need to be ripped out, not least because screws used to secure the deck from underneath had started to pierce the surface of the teak. “We had this crop of dragon’s teeth coming up through the deck randomly in the high-wear areas,” explains Wroe.

It was decided to remove the entire deck – not just the teak but the plywood as well – because this would give access to the steel deck structure below. Extra steel members had been added haphazardly over the years and then packing pieces had been inserted to support the old plywood deck. These were removed and the structure faired with epoxy before two layers of 12mm plywood were fitted over the whole deck and the new teak was laid. Wroe is delighted with the result. He says the teak supplied by Stones Marine Timber is “better quality than before and much more uniform in grain”, and the planks and seams are “perfectly proportioned”.

Elsewhere on deck, improvements were made to the electric winch systems: a new Lewmar winch was fitted for faster control of the foresheet and hoisting the foresail; the other electric winches now have higher ratio gearboxes so that they run faster; and the new teak deck allowed several winch switches to be relocated to more practical positions. “These are all great improvements which will hopefully make a difference on the race course,” says Wroe.

Below decks, considerable work was carried out to the underwater steelwork – both the hull plating and internal structure. This involved removing joinery and equipment for internal access and, when putting everything back together, a lot of thought was given to preventing water (from showers, toilets and condensation pipes, for instance) lying in inaccessible places and to improving access for future maintenance of the inside of the hull. Where possible, steel was replaced by stainless steel in inaccessible areas such as the floors in the deep bilge and highly visible areas like the bowsprit chainplates. “We didn’t want the same problems reoccurring,” says the captain.

The integral steel water tanks – “impossible to service and keep clean”, according to Wroe – have been replaced by six plastic tanks. The total capacity – around 1,600 litres – is about the same as before but each tank can now be temporarily removed with ease to allow access to the surrounding steelwork. The steel fuel tanks have been retained, as their internal surfaces are well preserved by the protective properties of diesel fuel, but the plumbing that serves them – along with that for all water systems on board – has been replaced.

Over the past 40 years, as items of electrical equipment were upgraded and added, redundant wiring was often left in place, and much of the in-use wiring had become unreliable. “There was some vintage stuff in there,” says Wroe, “and in particular we had this scary spider’s web of cabling drooping down from the ceiling in the shaft alley.” All of it has now been replaced, along with much of the switching. Wroe is very much looking forward to the peace of mind of having “a logical, documented and professionally installed electrical system”.

The layout of the engineering spaces in the bilges needed a complete redesign. “Previously systems had been added piecemeal over the years,” says Wroe, “but we now had the opportunity to start with a clean slate.” After everything was removed from the engine room and surrounding areas, the engines themselves – 20-year-old Caterpillar 3208s V8s – were shot-blasted and painted and were the only items reinstalled in their original position.

The new locations of everything else were selected partly to allow for more space but also, in the case of heavy items – such as the batteries, watermaker, shaft brake and transformer – to move them closer to the boat’s centre of gravity. Weight savings were made throughout the refit, from scrapping the steel water tanks to the removal of the rarely used autopilot. “In total we have probably saved about a tonne,” says Wroe. “This may not seem very much but it all counts, and the redistribution of weight is important too. We will have to wait until we get back on the race course to see how much difference it makes to the boat’s performance.”

In the recent refit the entire deck was replaced with teak whose quality the captain says is superior. The planks and seams are now “perfectly proportioned” and have a “more uniform grain”, he says

The galley and crew mess were completely reconfigured, giving crew a larger table (made from a section of the old deck) around which everyone can sit as well as a new fridge and freezer set-up. Previously there were compressors in the engine room plumbed in to built-in cool boxes in the galley. “This system was not very reliable,” says Wroe, “and we were forever calling out refrigerator engineers to have it fixed. There were serious condensation problems from the cold boxes and plumbing, which led to rotten wood and rusty steelwork.” This system has now been completely replaced with three standalone commercial grade units – two fridges and one freezer.

After eight months Mariette emerged from Pendennis’s Falmouth sheds gleaming in May 2018. It was the fourth time the yacht had been at the yard for work and there is clearly a lot of affection there for the 103-year-old yacht. “Mariette has a special place in this yard and we were really pleased to take on this refit,” says Toby Allies, Pendennis’s joint managing director. “The work we’ve undertaken has really invested in her long-term future.” For Wroe, the aim of the game was to future-proof the yacht. “And we’ve certainly done that,” he says.

Mariette was put to the test immediately after the refit, setting course for Norway. “We cruised the Sognefjord and then the Lofoten islands,” says Wroe. “Lofoten in particular is breathtaking and we were fortunate with the good weather this year. This month we are cruising the Orkney and Shetland islands and then moving south to the west coast of Scotland. In September we will get south as fast as possible to race Mariette and Kelpie of Falmouth in the Cannes and Saint-Tropez regattas.” No rest, then, for this centurion.

Kanaloa: The 48m CRN yacht that was saved by her crew

Navigating the future: Investigating the next big developments in sailing