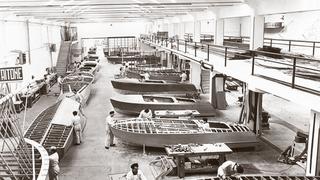 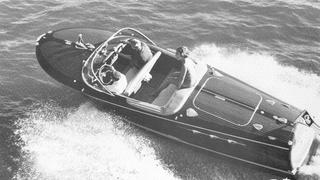 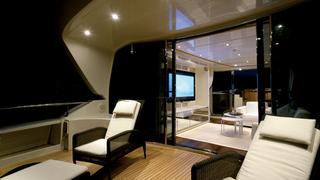 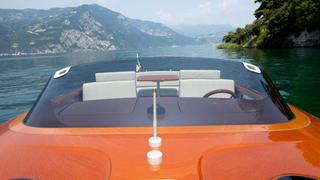 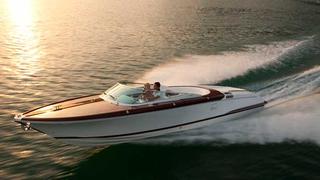 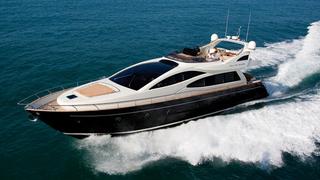 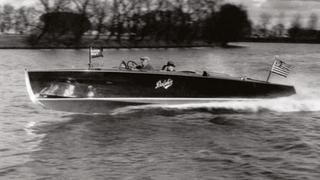 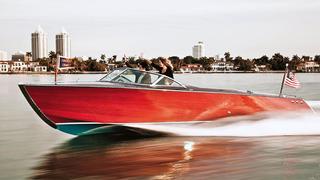 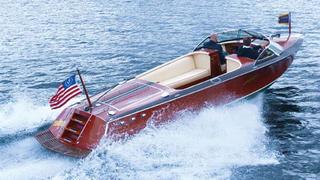 Marques of the jet-set Riva Hacker-Craft

There are few builders so iconic that the mere mention of their name conjures nostalgic images of another place and another time. Italian builder Riva and the American Hacker-Craft boat company are two such icons; their classic, stylish runabouts conveying visions of women in Jackie Os and blowing scarves cruising along the shores of Saint-Tropez and dashing yachtsmen racing about, enjoying the good life.

For over one hundred years, both of these brands epitomised the glamour of the luxury wooden runabout in their respective markets: Hacker-Craft embodied the innocence of summer tootling on the Great Lakes while Riva captured the sophistication and luxury of Italian racing and cruising. An uncompromising dedication to craftsmanship and quality has kept both of these builders at the forefront of the wooden runabout market. Despite a succession of owners for both companies over the years, they have remained true to their essence of timeless style and solid performance, incorporating new technologies and build processes that only improved on their boats style, performance and ease of maintenance.

Dedicated management, new models and worldwide dealerships will no doubt solidify the future of both of these iconic brands for future generations looking to return to the glamour and innocence of the Dolce Vita years.

Few boatbuilding entities command as much respect as Riva, whose reputation for style and elegance is only exceeded by the reverence paid to its build quality. Established in 1842 on the shores of Lake Iseo, in northern Italy, the Riva boat company was handed down from father to son for generations. While Pietro Riva, the companys founder, was known for his woodworking skills, it was his grandson Serafino who first fitted a piston engine into a boat. For many years, the name Riva was synonymous with speed and racing.

A Riva achieved the notable speed of 13 knots in 1912 and in 1934 set a world speed record with a 1,500cc BPM engine. But it was also at this time that Riva began moving into the leisure boat sector. By the early 1950s Riva had abandoned the raceboat scene completely, focusing instead on their gorgeous, finely crafted motor boats. The Riva boats lines, carpentry, chrome, lacquer work, leather, woodwork and fittings all spoke of style and luxury. The importation of superior American engines set the builder apart from its competition for years, although years later Riva would end up building its own.

Carlo Riva relinquished family control of Cantieri Riva in 1969 when he sold out to Whittacker, an American fiberglass specialist. Under the new ownership, Riva began making use of GRP techniques and broadened its range in the process, producing larger models that were the forerunners of Rivas current motoryacht range. However, the company retained the traditional techniques, craftsmanship and styling for a few of the sportsboat-style models for some time, turning out all manner of models from 5.8-metre runabouts to 35-metre superyachts.

The company passed through a number of hands and was eventually purchased by Ferretti in 2000. Steered by namesake Norberto Ferretti, the Ferretti Group is Italy's biggest boatbuilding group and Europes second largest, placing Riva in an illustrious brand portfolio that includes Ferretti Yachts, Pershing, Itama, CRN, Custom Line, Apreamare and Mochi Craft in Italy, as well as Bertram in the USA.

Rivas present line-up runs from 10 metres to 35 metres. The smallest models in the range are the Sunriva 33 and Aquariva 33, which are based on the same hull and powertrain. Next come the Rivarama 44 – like Lady M currently for sale – Rivale 52 and Mercurius 59, all open powercruisers, and then the Ego 68. In the flybridge range of motoryachts is the Opera 85, the 75 Venere, and the 115 Athena, like Cleopatra, which is built at the companys fast expanding big-yacht division in La Spezia on Italys west coast.

Riva has not forgotten its runabout origins, however, recently introducing the 8.24m day cruiser, Iseo. Iseo has all of the great looks of a classic Riva, but is available in a hybrid option for emission-controlled lake cruising and is also equipped with a custom designed iPad infotainment system controlling everything from onboard entertainment to GPS and charting software. A collaboration with renowned designer Gucci saw the introduction of the 10-meter Aquariva by Gucci, signifying that this builder has plans to maintain its imagery as the epitome of style  for the next hundred years at least.

Designed by Carlo Riva, the Riva Corsaro set the scene for the more famous Riva models to come. Built in various guises from 4.8 to 5.65 metres, it featured the key ingredients: high-gloss hull and decks, and the tapered line from flared bow to stern.

During the 1950s, the Riva Scoiattolo, Tritone, Ariston, Sebino and Florida joined the portfolio, every successive launch raising the standards by which every other sportsboat builder in the world would ultimately be judged.

Presented at the third International Nautical Fair in Milan of November 1962, the Aquarama quickly became the symbol of style. Regarded as the essence of Riva, this model was in production from 1962 to 1996, when Giorgio Barilani stepped down from his post as design manager.

In 2001, a year after Riva was acquired by the Ferretti Group, the Aquariva model was introduced and quickly proved to be a valid heir to the Aquarama legacy. Designed by industrial artist Marc Newson, the Aquariva represents the next generation of wooden boatbuilding technology. Anodised aluminium replaces stainless steel and brass fittings, while a fibre-based laminate gives a wood appearance to the deck and instrument panel while lending an overall high-tech look that remains in tune with Rivas glamour and classical design. With sleek lines, hot colours, aluminium and composites, this boat is unique in its conception as well as in the materials chosen.

The 35-meter Riva Athena represents the Italian builders foray into the superyacht sector. Built in the La Spezia location, the Athena is a true motoryacht, fitted with an optional layout of up to five guest staterooms with space for five crewmembers. But, she retains the classic Riva styling and the essential design ingredient in both her interior and exterior: timelessness. She also takes advantage of the optimized hull form developed by Ferretti that features sophisticated computation fluid dynamics (CFD) software and gyroscopic stabilization.

Oozing Riva glamour, the 75 Venere has a very modern and definitive style inside and out, yet this flybridge motoryacht is also a solid performer. Designed by Mauro Micheli and Sergio Beretta of Officina Italiana Design studio, this Riva is sleek, modern and sexy; somewhat of a mini version of the Athena.

This revered American boatbuilder was founded in 1908 by John Ludwig Hacker, a naval architect often referred to as the father of the modern American runabout. Even then, Hacker Boat Companys designs were classics from the moment they were produced, and today these boats continue to be treasured by collectors and wooden boat aficionados around the world.

Originally headquartered near Detroit, Michigan, Hacker Boat Company produced both pleasure and racing craft for years. In the early days, the boats were constructed in the standard plank-on-frame method and fastened with bronze screws. The frames were of pine or oak, while mahogany comprised the hull and deck plating. Hackers designs were popular not only for their speed, but for their interior arrangement, as, like Riva, they afforded comfort and luxury in a sleek package. In a dramatic move for the era, Hacker also transitioned the typically aft location of the controls forward to allow for two cockpits and, finally, the classic third cockpitfurther setting this American runabout apart from its peers.

Enduring good times and bad, the company passed through a handful of owners over the decades and today is jointly owned by Lynn Robert Wagemann and George Badcocks Erin Investments. Now headquartered in the town of Silver Bay, New York on the shores of the picturesque Lake George, the Hacker-Craft boats are hand-built in a facility just 20 kilometres to the north in Ticonderoga.

Today the company offers three styles of boats: runabouts, sportsboats and racers, with the majority still based on John Hackers drawings. Ranging in size from 7 meters to 10 metres, the Hacker SPORT boats are designed as the ideal family boats. They offer a wide beam, greater freeboard and contemporarily designed transoms for easy boarding when enjoying water sports.

Hacker Runaboats range in size from 6 metres to 10.6 metres and feature twin and triple cockpit configurations and boast John Hackers legendary comfortable ride, and the Hacker Gentlemens Racer is available from 6.7 metres to 9 metres.

The company offers custom designs as well, in the form of launches, water limousines, commuters, water taxis and yacht tenders from 6 metres to 12.8 metres.

While the designs are original, the construction methods have evolved, with modern, epoxy-saturation techniques being employed. Hulls are now triple-planked, and topsides are built with two layers, making the boats far more rigid, longer-lasting and less maintenance intensive. Where required, stainless-steel fasteners are used and bedding is done with polyurethane adhesive sealants.

Enjoying impressive growth over the past few years, the Hacker-Craft brand is now expanding with dealers worldwide. Staying ahead of the game, the company says it is not an old boat company building new boats, but an old boat company building contemporary boats, for a new generation of people: those who want the style and performance of a high quality classic boat, with hassle-free maintenance.