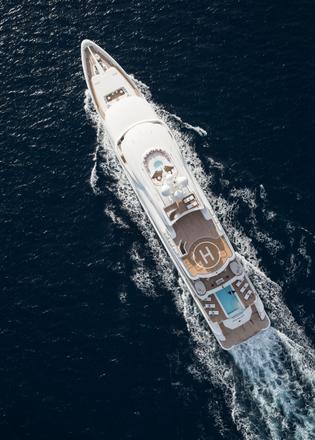 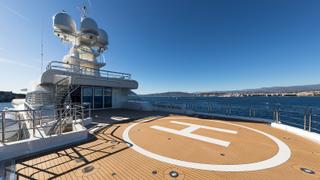 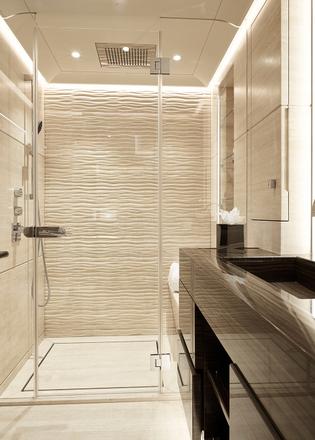 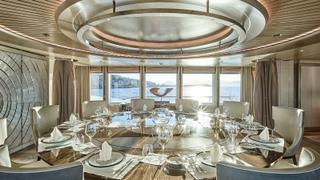 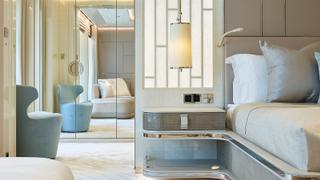 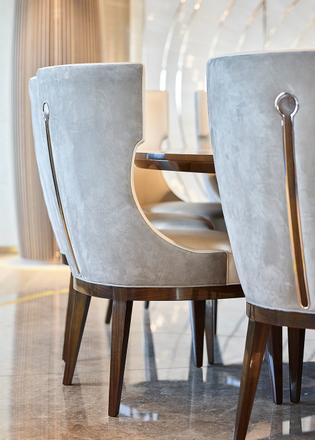 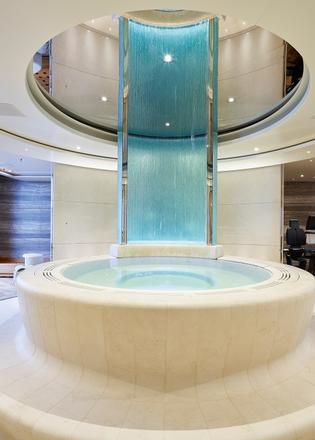 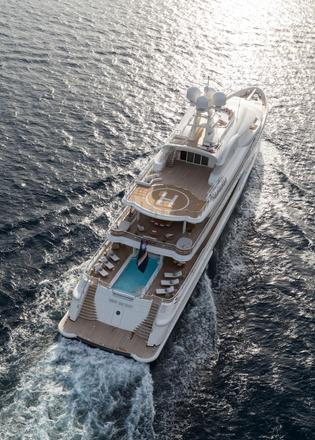 Heywood and Winch have joined forces again – but the second 74 metre Amels LE 242 superyacht is something else...

It’s a mark of the vibrant characters and superlative talents in this industry that you can put the same minds to work on two superyachts based on the same platform and get vastly different results. As the second of the Amels Limited Editions 242 line, New Secret bears a strong family resemblance to Plvs Vltra, thanks to the Tim Heywood exteriors that define all Limited Editions, and both have interiors by Winch Design.

But these boats are certainly not dressed as twins. True, Winch Design conceptualised the original interior arrangement of the series for Amels, but the London-based studio’s way of working guarantees individuality. “We don’t have a house style. All the interiors we do are bespoke,” says Jim Dixon, Winch Design’s project manager for New Secret. “We work closely with the owners to let their character show through in the interiors we create.”

In the case of New Secret, the wife of the owner was very involved and provided lots of thought and input. “We had several meetings at our offices in England and at the shipyard but were also invited to the owners’ homes and offices to really get to know their taste,” continues Dixon. The result is a harmonious, enjoyable yacht that is also a travelling showcase for the owners’ collection of art. All spaces on the yacht have pieces chosen by the owners and all are by artists of their home country. “The art is excellent,” says Dixon, “and the interiors were created to be a backdrop for it.”

Already experienced yacht owners, coming from another Dutch brand, the couple seized the opportunity for this build even before hull No 1 of the new line hit the water. Stepping into the project 24 months before its scheduled completion, New Secret’s owners took advantage of Amels’ ability to modify the LE 242 platform to extend the swimming pool on the main deck aft to eight metres long. Given that the deck is 180 square metres, even a pool this large doesn’t dominate the space – it is simply a highlight of the area that also features sun loungers, armchairs, coffee tables and a bar (placed discreetly on the port side to leave a continuous visual connection between the main saloon and the yacht’s surroundings).

The curved glass doors to the main saloon open so wide, you barely notice the passage indoors, where convex and concave furnishings feel as if they could fit together like the pieces of a puzzle across the free space between them.Attention to detail is such that even the aluminium door frames have been veneered in the same rippled sycamore that is used throughout the yacht. “We were looking to create the serenity that comes with connection by limiting colour tones and materials and using details that pick up and connect the areas of the yacht as you walk through,”says Dixon. “There are lots of sculptural curves in the ceilings and the window reveals that are almost like the art aboard the yacht itself; they look simple but are actually quite challenging to make.”

The dining area in the main saloon, delineated by four sculptural columns, features a circular motif: a ring of indirect lighting is hidden in the ceiling drop that also conceals the air con distribution. A second ring of lighting is above the circular dark gloss walnut table. The table itself has a built-in lazy susan and on the accent wall – which is actually the doors to a china cabinet – is a solar system of steel rings against a background of pearlescent selenite gypsum crystal. There is a large circle of grey-brown polished stone under the chairs and table, while the floor around it is bleached teak that contrasts more in texture than in colour.

This dizzyingly beautiful area, grounded by sideboards in dark brown stone topped with bronze sculptures from the owners’ collection, is the starting point of a day aboard New Secret. “The breakfasts the owners serve are like nothing you’ve ever seen,” says Captain Tom Lyssens. “It’s their family tradition to make it their principal meal.”

A rotunda with bleached wood walls, finely etched and sculpted in a flurry of leaf shapes, leads to the two main deck VIP suites. Velvety silence reigns thanks to soft sunburst-patterned Tai Ping carpets and extra-thick doors, which are masked by backlit fabric inserts. In fact, everything is hushed aboard New Secret: doors shut with a gentle swoosh, air systems whisper and primary offenders like generators are relegated to a separate soundproofed room. “I have even raised the anchor while guests were asleep and nobody noticed,” says Lyssens. The guest suites are almost identical, with furnishings placed to make the most of the excellent light and views through large hull windows. The feeling of being in nature is strong in the bathrooms, where the stone used to line the walls has been water-blasted to create a rippled sand effect.

From the air, New Secret's two pools and helipad are its most obvious features

A sybaritic paradise on the lower deck is subtly announced by the sound of cascading water: a spa and wellness area is amidships, in the area that gets the least roll. “We sculpted the sides of the spa pool in sand-coloured travertine so that they blend into the flooring,” says Dixon, “and added the green glass waterfall as a partition. And since these owners are very much about seeing the landscape, even the sauna has a window.”

The wellness area opens directly to the sea via a side opening platform like a teak beach, but it can be protected from wind by sliding glass doors. Beyond the pool and sauna there is a massage room, a gym, a steam room and a juice bar. The wet bathing suit crowd can access the main deck pool directly via an external stairway connecting the beach platform to the main deck aft. Most of the 240 square metre owners’ deck is usually open to guests and the large rectangular dining table on the aft deck is a favourite dining spot. The owners’ saloon also has games tables and the office off the lobby is frequently used for meetings when business associates are hosted on board. It’s the owners’ suite that is the secret heart of the yacht: a space to retreat to, immerse in nature and relax in silence.

To keep lines dynamic and interesting, Winch Design used an oval lobby instead of a corridor to lead to the dressing and bathrooms. Entering the suite, you first see a huge block of roughly hewn onyx, rock hard yet rosy like a craggy mountain range at sunset. Only rounding this monolith do you see that it is both a partition and part of the headboard of the bed. The ceiling has an oval drop lined in titanium leaf, mirrored in oval patterns carved into the thick carpet. These pick up the curved sweep of the floor-to-ceiling windows. In the middle of it all is the bed, with uninterrupted views to the foredeck and beyond.

This foredeck is for the owners’ private use: quiet, secluded and invisible even from the bridge. The owners will use the yacht intensively while keeping very active work schedules, so they requested a slightly larger helipad, to be left unfurnished. “Since the superstructure is in aluminium, it wasn’t hard to cut away a piece of the sundeck aft to make the landing area larger,” says Victor Caminada, marketing director of Amels. “The owner also requested a cabin on the bridge deck for the helicopter pilot for the times when he doesn’t fly in himself.”

New Secret is a yacht on which everything happens as if by magic: flat screens drop down silently from the ceiling; lighting effects change at the touch of a tablet; champagne and canapés appear out of service doors that blend so perfectly into the décor that even the captain isn’t sure he has found them all yet. So how do the owners like their new toy? As soon as they took possession in Norway in 2017, New Secret set off on a world tour and it was 15 months until we were able to catch up with this globetrotter in Croatia. It seems that inside and out, these Editions are anything but Limited.

First published in the October 2018 edition of Boat International.