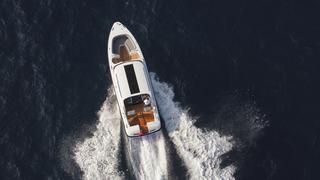 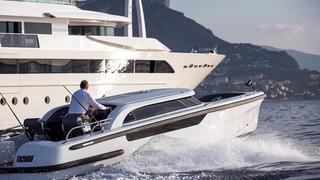 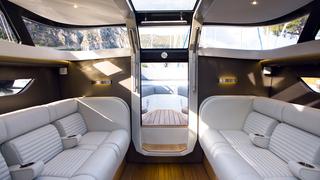 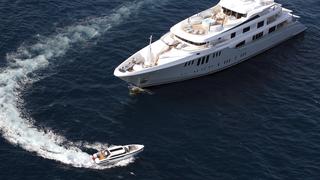 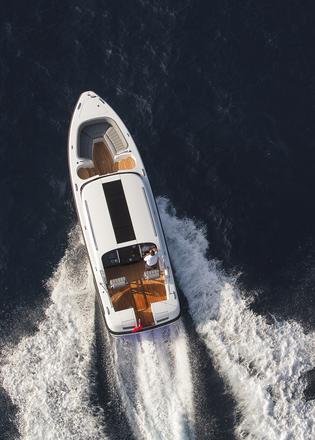 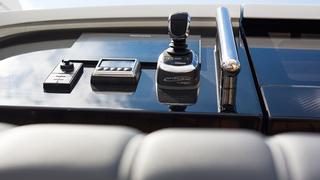 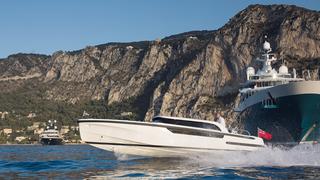 Pascoe’s 9.6 metre SL Limousine is a yacht tender with a licence to thrill

Bond villains and superyacht owners will not be disappointed with the new Pascoe 9.6 metre SL Limousine tender.

The superyacht tender may essentially be a work boat, designed to taxi owner and guests from shore to yacht and vice versa, but it needs to be more than that. The best tenders double as genuine day boats, low-draught runabouts that can leave the mothership to explore local coves, tie up at remote jetties or anchor off a reef for snorkelling. At the same time, the tender is the face of the yacht, giving guests their first impression of the comfort in which they are to be accommodated – and having arrived dockside in style, they won’t want to start roughing it on the 100 metre ride out to the yacht.

After a trip to Pascoe International’s Southampton base on the UK’s regional train network, I’m ready for a bit of comfort. Unlike Pascoe’s product, no carbon fibre boarding pole eased me into the carriage; the train windows were neither tinted, nor curved yet optically perfect, tweaked especially by the glass manufacturer; there were no chunky stainless steel handrails styled by yacht designer Ken Freivokh; and I couldn’t control the carriage’s lights, temperature and music via an iPad.

Who knows, had the driver been operating the train from a carbon-covered dash, with touch-screen monitors giving access to every aspect of the train’s performance, we might even have arrived on time.

The Pascoe 9.6 metre limo tender inside and out

I don’t have to look too hard on the pontoons for the reason I’m here. The sleek profile of Pascoe’s 9.6 metre SL Limousine channels classic Venetian water taxi with something quite Bond villainesque. On the River Hamble, the mecca of the UK’s boating scene, she proves a head-turner even for the river patrol staff who must have seen it all.

Motoring our way through the myriad moorings, a mere finger atop the joystick control, I defer thoughts of Blofeld and world domination and pay attention to where I’m going. The Pascoe 9.6 SL Limousine comes in at about £1 million ex-VAT and she reflects the sky like a mirror, ready for transport to her new home aboard a 100 metre-plus German new-build yacht just a few days hence. A ding with a rusty trawler would not be good.

Fortunately, by linking the joystick control to the twin Yanmar stern-drives – the only such joystick-with-stern-drive configuration in the world – Pascoe’s tech wizards have made driving the boat in close-quarter situations a cinch. We reach the end of the river’s six-knot speed limit unscathed. A typically bumpy looking Southampton Water lies ahead.

Twin 260 horsepower diesels provide a fair bit of grunt for a 9.6 metre boat, but the Limousine weighs 4,300 kilos and needs to be able to plane with 16 people on board. Leaving the joystick, I con the boat from a traditional helm-and-throttle-levers set-up, and we are up on the plane almost instantly. Our guests’ drinks, secure in their brushed stainless armrest holders down below, would hardly have registered the momentary incline.

At 18 knots we’re flying over the chop like it’s flat water, so I press down the throttles and feel the boat surge forward

At 18 knots we’re flying over the chop like it’s flat water, so I press down the throttles a little and feel the boat surge forward. Power is certainly there if it’s needed, but the ride is not outlandish. In fact, put her into a tight turn at speed and you see just how clever the Patrick Banfield hull is. She offers enough excitement to bring a smile to your passengers’ faces if they wish, but has the feeling more of a sturdy 18 metre flybridge than a sports boat. The ride is dry, even into the chop at 36 knots, and feels very secure, not something you can say for many 9.6 metre boats at this speed.

Ducking below out of the chilly conditions into the sumptuously upholstered cabin, I sink back into one of the eight seats and let the heating system thaw me out. This is a luxury space, with exceptional finish, as well suited to a business discussion as it is to a family day out.

The Pascoe 9.6 SL Limousine comes as a semi-custom platform on which the owner can put their layout, their yacht’s livery, whatever they want to customise their tender to match the yacht, so the layout here is as good as a one-off. The next one off the production line has a thermal imaging camera on the bow. I refrain from mentioning Blofeld.

Moving forward again to the bow seating, the hum of the engines is all but gone and just the waves slapping at the hull accompany me as I gaze back at our wake. I turn up the sound system via the iPad, lean back and appreciate summer. It all adds up to a very pleasant and exciting afternoon – and I almost manage to forget about the train ride home.