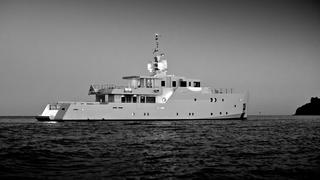 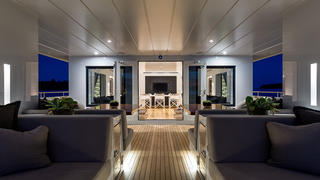 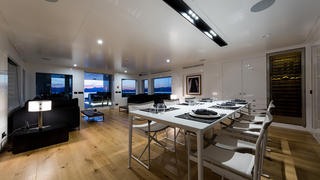 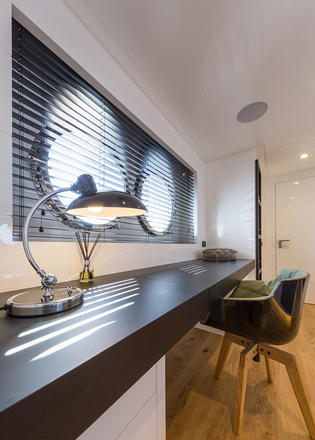 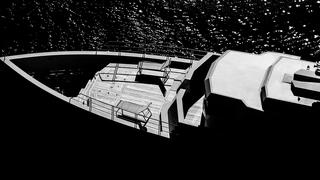 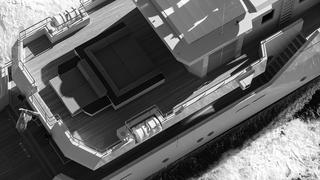 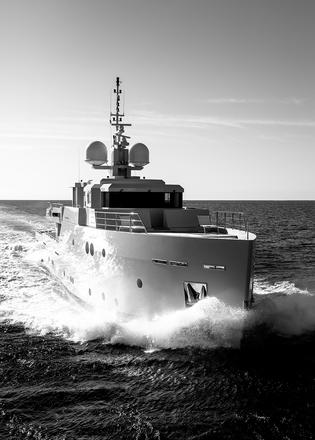 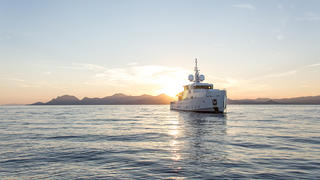 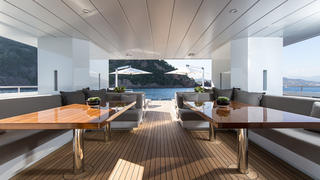 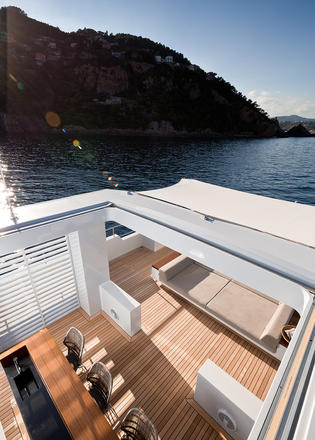 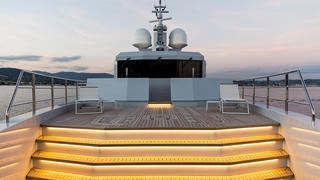 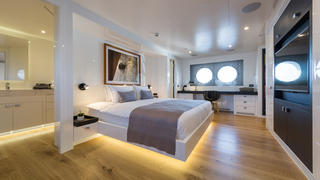 It’s size that makes a superyacht “super”. It’s meterage that turns heads in port and racks up the headlines. A massive boat flatters the owner and fattens the yard’s profit margins. And the trajectory of scale proves how much size matters to this industry: in 2007 there were 44 yachts of 80 metres or longer — now, just 10 years later, there are 100. With cash and kudos to gain from building big, surely every mid-size superyacht yard would fix its ambition ever upwards? Not so Tansu Yachts.

The Turkish builder, which turned 20 this year, has produced 17 yachts, seven over 25 metres, with four more on the way. The company has six industrial designers in-house and works with naval architecture firm Diana Yacht Design, with four to five boats in build at a time. The most recent and significant — 36.4 metre Preference (ex-Nomade) launched in 2011, 34.6 metre Only Now in 2012, 37.9 metre So’mar in 2014 and the new 39.3 metre Sexy Fish — sit around the mid-to-upper 30s mark.

Projects in the pipeline are only moderately larger; the biggest by some way is a 50 metre design. And Riza Tansu, company founder, has no desire to push that threshold, or to break the 500GT mark.

“I don’t want to go for bigger boats,” he says. “We can design for other yards to build, but we don’t want to build them because the size we’re doing is so manageable for us.” His reason for restraint is to do with the way he likes to run his business. “My clients become really good friends, like family,” he says.

“If you go for a 60 metre, the clientele changes. You don’t even see the owner of the boat, or maybe for 15 minutes in the initial meeting. Our clients are people who have money but they are not billionaires, they are designers, architects, lawyers. Good people who know how to make money. And for every step of it they are there.”

While the world economy remains uncertain, staying mid-sized also means that if a project stalled, the newly ownerless hull would have a larger pool of clients on the market. And, as Tansu puts it, then he doesn’t need to sue anyone.

Sexy Fish certainly did not have that problem. The Cutlass project, as it was known then, was in build on spec at the yard, when a client came in to discuss a new project. “They asked why I hadn’t told them there was an almost finished project — they had a real interest in the boat,” says Tansu. They bought her when she was nearly complete.

The design is an evolution of the builder’s distinctive style — an angular, utilitarian exterior and beamy, beach house-inspired living spaces. “Sexy Fish is based on our mothership platform, which started with 35.2 metre Ceylan and 36.4 metre Preference,” says Ozan Ozkusaksiz, head of design at Tansu Yachts. “We especially incorporated the lessons from Preference’s use, with her crew and brokers’ advice.”

These included optimising the hull shape for “better handling and more comfort”, says Ozkusaksiz, as well as a central superyacht staircase that connects the guests to all three decks, and a separate crew stairwell for easy circulation. “Now we have dedicated stabiliser compartments,” adds Tansu.

This reduces noise and vibration because “we don’t have any hydraulic pipes going through the accommodation — everything hydraulic is staying within the lower deck and engine room. And the thrusters and the stabilisers are now electric.” This equipment, from Italian manufacturer CMC Marine, is more powerful and quieter on Sexy Fish than on Tansu’s previous boats.

The spaces on board Sexy Fish are, like all Tansu yachts, built for 21st century owners. “She is designed with being close to sea in mind, with her wide open spaces especially suited to life on the Mediterranean,” says Ozkusaksiz.

The apex of this lifestyle is Sexy Fish’s bar area, situated in the middle of the superyacht sundeck. It’s an arrangement like Preference’s but with more space and more sophistication — for example, the bar’s louvred side panels that blur the line between indoors and outdoors and the roof that slides open “on a beautiful night or when it’s very hot”, says Tansu.

On So’mar this position was occupied by a spectacular master cabin and private terrace, an arrangement more common on much larger yachts, but one that Tansu says is growing in popularity with his clients (all four of his current projects are arranged like this). The exterior layout of Sexy Fish, which was started on spec and before So’mar, makes the whole of the upper deck a communal space, effectively doubling the al fresco deck space available to all guests on board. It’s a more sociable arrangement.

The long main aft deck is made for lounging. There’s seating for dining or conversation, backed by ample pads for stretching out in the shade — sun worshippers can get their fix aft of the upper deck bar, on another set of pads. The whole aft end of Sexy Fish is a thing of glamour at night, when underlit steps lead up from the stern platform to the first portion of deck, then up again to the seating areas.

The effect is replicated on the foredeck, where light-up stairs lead down from a bridge-level space with two loungers to a spot in the nose of the bow where the mooring winches are — delineating guest and crew spaces with a light touch and some style.

Inside, Sexy Fish’s beach house ethos is apparent throughout. Massive windows look out on to both the side and aft decks from the main saloon, which continues into an open plan dining saloon. “Walls and built-in furniture are lacquered white or veneered,” says Burçin Akin, interior design director of the project. “Floors are solid wood parquet on marine plywood.”

Forward of here is a good-sized, residential-style galley, smart enough for guests to grab their own snacks should they choose. At the forward end of this deck is the owner’s cabin, complete with an office and Carrara marble en suite that stretches the full width forward — there are heads and sinks to port and starboard, and a massive shower in the centre.

Here, as in the two doubles and two twins on the lower deck, beds and cabinetry are underlit to give the impression of floating furniture. “The simplicity of the Sexy Fish project: fewer crew, things like this, are trademarks of our design,” says Tansu, referring to the reduction in cost — and headaches — from having a smaller number of staff.

The en-suite crew accommodation on Sexy Fish, situated forward on the lower deck, is of a decent size and, unlike on Preference, a small but separate crew galley has been created adjacent to it.

The technical evolution from Preference to Sexy Fish runs through many systems: fuel capacity is up by 6,000 litres; air conditioning has been upgraded with a Fresh Air Make Up Unit (which treats humidity as well as temperature); and the yard worked with specialists Van Cappellen on noise and vibration control, and installed Noxudol insulation in the engine room.

In the superyacht wheelhouse, Tansu upgraded from Raymarine’s 15-inch E Series to 19-inch G Series touchscreens and upgraded keypads to wireless, along with a more general modernising of the navigation and communication gear.

As fresh as she looks, Sexy Fish is a mature project that shows that while Tansu Yachts occupies the middle ground in terms of size, it is at the top of its game.

Only Now: a traditionally contemporary yacht