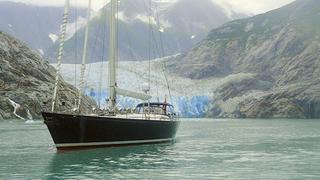 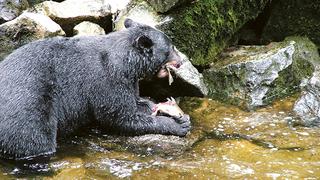 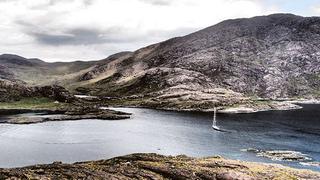 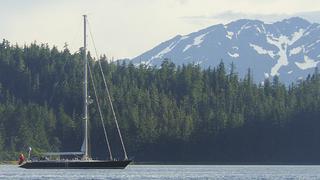 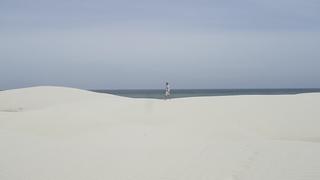 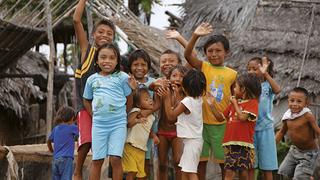 ‘We were taking part in the St Barths Bucket Regatta in the spring of 2007,’ say the crew of the 25.5 metre Royal Huisman-built superyacht Metolius, ‘and while racing with the owner on board, we firmed up a plan to go to Alaska. Before that Metolius had been doing the milk run – summer in the Mediterranean and winter in the Caribbean – and this was the first anomaly! We thought that it was a great idea, and said, “Let’s do it!” There was no real preparation, we just latched on to the idea with the owner’s enthusiasm.’

With that, Metolius headed off the beaten track for nearly six years of adventurous cruising – and has never looked back. ‘We realised that summer just how much there was out there,’ the crew enthuse. ‘We sailed thousands of miles, past so many ports. It was that first summer in Alaska that changed the emphasis for the owner. Up till then everything had been comfortable and predictable.’

Over the next five years, Metolius cruised through Panama to Alaska, back through Panama and up to Maine, then across the Atlantic to cruise the Greek islands, around the western fringe of the UK, up to Scandinavia and back down to the Mediterranean. ‘We got a good taste of Alaska, and the next question had been, “Where do we go from here?”’ say the crew. ‘How could we get the same taste, and what would be the next opportunity to feel like this, to see this part of the world? We had come away from Alaska in awe of what we found and did there.’

In the first part of our two-part exploration of the voyages of Metolius, the crew describe her long cruise through Panama, up to Alaska, down through Baja California and back through Panama. It just goes to show that sometimes an impulse decision – and the freedom a yacht provides – can open doors to an unexpected taste of adventure…

We arrived in the Pacific Northwest after a long delivery through the Panama Canal, stopping at the San Blas islands on the Caribbean side and the peninsula of Baja California in Mexico, before making final preparations in Seattle. The last time Metolius was in the Pacific she had sailed around the Horn with her first owners. They took her down to the Antarctic so we knew we had a safe and dependable yacht.

We cruised up the coast of British Columbia loosely following the route of Capt Vancouver. We had incredible encounters with wildlife in Poison Cove in the Tongass national forest on Chicagof Island, watching a mother grizzly play with her two young cubs. This bear had the most amazing coat of black and brown and huge wonderful ears – just like Yoda! A pack of wolves were darting about in the shallows and there were fat lazy black bears in all directions. Seals lined the rocks waiting for the salmon to swim upstream.

We spent time in Sawyer Glacier on Tracy Arm to avoid the cruise ships and tourist boats that frequent Glacier Bay National Park. We could hear the glacier calving all through the night at the anchorage and even made frozen margaritas with glacier ice we collected. At the larger southern arm of the Sawyer glacier a very large (think house size) berg calved into the sea whilst we were nearby. A large standing wave rushed along the fjord and reminded us that we were in one of nature’s most volatile environments. We retreated back to the safety of a muddy anchorage and watched icebergs flow out on the tide

Of the three months we spent in Alaska, our favourite daily routine revolved around fishing. We would travel in the mornings then drop anchor and fish for salmon and halibut in the afternoons. Once we cleaned the fish we would use the fish heads for the crab pot and inevitably haul up enough Dungeness crab the next morning to feed the whole crew twice over. We would cook the crab for lunch while under way to the next fishing spot.

Given this all occurred six years ago our overwhelming recollection of this time is of how completely remote we were – going several days without seeing another trace of humanity, no boats, buildings or roads, no planes overhead, no power lines, just an expanse of beautiful earth in all directions. There were a couple of really cool whale experiences – we were chased out of an anchorage by an Orca. Two humpbacks played chicken with the boat and waved with their pectoral fins as we sailed by. We even had guests flown in to the middle of nowhere by float plane, which was pretty cool.

We cruised the Baja peninsula on either side of the summer in Alaska. On the way north we stopped at some incredible anchorages on the west coast and entered the Sea of Cortez to the eastern side on our way south.

The most memorable anchorage was Magdalena Bay. We had read of the long history this bay had with exploitation of the oceans, being an old whaling station. This was evident in the small bars and cafés with whale vertebrae seats and raised flower beds that were made from whale jawbones. Sadly the broken-down whaling station of a previous generation had been resurrected into a modern, and alarmingly efficient, shark finning port. We saw racks and racks of fins drying in the sun with little evidence of the sharks’ corpses being used for anything else. Most likely they were dumped at sea. It was a haunting place, although we made some great hikes into the expansive dunes.

We stopped again in Magdalena Bay to meet the whale conservationists who monitor the bay, as it is a mating/social destination for the whales. It was cool to see and support the efforts of those now protecting the whales. We based ourselves in La Paz for the cruise of the Sea of Cortez. Our draught of 3.8 metres meant we could not get all that far north due to shoaling of the sea floor. We spent a lot of time ashore eating fish tacos and buying shrimp from roadside vendors. There is a really cool type of art where coloured plastic beads are put around skulls so one of those made its way on board. We hung out at the Hotel California in Todos Santos and spent time surfing in the Pacific.

Leaving the Caribbean winter season behind we passed into the Pacific via the Panama Canal. On our way we took the time to visit the San Blas Islands. This was the starting point for the more adventurous itinerary that was to follow over the next six years. It was probably the first significant deviation from the usual Caribbean-Med route and in keeping with the adventurous spirit of the original owners, who designed and built Metolius to sail around the world – which they did in some style.

We met the Kuna indians, who paddled out and sold us molas (colourful local embroidery panels). Our arrival went largely unnoticed except for one island, the locals of which welcomed us with a frenzy of waving arms and shouting. Some guys were even raising their kids above their heads to catch our attention. Turns out there was an uncharted reef in the pass and they certainly saved us from bumping into the coral. As this island seemed to have the most character we stuck with it and anchored a little way off. Everybody came out to see us and sell molas.

The toddlers seemed to be completely perplexed by all that was going on and we got some good shots of small confused Indians. We met a really cool local guy called Justin who became our buddy/guide and would barter with the islanders for us. At one point we seemed to be charging every cell phone on the island in exchange for fresh bread in the mornings – it was a wonderful exchange of old and new. He invited us to his home, which revealed very few material possessions but a gaggle of warm, friendly and excitable kids. They took us around their island to meet their playmates, the pig and take photos. A local craftsman was building a new canoe.

On the way back to Maine we stopped in Portobello. This is the old Spanish gold port that was sacked by the British pirate Henry Morgan. After this we anchored off a completely deserted tropical island with a small barrier reef. It was the only thing on the horizon somewhere off the coast of Nicaragua in Central America. We spent the afternoon beachcombing and snorkelling and took home some conch shells that were buried in the sand.

Photography by the crew of Metolius