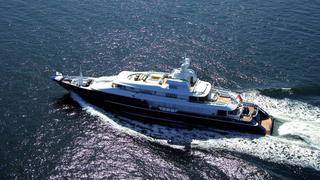 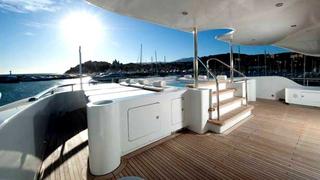 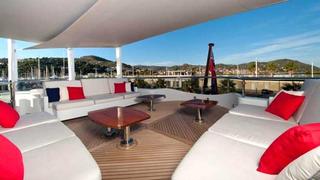 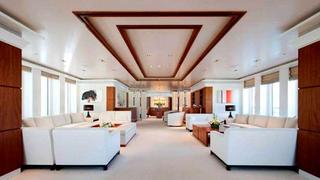 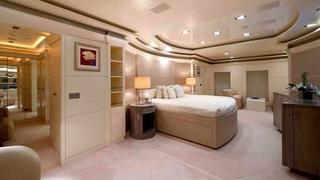 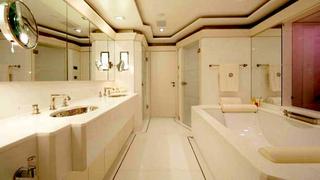 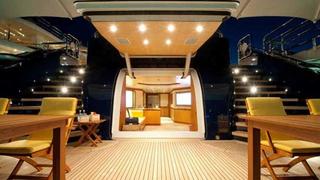 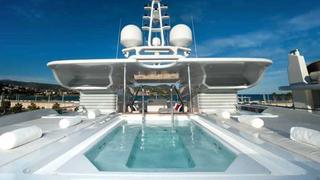 Triple Seven: The yacht that symbolises success and satisfaction

The story of the 67.7 metre motor yacht Triple Seven, built by Nobiskrug Shipyard in Rendsburg, Germany, began in unlikely fashion at the Fort Lauderdale Boat Show in 2002 when yacht designers and naval architects Frank E H Neubelt and Roland Krüger of Newcruise-Yacht Project+Design had a chance meeting in a café with a couple who were looking to build a new custom yacht.

The new yacht, of between 60 and 70 metres, was to have flowing lines and an elegant yet distinctive appearance that should lean more to the conservatism of Limitless than the elevated grandeur of Lady Moura. At the same time the owner suggested that the exterior design might incorporate some of the spirit embodied in Formula 1 race cars, while the interior design should be contemporary with touches of classicism and also have a very individual character – a style that should impart the feel of holidays, rather than over-rich and stuffy formality. The clients were outdoor people, and the importance of sizeable and varied deck spaces was emphasised, as was the fact that the interior should be closely linked to the exterior with large windows that would promote a close affinity with the yacht’s surroundings.

Four years later, build number 777, which in Germany is seen as a ‘lucky’ combination, emerged from her building shed with her build number adopted as her registered name.

Her attractively sleek and low profile, with its high, seaworthy bow and stylish stern incorporating a large bathing platform/dock, topped by a highly styled, curvaceous superstructure with large, well-thought-out deck spaces, gives her an appearance that has certainly turned heads. The Formula 1 connection is immediately seen in the two forward-facing air intakes that grace the extremities of the arch mast spanning the sundeck.

Triple Seven’s deck layout certainly fulfils the design brief, but its real success is in offering such a wide variety of spaces that there will almost always be somewhere for owners or guests to do exactly what they want – either in the company of others or in solitude. All this has been achieved with elegance and practicality, without compromising the crew ability to run the ship.

In most respects Triple Seven follows the standard arrangement found in a modern yacht of this size – skylounge on the bridge deck, main saloon, dining room and master suite on the main deck and the guest accommodation positioned midships on the lower deck, with engine room and tender garages aft and crew accommodation and services forward.

But the interior itself is emphatically not a standard one. Whatever your taste in interior design, you cannot fail to be impressed by the atmosphere created in the yacht by its highly talented designers. Falling within a narrow colour band, all the components of the interior are illuminated by light that pours in through huge windows while, by night, carefully placed downlighters and cornice lighting create a delightful atmosphere. Pale maple and sycamore wood with a variety of grain is contrasted here and there with darker items of furniture made from bleached wengé, all of which combines well with white walls, teak Venetian blinds and floors from the same material, partially covered by white carpet.

The angular, almost cubist, design style, softened by recognisable touches of art deco can best be described as ‘modern classic, verging on the minimalist’, yet at the same time it is comfortable and luxurious. Here and there are displays of more ‘7’ symbolism, particularly in the shape of the cornice, which throughout the yacht creates the clear image of the number on external corners. The combination of all these elements is perhaps best seen in the main deck saloon, which also offers a sense of huge volume, long sightlines and the clean, cool, uncluttered feel that is found throughout the yacht.

Forward on the main deck, the master cabin is adjoined, in normal fashion, by a private study which opens through a cunningly concealed door in to the bedroom, but, unusually, the suite’s main entrance from the lobby by-passes this, to enter the bedroom directly. The privacy of the master bedroom is taken care of by a curved screen at the foot of the bed, which blocks the direct view into the room from the suite’s main entrance. This curved screen matches a similar backdrop to the bed, creating a central circular space that encloses the bed, above which the deckhead rises in concentric tiers to a height of almost 2.5 metres.

Further doors open inwards from the dressing rooms to the centrally positioned bathroom that, stylishly lined with white Thassos marble, offers a pair of head and bidet compartments, double wash basins of hammered nickel, a shower compartment with steam option, and a two-person bath overlooked by a novel ‘zen garden’ set in an alcove which, in reality, is a well camouflaged emergency escape.

In the lower deck area of the stern, Triple Seven’s designers and naval architects have created an informally decorated ‘beach club’, with a lounge, bar and gymnasium and direct access to a bathing platform that is easily large enough to accommodate a couple of sunloungers without blocking all other uses. This is a great daytime hang-out, especially for younger watersports-oriented guests who will enjoy the serious hi-fi and large screen television. Conveniently, two stairways rise from the bathing platform to the aft deck where there are further rest and refreshment facilities.

Another plus for Triple Seven is her excellent technical areas and crew facilities. The engine room in particular is of the highest standards: extremely spacious and beautifully constructed, with every element easily accessible in a multitude of well-arranged, purpose-oriented compartments. Attention to detail is seen everywhere, particularly in the electrical wiring and the pipework, where every valve is clearly labelled and the flow direction clearly marked. This same dedication extends to the bridge – a solidly functional area in which reliability is prized over novelty.

Triple Seven is a yacht that tangibly embodies the passion, dedication and thought that went into her design and build, and has gone on to fulfil the success and satisfaction that her name portended from the start.

Featured in the January 2007 issue of Boat International magazine.