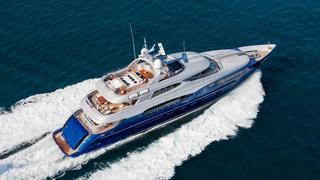 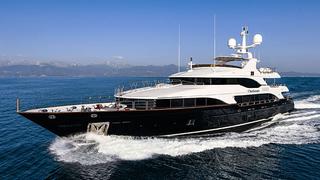 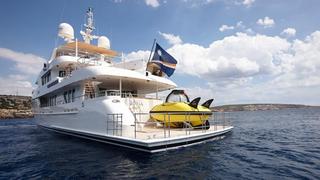 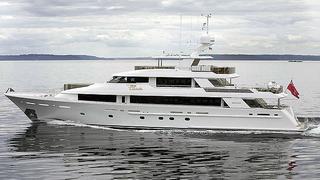 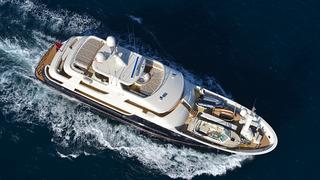 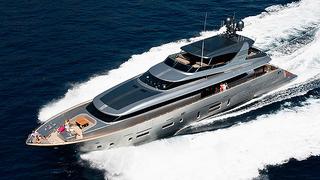 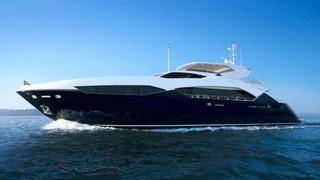 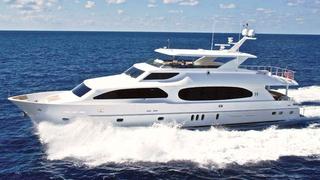 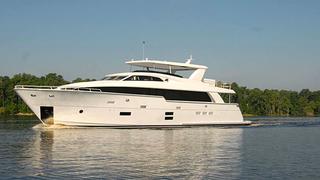 With the U.S. market on the upswing, international exhibitors again this year have answered the annual appointment in the American yachting capital, known as the Fort Lauderdale International Boat Show. New to Fort Lauderdale are exhibitors such as Italian boutique builder Canados with Far Away, and Turkeys Vicem Yachts is bringing the recently launched 151-foot Vulcan 46, which is expected to make its world boat show debut in Fort Lauderdale, and Nobiskrug tells us at press time that its just-launched 240-foot Odessa II has a fifty-fifty chance of making it.

While new yachts are a big part of the show, the three-million-square-foot-showcase, also accommodates a large array of brokerage yachts, stretching from near Port Everglades inlet all the way to Fort Lauderdales famous Las Olas Boulevard.

As always, the show will serve up a casual atmosphere well suited to its beachside location and the crowd of boating enthusiasts expected to walk the docks. Adding a touch of exclusivity this year is the Superyacht Experience, a dock area dedicated to superyacht builders and their megayachts. Along the waterfront at Bahia Mar Yachting Center, across from the Superyacht Builders tent, this dock will accommodate several of the largest yachts.

Get a sneak preview of the newest superyachts on display  and where to find them  at this years Fort Lauderdale International Boat Show here.

Vicems new 46m flagship features naval architecture by Mulder Design. She was built in composite, but Vicems craftsmen were still able to showcase their woodworking skills in an organic interior by Dutch design firm Art-Line. The interesting layout features six staterooms, including an on-deck master suite. And shes fast, too, reaching 27 knots.

The 16th hull in Benettis popular Vision series, Checkmate was also Benettis 100th fibreglass hull. She features a neo-classical cherry and madrona burr wood interior by François Zuretti and exterior styling by Stefano Righini. She cruises at 14 knots and has a maximum range of about 3,500 nautical miles at 12 knots.

The largest yacht yet built by the Dutch yard known for its pocket superyachts is expected in Fort Lauderdale this year. The third Moonen for the same owner, she was especially engineered to accommodate a three-person personal submarine on her stern platform.

Westport, which has mastered the art of series building, showcases brand new 34 and 40 metre models built on spec. The former has an on-deck master layout, in a fairly recent iteration of this very successful series (the yard has built more than 50 of them). Also noteworthy is the contemporary interior on the 40m.

True to her name, Trinitys new Finish Line was built to get off the dock and get going quickly  and she does, to a top speed of 23 knots. Her interior by Joanne Lockhart shows innovative flexibility and is all about comfort and wow factor, including a jaw-dropping engine room.

The first of the series, this 36.22m composite raised pilothouse yacht features styling and naval architecture by Canados and a modern interior by Francesco Paszkowski. The interesting layout features two master suites belowdecks and a private lounge forward on the main deck with balconies on either side. Equipped with twin 2,000 series MTUs, Far Away has a top speed of about 27 knots.

Part of a large display of yachts, this new Sunseeker is closely related to her 39.12m 130 Sport Yacht sister in styling. Among remarkable features on this flybridge yacht is a full-beam owners suite comparable in size to that of much larger yachts and optional balconies off the main deck salon. The layout is flexible but can accommodate up to five cabins for guests with space for five crewmembers, including a nice crew mess.

The raised pilothouse design explains in part why this 33.7-metre yacht is so commodious, with an open galley (country kitchen) and four suites, including a full-beam master cabin, plus spacious crew quarters (a Hargrave speciality) for up to three. The flybridge deck features plenty of seating and a spa bath, plus a well-equipped helm. Top speed is about 24 knots.

To produce its new flagship, which makes her debut in Fort Lauderdale, Hatteras teamed up with Team For Design. A raised pilothouse design makes room for either an on-deck master suite or a country-style galley forward on the main deck. A particularly spacious sun deck on this 31 metre leaves room aft for a tender or lounge chairs. Various power options are available, giving the yacht a fast top speed of 25 to 29 knots and cruising speed of 19 to 24 knots