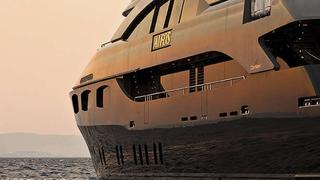 Imagine entering a room where every person in the room stands to make or lose money depending on secret codes known only to you, codes that you sincerely wish to convey, but the codes only work if the person receiving them stays in one place.

Adding to the complexity of the situation, the people in the room do not know they need or want the codes, or theyre supposed to stay put. Moreover, even if they did know that moving around will disrupt the secret codes, they would still do it because theyre having a great time, enjoying the moment and generally living large.

In short, they keep moving around the room creating a moving target. This is the environment in which an admiralty lawyer often operates.

Only by unlocking those secret codes and getting a rationale for their application, will you get a better understanding of your yacht ownership and registration options.

Should a yacht owner, irrespective of nationality, create a corporate structure which is domiciled in a country of a different nationality to hold the yacht? The answer, almost always, is yes. Most of the principles set forth here work irrespective of the flag or beneficial owners nationality.

Personhood is a status conferred upon corporations under law that allows corporations to have rights and responsibilities similar to those of a natural person.

In 1819, in Dartmouth College v Woodward, the Supreme Court of the United States recognised that corporations have the same rights as natural persons to contract and to enforce contracts.

Corporations, like people, have nationalities, domiciles and citizenship. But whatever is ultimately decided with respect to these underlying issues, almost invariably, it is simply foolhardy to fail hold a vessel in a corporate structure.

This is a fundamental legal principle based on the hallmark of corporate vehicles: limited liability.