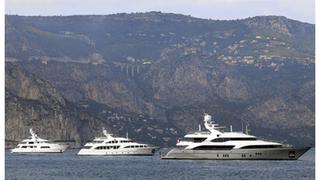 In July 1967, having just turned five years old, I sat on the shoulders of my uncle Evagoras and along with thousands of others I watched Sir Francis Chichester to mark his round-the-world odyssey. His 16m ketch, Gipsy Moth IV, did not look safe enough to sail down the Thames let alone sail across the high seas. Having not thought about the high seas for many years, the phrase woke me up a few weeks ago like a cold spray of ocean water when colleagues discussed whether the death of the French Commercial Exemption scheme had been prematurely announced.

The customs officials continue to apply the old law

For those of you not familiar with the scheme, until recently French law provided that if a yacht was commercially registered, had a permanent crew and was operating commercially, it would be exempt from VAT on the value of its hull. Basically, the yacht had to be a charter yacht. The European Commission (EC) was none too happy about this and forced the French government to change the law. The law was dutifully changed in line with the ECs view that, to comply with European law, the exemption can only apply to vessels operating on the high seas in accordance with the rules set by the case law of the European Court of Justice.

Immediately, advisers, like eager children, thrust their hands up to announce that the EC had not determined what the high seas were and therefore the attempt to shut down the French Commercial Exemption had failed. Further, the French authorities overlooked giving their customs officials the administrative tools to manage the change in the law. So, the customs officials continue to apply the old law.

When the high seas, arent

This puzzled most non-French advisers because European law is clear and international law decided what high seas were years ago. Article 86 of the 1982 United Nations Convention on The Law of the Seas (which became law in 1994) states that:

the provisions of this part apply to all parts of the sea that are not included in the exclusive economic zone, in the territorial sea or in the internal waters of a state, or in the archipelagic waters of an archipelagic state.

Therefore, according to the UN, where the territorial reach of a nation state ends, the high seas begin. The matter is settled.

In my opinion there is no commercial exemption for vessels that do not ordinarily operate outside European territorial waters. What is being said is that the French Commercial Exemption can only apply to vessels which ordinarily commercially ply their trade beyond Frances territorial waters  and, by extension, Europes  and that they must only pass into French waters on their way to or from the high seas.

If your charter yacht spends most of its time inside the territorial waters of the French Republic, I think you would struggle to argue that the yacht is operating on the high seas. The consequence of this should be close attention from the French customs authorities and a demand for the full VAT on the value of the yachts hull.