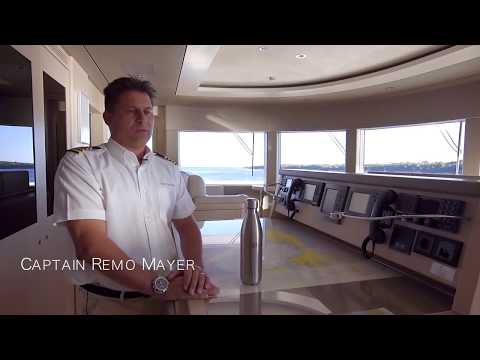 Amels announces initiatives to cut down on environmental waste

Dutch boatbuilder Amels has introduced a raft of eco-friendly measures at its yard to cut down on environmental waste.

The Netherlands-based yard is currently installing 5,000 solar panels in its production halls which will generate 1.8 MW per year when completed. The yard is also installing six separate waste recycling streams, erecting wind turbines to harvest the North Sea breeze and cutting down on power consumption by up to 75% with LED lighting.

Production manager Bert Beckers said the yard is “keen to be green.” “We can always improve so the bar is set high and stays high. It’s challenging in such a busy and complex shipbuilding yard, but we see it as part of our responsibility in this industry,” he added.

The boatbuilder has also announced it is designing drinking water purification systems for all new Amels Limited Editions yacht projects. The systems will enable the yacht to produce all drinking water consumed onboard and will cut down on 10,000 plastic bottles a year per yacht.

The move comes after Remo Mayer, captain of Amels 242 yacht New Secret, pioneered a drinking water system which has cut down dramatically on the plastic waste produced by the yacht. Instead of using plastic, each crew member now has a designated steel bottle.

Mayer cited logistical issues with shipping water bottles, storing them on board and disposing them ashore. “This is maybe a small step, but I think more ships should do it. It’s good for the environment to have something like this in place,” he said.