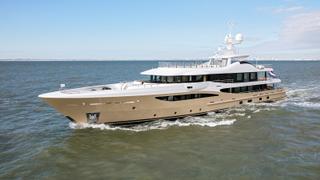 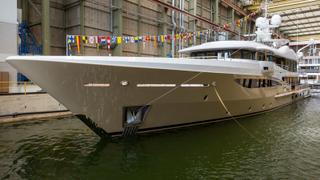 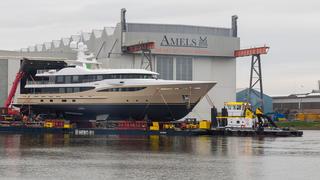 Dutch yard Amels has completed its fourth delivery of the year, after the latest Limited Editions 180 yacht Lili was handed over to her owner earlier this month.

Sold in May 2016 by Imperial Yachts, who also provided owner’s representative and construction supervision services throughout the build, Lili is part of the Amels Limited Editions 180 collection. She will now head to Norway for her first charter voyage, before spending the winter season cruising the Indian Ocean near Thailand.

Built from a steel hull and aluminium superstructure to Lloyd’s Registry standards and MCA compliant, her exterior styling is by Tim Heywood, while the interior décor was created by Laura Sessa Design working within a total volume of 707GT. Her hull colour is described by Imperial Yachts as Castle Tan.

Accommodation is for 12 guests split across six staterooms, including an owner’s cabin on the bridge deck, as well as three doubles and two twins below decks, while the crew quarters allows for a staff of up to 12 people.

Rose Damen, commercial director at Amels, said: "Even though she shares the pedigree of the Amels’ high value quality and finish, Lili is very different to any other Amels 180 we have delivered to date.”

Key examples of this customisation include a multitude of folding balconies and a private aft deck with direct access from the owner’s suite. But the star of the show is a superyacht sundeck that was extended by three metres, giving 175 square metres of deck space, which has been used to fit a four-metre counter-current swimming pool.