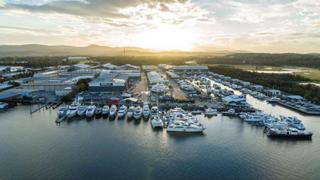 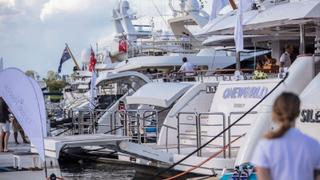 The third annual Australian Superyacht Rendezvous is shaping up to have a bumper turnout, with a line-up of almost 20 superyachts confirmed to attend.

The two-day rendezvous, which runs from May 17-18, showcases the leading sailing and motor superyachts in the regions that are available for sale or charter.

A sociable events programme, which offers industry professionals the opportunity to network, runs alongside.

Australian yachts Emerald Lady, Ghost II and Corroboree are already confirmed to attend, while Masteka 2 is returning for its second consecutive year. Meanwhile, organisers revealed that another seven superyachts are primed to confirm their attendance in the coming weeks. This means there will be close to 20 superyachts attending the event.

Also confirmed is the US 63 metre expedition yacht SuRi, which will be attending the event for the first time. Delivered in 1978, the Halter built yacht spends the summer cruising in the South Pacific and the winter in South America.

Organiser Trenton Gay promised a $200+ million showcase of luxurious yachts and described the confirmed attendance of SuRi as “a coup”.

“Australian Superyacht Rendezvous will present the most comprehensive and impressive assembly of superyachts ever seen in Australia and it’s an exciting coup to have a renowned international vessel joining our line-up of stellar Australian-based yachts,” he said.