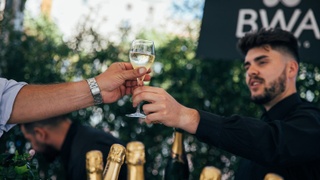 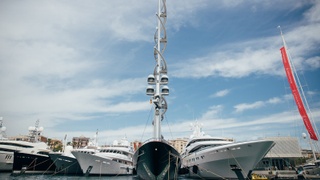 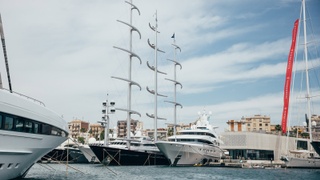 Brokers react to The Superyacht Show 2019

Brokers have revealed that big plans lie ahead for Superyacht Show as the second edition of the fledgling show got underway in Barcelona.

Organised by LYBRA members, the annual Superyacht Show took place at OneOcean Port Vell marina from 8 to 11 May and built on the success of last year's inaugural event.

A total of 30 superyachts attended the show, an increase on the 20 present last year. These included the iconic 88 metre Maltese Falcon, 54.3 metre Spirit and 72 metre Solo.

LYBRA president and Fraser chief executive Raphael Sauleau said this coincided with an increased number of clients visiting the show.

“We have increased the number of boats and visitors which is a rare achievement within a year,” he said. “That’s a positive sign and I think we are on the right track.”

Y.CO sales broker Will Christie and Burgess head of sales Richard Lambert both commended the quality of the superyacht line-up.

“The yachts we’ve got here are fantastic,” said Lambert. “It’s an incredible line-up and we’ve had good client interest.”

Christie added: “The quality of boats is up there, there are excellent Northern European yachts on display.”

Sauleau, Christie and Lambert said they expected even more yachts to attend next year’s event as owners responded positively to the exclusive event.

“The aim is to have between 40 and 45 yachts next year,” Sauleau revealed. However he said the relaxed and exclusive nature of the show would be preserved. “We don’t want too many boats because then it becomes too big.”

Lambert added: “It’s fantastic for owners and brokers to see these yachts in a lot more of a relaxed environment. It’s priced sensibly, it’s very selective, very focused and it’s a good feel for when owners want to visit.”

Sauleau revealed that big plans lie ahead for The Superyacht Show, with discussions underway between LYBRA members about the possibility of launching additional Superyacht Shows to serve the Asian and the US markets.

“Going forward the natural way of expanding the show will be to open it in the US – a lot of our members are US based and we ourselves have a big office in America,” he said.

“The name of the event means you’re not honing yourself in to a specific location, so you have flexibility. We could move without a problem but more importantly it allows us to replicate the show.

“The US and Asia are big markets - you could have five superyacht shows across the world with the same theme and the same international partners,” he said.

Lambert agreed that this would be a “positive step” for the show. “It’s geared for the industry and the clients so there is definitely a market for this to grow and spread,” he said.