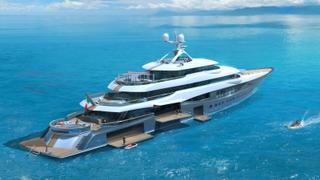 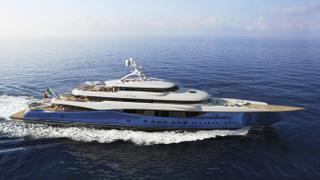 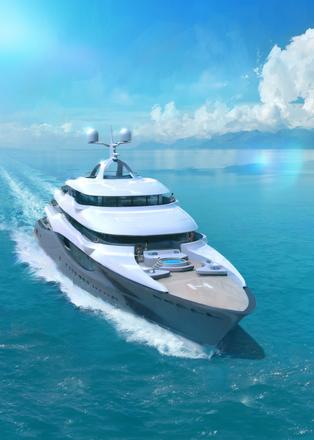 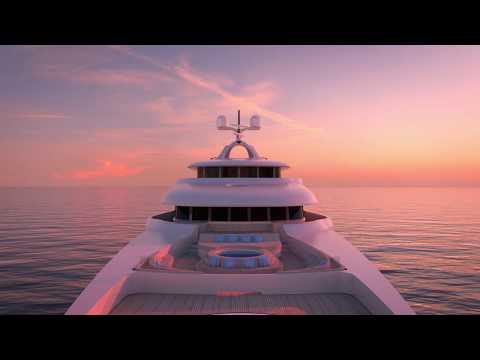 British design studio Claydon Reeves has opened up about its latest 90 metre yacht concept Linea, the first details of which were revealed at last month’s Monaco Yacht Show.

Developed in collaboration with Fincantieri Yachts and interior design specialist March & White, Linea features a flowing profile inspired by classic Italian cars. Mike Reeves, co-founder of Claydon Reeves, explains: “There is an economy of gesture that draws attention to the subtly concave hull detail creating pools of light on the yacht's flanks.”

Take a closer look at the 90 metre superyacht concept Linea

Speaking of pools, the large circular aft deck spa pool is undoubtedly one of the key highlights of this superyacht concept, with a cantilever design allowing the surrounding sunpads to be extended beyond the transom.

Further al fresco relaxation is offered in the beach club below, with its shell doors and folding balconies. This shaded and airy space is ideally suited for working out in the gymnasium.

Meanwhile, the sundeck features a second spa pool, more seating and plenty of shade from the four-pronged mast, and the foredeck boasts a touch-and-go helipad.

The interior layout and general arrangement is undisclosed at this stage, but the studio adds that the seperate owner’s deck features a third spa pool that is intentionally not visible from the bridge, ensuring total privacy.

Despite such a dazzling array of bold ideas, Linea is firmly rooted in reality, as Reeves describes the concept as “completely buildable”.

Other projects currently under development at Claydon Reeves include the 19 metre Aeroboat S6, the studio’s second collaboration with Rolls-Royce.