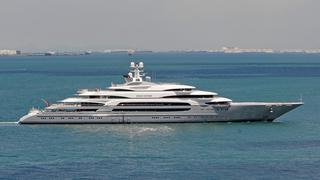 A crew member has died following an accident aboard the 140-metre superyacht Ocean Victory, police have confirmed.

The accident was reported to have happened yesterday, Sunday, March 13, as the yacht was lifting its anchor off Koh Tachai in the Similan Islands National Park, Thailand.

The crew member has been named Toni Hristov Kolev, 33, a Bulgarian national. Mr Kolev was rushed to the Bangkok Hospital, Phuket following the accident involving Ocean Victory’s anchor chain in which he sustained critical injuries to his legs.

Lt Jetsada Vichieng of the Phuket Tourist Police confirmed to local newspaper The Phuket News that police investigations had concluded the incident was an accident.

Boat International has received a statement from Camper & Nicholsons, which manages the yacht. The statement is copied in full below:

"On January 13, 2016, a Camper & Nicholsons International managed yacht, the 140m “Ocean Victory”, suffered a serious incident during normal anchoring manoeuvres at Mu Ko Similan National Park in Thailand which resulted in the tragic loss of life of one of the yacht’s crew. There were no other casualties.

"Next of kin have been informed. Camper & Nicholsons is deeply saddened and our heartfelt sympathies are with the family of the deceased crew. We are providing support to the yacht crew and working with them, the yacht owners, the Cayman Islands and the Thailand authorities to fully understand the cause of what occurred."