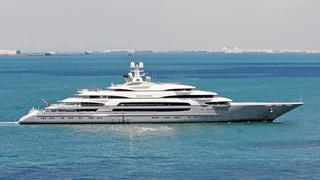 Three months after the death of a crewmember on board Ocean Victory, the Maritime Authority of the Cayman Islands (MACI) has released a preliminary report, which links the fatal accident to a catastrophic failure of the 140 metre Fincantieri superyacht's windlass brake.

Third officer Toni Hristov Kolev, a 33-year-old Bulgarian national, died of his injuries following the incident on board Ocean Victory on March 13.

The report explained that Kolev was dispatched to the forward mooring station, along with a deck hand, during an anchoring manoeuvre off the island of Koh Tachi, Thailand.

The bridge was able to view the entire procedure on CCTV and communicate with the crew members via radio.

The report said: “The master requested a total of five shackles in the water and the third officer continued paying out the anchor chain. At this point the windlass brake failed catastrophically and the chain started to run out in an uncontrolled manner.

“When all nine shackles had run out, the bitter end failed and the loose end of the chain left the chain locker and struck the third officer.”

Kolev’s fellow crewmembers administered “prompt and comprehensive medical treatment”, the report added, but were unable to save his life.

Although the MACI report does not purport to be an investigation to determine liability or apportion blame, it concluded with several key pieces of crew safety advice.

Firstly, it recommended that ‘snapback zones’ around anchoring equipment should be identified and clearly marked. Furthermore, the MACI advised that only properly qualified and experienced personnel who are aware of the potential hazards should be employed in anchoring operations.

The report concluded: “Regular inspection and maintenance of anchoring equipment is essential to reduce the possibilities of mechanical failure.”

An investigation into the Ocean Victory crew death is ongoing, with the full MACI report due to be published in the coming months.