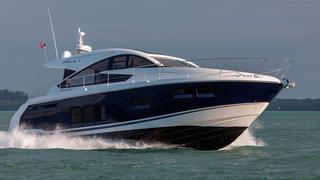 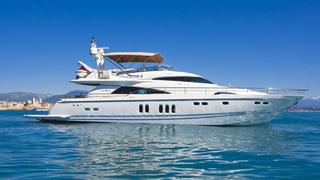 British production yacht builder Fairline Yachts has announced the upcoming launch (March 3) of its first boat since the new company was formed in January.

Formerly known as Fairline Boats, the yard entered into administration in December last year, but its future was secured at the end of January by two long term UK-based Russian investors, who are both passionate boat owners.

The new company, Fairline Yachts, is now managed by Russell Currie, who has almost 30 years of relevant experience.

“We are delighted to announce that this Thursday (March 3) sees the first boat to roll off our production line since our purchase of Fairline Boats from administration," said Currie. "This is a significant occasion and one we want to celebrate. We are delivering on our promise to complete all orders for boats received by the previous owners, a sign of our commitment to our loyal customer base and dealer network.

"We are building a great future for Fairline Yachts and are 100% focused on creating the highest quality luxury motor yachts that boaters want to own and our dealerships around the world want to sell.”

The boat in question is a Targa 48 GT. The sports cruiser has a sociable saloon with an electric hardtop for "a truly wonderful open-to-the-skies experience". The 14.6 metre boat features Volvo Penta engines and three cabins.

The Targa 48 GT is just one of the many production boats on offer from Fairline Yachts. The builder also offers the 24.4 metre Squadron 78 Custom series, for example _D5 _which was delivered in 2008.

Fairline Yachts has continued to operate at the same manufacturing facilities in Oundle, re-employing many of its previous employees.

The yacht builder has had a difficult few years that saw it transition through five different CEOs. In September 2015, Fairline was sold by private equity firm Better Capital to Wessex Bristol, an investment business that also owns sportsboat builder Fletcher Boats.

Fairline began in 1963 when founder Jack Newington acquired a cluster of disused gravel pits by the River Nene and transformed them into Oundle Marina. Their first boat was launched in 1967. She was a 19 foot river cruiser and was followed by the launch of the Phantom 32 in 1974. In 2007, Fairline celebrated its 40th birthday and two years later it built its 12,000th boat — a Squadron 55.