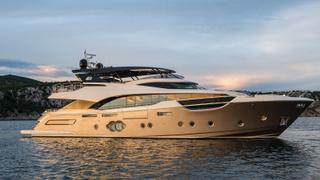 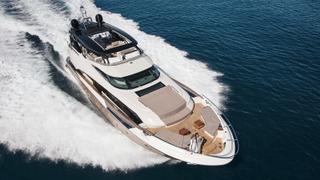 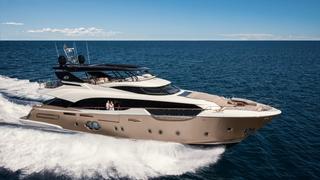 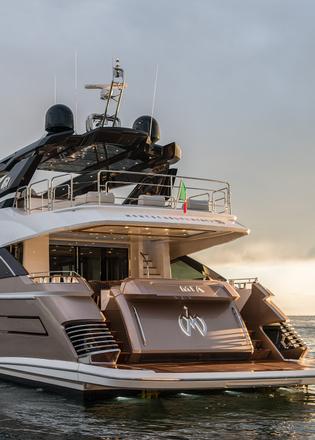 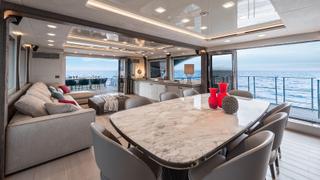 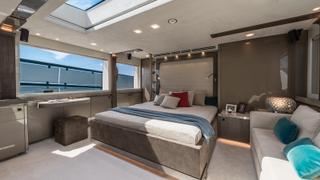 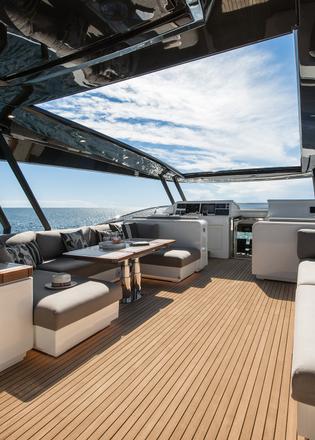 Monte Carlo Yachts has introduced the latest member of its Nuvolari Lenard-designed range by giving the 29.26 metre MCY96 a glittering debut in Venice last weekend (July 29-30).

The first MCY96, Mia was built from Kevlar and carbon fibre to RINA standards, but Monte Carlo Yachts adds that future models can be built to MCA or CE Category A standards upon request.

Speaking at the launch event, designer Carlo Nuvolari said: “We wanted to create something that will create intense pleasure when you look at it, that even in the winter, in the cold, you still desire to be on that boat.”

Carla Demaria, president of Monte Carlo Yachts, explains that the styling of the MCY 96 is influenced by the highly successful MCY 105 range, which has spawned more than six hulls since its July 2015 launch.

Take a closer look at the MCY 96

The hallmarks of the series can be seen in the smooth lines, high bow and sleek profile, reflecting Nuvolari Lenard’s future classic design philosophy.

Key highlights include a full-beam owner’s cabin on the main deck and a fold-out superyacht terrace in the saloon. Mia features a four-cabin layout below decks, but six alternatives have also been designed.

The MCY96 is available in RINA, CE-A or MCA compliant versions

The engine set-up is available in twin 2,200hp MTU or twin 1,900hp MAN variants with a top speed of 27 knots claimed. Fabrizio Iarrera, managing director of Monte Carlo Yachts, added: “The first three units have been already sold and this makes us proud and confident that the new model will be a great hit.”

Other projects currently under development at the Nuvolari Lenard studio include the 139 metre Lürssen superyacht Project Redwood and the 66 metre Turquoise yacht Project NL233.