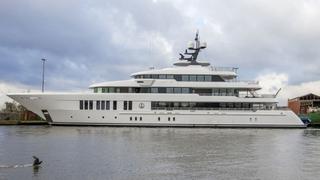 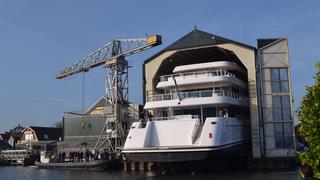 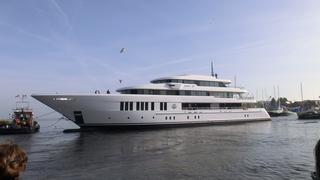 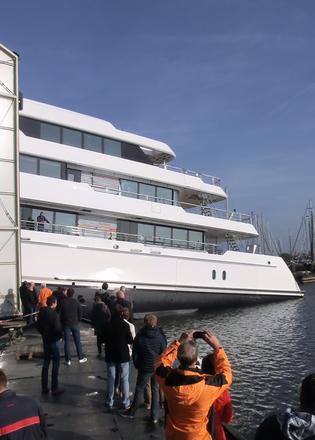 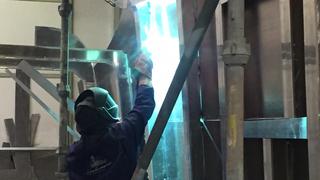 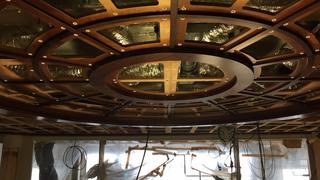 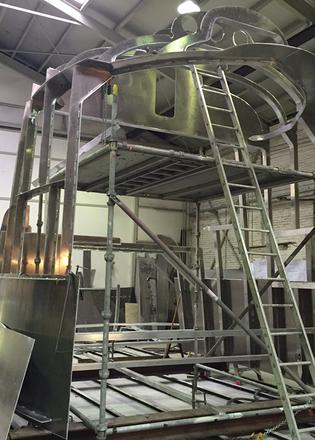 Just J's was sold to her American owners in 2015 by Moran Yacht & Ship. Following the sale she underwent extensive restyling, under the guidance of Sinot Yacht Design, before her launch at Hakvoort's Monnickendam yard in the Netherlands last October.

The experienced and hands-on owners specified light woods and bright colours for the interior, a change from the previous dark woods.

One major change to the superyacht’s interior was removing the hammam planned for the beach club and opening up the space to create a gym, complemented by a dedicated massage room.

She was designed to be a family friendly yacht. In this vein, the sky lounge has also been reimagined as a family room with lots of big, comfortable couches.

Another notable feature is the eye-catching three metre contraflow swimming pool on the sun deck, which is covered in mosaics inspired by the Caribbean Sea.

The master stateroom, located on the dedicated owners deck above the main deck, is decorated in light colours with contrasting accents. There is a large glass dome above the bed and a private outdoor area with a hot tub forward.

She carries a nine metre tender and four jet ski's in the tender garage, all of which can be launched from large gullwing doors on either side.

Naval architecture and engineering for the 1,150 GRT steel and aluminium superyacht comes from Diana Yacht Design.

Twin Caterpillar diesel engines offer a top speed of 15.5 knots, and Just J's has a range of 4,000 nautical miles at 13 knots.

Hakvoort also has an even larger project under construction. The 64 metre Project Something Cool, which was sold just last week (February 11), is due for delivery in 2017.