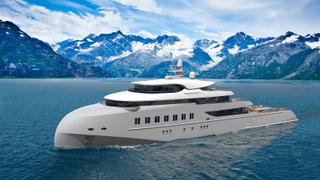 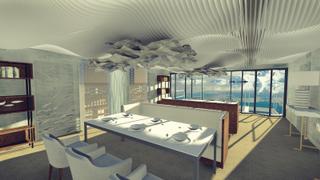 The yacht, which is designed to be chartered all year round, will prove that such vessels are “viable investment opportunities”, according to the designer. The yacht is intended to be run as a “profit making enterprise”.

The company claimed the concept would “dramatically reduce costs for build management and servicing” and be capable of undertaking a 52-week charter season unlike many yachts.

Hawk Yachts chief executive Matthias Bosse said, “This approach allows owners to run the yacht as a profitable business. The super-rich are no-longer content to own trophy vessels that sit in harbour for 45 weeks of the year. Increasingly, we are seeing a desire to live and breathe experiences that are only accessible to the select few.”

The Hawk Ranger has been designed in accordance with ice class unrestricted classification, with a steel hull and aluminium superstructure and mast.

Accommodation will be for a total of 14 guests in an owner's suite, two VIP suites and four guest cabins.

The yacht will also have a top speed of 17 knots and range of 6,800 nautical miles at a cruising speed of 13 knots.

Key features include a garage large enough to accommodate tenders up to 8.5 metres, an observation lounge on the sundeck and a fully certified helideck, which doubles as a sundeck with a pool.

Hawk Yachts revealed that the concept has completed full engineering and tank testing. The shipyard is ready to begin cutting steel in three months, it said, for a construction period lasting 2.5 years.

It comes after the studio revealed designs for two explorer yachts in January; the 56 metre Cape Hawk and 75 metre Sky Hawk.