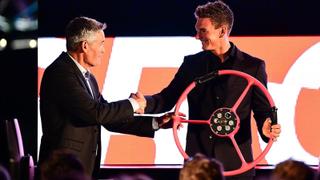 The three-year deal for global broadcast has been signed with British sports production company Whisper Films, which is headed up by F1 stalwart David Coulthard.

The firm, which currently produces Football Association programming for the BBC, US Open Tennis for Amazon and Paralympics coverage for Channel 4, will produce live coverage of the event with pre- and post-race analysis and highlight programmes.

Cutting edge technology, including drones, 360-degree cameras and LiveLineFx technology will create an “immersive, fan centric” experience, according to the company. Coverage will then be distributed to broadcasters around the world.

Whisper Films’ managing director Sunil Patel added: “Together, we believe we will fundamentally change the way sailing is broadcast, and the way fans connect with the athletes.”

The league, which was launched earlier this month, will see six national crews race in five countries in identical 15.2 metre catamarans. The annual event will comprise two racing days with five fleet races before the two leading teams face off in a final match race. The final event in Marseille will culminate in a $1 million championship race between the season’s top two teams.