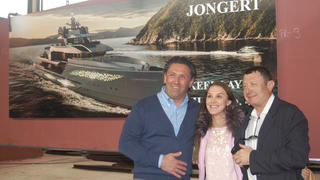 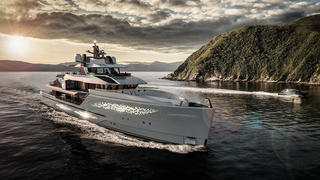 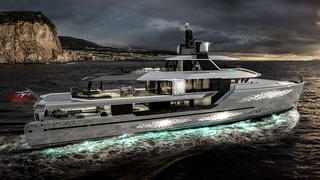 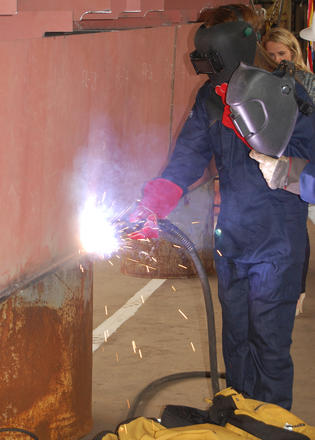 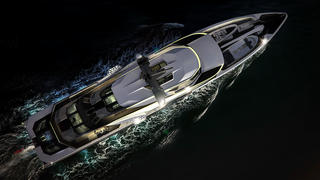 Construction has begun on the 47 metre Jongert superyacht project Revolution after the owners attended the official keel laying ceremony.

Sold in January, with Golan Levi of Swell Yachting in Israel introducing the buyer, this Vripack-designed superyacht is the first new Jongert project since the 18 metre motor yacht Tommy, which was launched in 2013.

Revolution is the realisation of the 2015 Vripack yacht concept Flow, which was inspired by 3D printing with transparent lookout stations situated on the main deck.

Take a closer look at the 47 metre Jongert Revolution

As these renderings of Revolution show, Vripack has taken the idea one step further, with these hexagonal cut-out sections lighting up at night to create a spectacular exterior effect. Hoekstra explains: “When you take a piece of paper in your hand, fold and cut it and place pieces on top of each other you get the effect we created.”

On board, Revolution will feature accommodation for 16 guests and 11 crew, while the options for relaxation are plentiful. The superyacht swimming pool measures six metres long with an adjacent Jacuzzi, while the aft-deck gym spreads over 28 square metres of deck space.

A vast tender garage means Revolution can carry an eight metre limousine, and all of this is contained in a total interior volume of just under 500GT.

Power will come from a diesel-electric pod-drive propulsion system from Veth that takes up 50% less space than the traditional alternative. Hoekstra adds: “Those Veth pods don’t even exist yet. Veth is inventing them as we speak.”

When complete, Revolution will have a top speed of 14 knots and Jongert plans to showcase her at the 2018 Monaco Yacht Show.