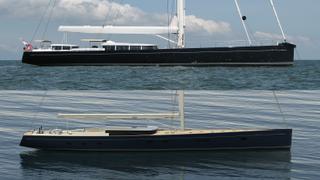 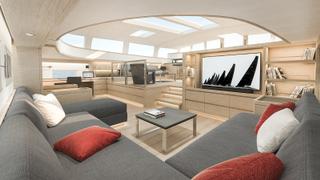 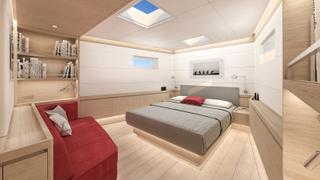 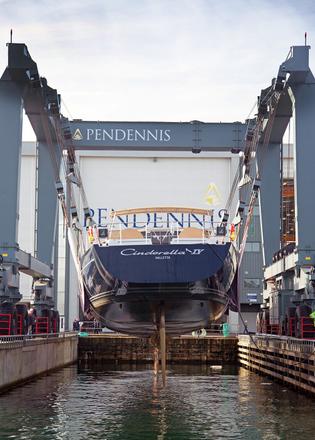 British superyacht refit yard Pendennis has revealed that the 39 metre sloop G2 is mid-way through a nine-month makeover.

Built from carbon composites by Dutch yard Vitters and launched in 2009 as Cinderella IV, she was sold in May 2017 and arrived at Pendennis last autumn. Under the supervision of owner’s representative Benjamin Stitt of Cornelsen & Partner, she is currently being transformed and given a sleek, modern look drawn up by her original designer Bill Tripp.

Key changes include the removal of the aft cuddy cabin, freeing up more deck space for al fresco relaxation. Elsewhere, a new glass skylight over the pilothouse will add to the bright and airy atmosphere on board.

Her original Donald Starkey interior has been reimagined by the Milan-based studio Nauta Design, who have opened up the saloon and repositioned the bulkhead aft of the owner’s cabin. The new décor is described as minimalist with natural woods and geometric features that reflect the modernised exterior.

Cinderella IV will be relaunched this summer as G2

Accommodation on board G2 is for up to eight guests and five crewmembers, while her single 444hp MAN diesel engine allows for a top speed under power of 10.5 knots.

Pendennis plans to relaunch G2 in June and she will be delivered to the Mediterranean in July, pending successful sea trials. Other superyacht projects currently under development at the British yard include a 38.8 metre new-build sailing yacht, which is due for imminent delivery.