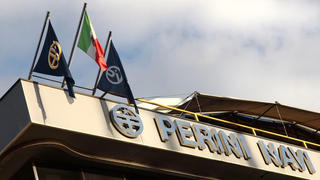 The Perini Navi Group has announced that Italian investors the Tabacchi family are to become one of its major shareholders. Formally announced at a press conference in Milan earlier today (May 10), the Tabacchis will hold a 49.9% share in the company, acquired through a €27 million capital injection via holding company Fenix.

The remaining 50.1% will remain under the control of Perini Navi founder Fabio Perini through holding company Faper Group, of which Perini is also the founder. Fabio Perini will now assume the role of honourary chairman of Perini Navi Group while Lamberto Tacoli, president of Nautica Italiana and former CEO of Ferretti-owned builder CRN, will become the Group’s new chairman and CEO.

Speaking at the press conference, Tacoli added that Edoardo Tabacchi would be assisting him as deputy chairman, alongside current Perini Navi chairman Fabio Boschi, and explained of his move, “I was not looking for a job, but was looking for a home.”

“It is fantastic to see two large families in command of a top Made in Italy brand,” said Edoardo Tabacchi, who formerly owned eyewear giant Salmoiraghi & Vigano. A passionate yacht enthusiast, Tabacchi is also the former owner of 60 metre CRN Blue Eyes and spoke about his love of yachting with fellow owners Brian O’Sullivan, Alexander Rosa-Alscher and Paola Trifiro at 2016’s Superyacht Design Symposium.