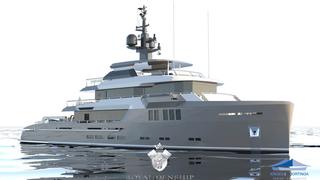 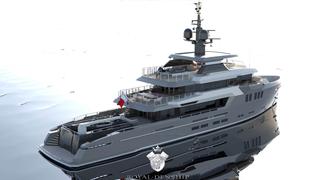 The construction of a new 42 metre Expedition 137 has begun at Dutch shipyard Royal Denship. The keel of the explorer motor yacht has been laid and the build is on track to be delivered in 2017.

Royal Denship was declared bankrupt in 2009 but the brand re-emerged last year, as part of the Hartman Marine Group, to continue its fine pedigree of building superyachts. This announcement further supports market intelligence that suggests the industry has been boosted by growing demand for explorer yachts, as owners seek to visit more remote destinations.

Dutch design studio Kroes & Poortinga has used its expertise from designing commercial ships to create the styling and naval architecture of the Royal Denship Expedition 137.

The yacht is being built from steel and aluminium and will be powered by twin Caterpillar C32 Acert engines. An expected range of 4000 nautical miles will be possible when cruising at 11 knots and the yacht has an estimated top speed of 14 knots.

The explorer yacht will offer accommodation for up to eight guests, served by a crew of eight. It will be equipped to carry a 7 metre tender as well as two personal water-craft.

The yacht is being built on spec but the yard hopes that an owner will join the project. Royal Denship is able to adjust the features, styling and layout according to the wishes of the owner.