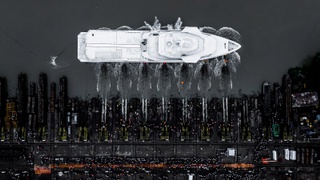 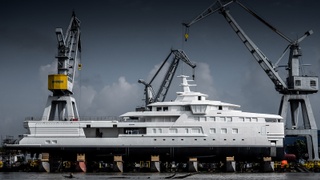 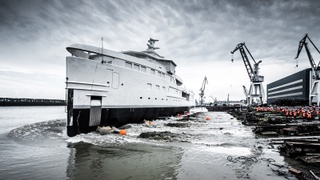 The yacht arrived in Vlissingen this week following her launch on June 3 at the yard's Galati facility ahead. The customised explorer passed its keel laying milestone in July 2018 and is due for delivery in September 2020.

La Datcha was commissioned by a client wanting to use the expedition yacht as a surfing, diving and heliskiing platform. The 2,560GT yacht follows the first SeaXplorer 65, which was launched in July last year.

Detailed renderings of the SeaXplorer 77 were first presented at the Monaco Yacht Show in September last year. Designed by Azure Naval Architects, the six-decked expedition yacht offers accommodation for 12 guests, as well as 25 members of crew including guides and pilots.

The owner's apartment and two VIP suites will sit alongside an observation lounge and outdoor deck. The yard previously described the yacht as “the ultimate crossover of superyacht quality and finish with serious capability”.

The yacht has an impressive inventory of expedition equipment, including two helicopters, a helideck and hangar, dive centre and two tender garages fore and aft. Designed for long periods at sea, the SeaXplorer has the capability to carry enough provisions and fuel for 40 days between port calls.

Amels and Damen managing director Rose Damen previously described the SeaXplorer 77 as “a yacht for all seasons for clients who want to make more use of their time to explore the world.”