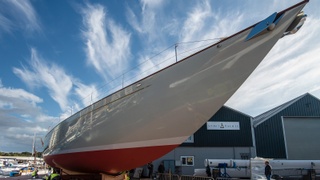 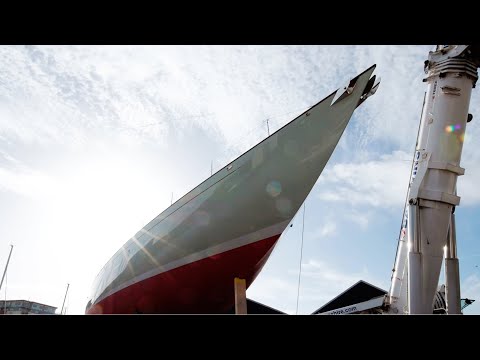 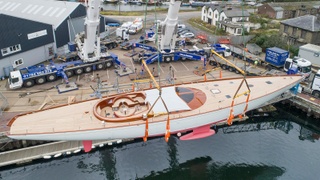 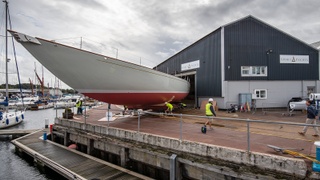 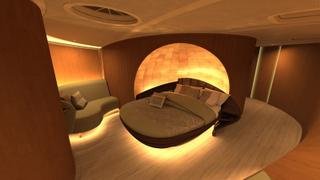 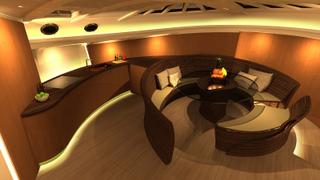 Spirit Yachts's 33.9 metre flagship Spirit 111 sailing yacht Geist has now left the Suffolk based yard and is en route to the south coast of the UK.

Since hitting the water for the first time on October 8, the yacht has been based at the Spirit yard for commissioning, which included the installation of the mast, boom and sails.

The yacht is now the thee largest single-masted wooden yacht to be built in the UK since Shamrock V in 1930 and is also the largest sailing superyacht to come from the Suffolk-based yard to date, easily surpassing the 30.66 metre Gaia, which launched in 2007.

Spirit Yachts managing director Nigel Stuart paid tribute to the yard's diligence in the construction of the yacht. "We're obsessed," he said. "A lot of hard work and passion has gone into it and our people are just so determined to make sure it’s perfect."

Spirit has also revealed more details about the eco-credentials of the yacht, which is powered by a Torqeedo electric propulsion system using a 100kW motor. This can propel the yacht for up to 40nm at eight knots from battery power alone. The four BMW lithium battery banks will be recharged during sailing by the rotating propeller shaft.

Stuart previously described the yacht as "one of the world's most sustainable superyachts".

"From construction using responsibly sourced timber to carbon-saving systems whilst in operation, the Spirit 111 sets a new standard for reducing the impact sailing has on our environment," he said.

He also revealed that the owner intends to "spend the majority of his time away from marinas enjoying sailing and anchoring in bays."

The yacht has been designed with a simple sail plan to enable cruising without crew. Spirit founder and head designer Sean McMillan described this as "nothing less than a feat of engineering."

"The yacht’s impressive strength to weight ratio, a carbon rig and lightweight, performance sails will allow the owner to compete competitively in the Mediterranean regattas," he added.

The launch of the yacht comes after the yard revealed the "flowing" interiors of the sailing yacht for the first time. Penned by Rhoades Young, the interior design features the "sleek contours" of the interior walls, bulkheads and furniture which unite to create a "flowing design".

The initial interior concepts and drawings by Rhoades Young were later refined by Spirit Yachts' in-house design team, who worked closely with the owner. It is the first time the Ipswich based yard has worked with an external interior design firm.

Speaking about the project, Rhoades Young partner Jonathan Rhoades said: “It was a joy to work with a client with an absolute passion for design. The brief was a combination of his love for furniture and organic architecture." Stuart described the interior as "a work of art".

The bespoke seating and bed heads were built by former Spirit Yachts employees Will Fennell and Ben Jackson. The two-part seating arrangement is constructed out of strips of American walnut, while the completed sofa, which features "sweeping curves", took over 1,000 man hours to build by hand.

Accommodation meanwhile is for a total of eight guests in four ensuite cabins, including the forward owner's cabin.