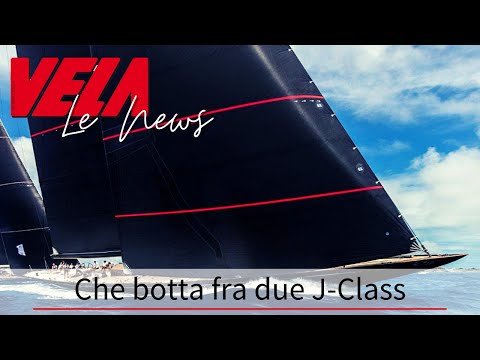 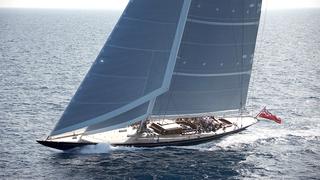 Svea Found at Fault in J-Class Collision with Topaz

A decision has been reached on the cause of the shocking collision between J Class sailing yachts Svea and Topaz during the Superyacht Challenge Antigua earlier this month.

The 43.6 metre Svea was captured riding over the stern of the 42.6 metre Topaz, resulting in the injury of three crew members.

A hearing report released by the J Class Association on the incident found Svea responsible for the collision for failing to keep clear as the port tack boat. It also concluded that it was deemed impossible for Topaz to avoid the collision.

The incident occurred shortly before the first race on March 12, with Topaz approaching the starting line around one minute and 40 seconds ahead of the start of the race.

Svea, on port, was on course to collide with Topaz and attempted to bear away at the last moment. Despite Topaz luffing to avoid the crash, Svea collided with the port side of Topaz, causing serious damage in the process.

Topaz’s boom, back stays and mainsheet were broken while the port runner was torn off. The mast was put under “extreme load” according to the report, and will undergo further inspection.

Two crew members on board Topaz were thrown from the boat, including one who suffered four broken ribs when he was pushed overboard by the bow of Svea. A crew member on board Svea was also pulled from the boat by the runner tail of Topaz.

Following the collision, both yachts immediately retired from the race and the Superyacht Challenge Antigua. Dramatic footage of the collision was captured on board fellow J Class yacht Velsheda.

Both Topaz and Svea are race veterans and have competed against each other in a number of international sailing regattas, including the St Barths Bucket and the Superyacht Cup Palma.

Built by Vitters, Svea was launched in 2017 making her the newest member of the J Class fleet. Topaz is also a modern J Class, and is based on an unbuilt 1935 Frank Paine design. Topaz was delivered by Holland Jachtbouw in 2015.